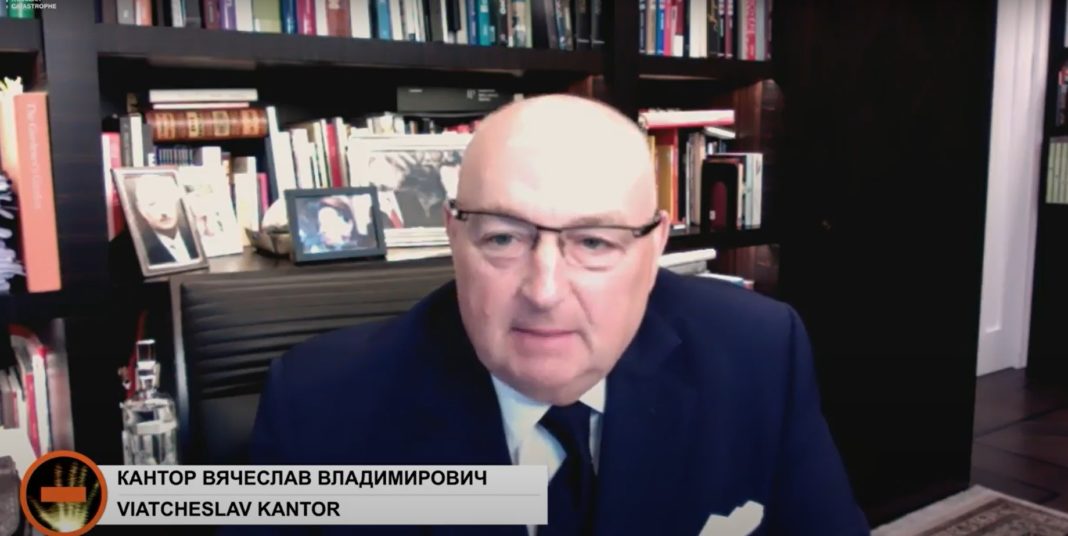 As usual, I wish you good morning, good afternoon and good evening!

I am very pleased to welcome the distinguished members of the Supervisory Board of the Forum – Sam Nunn, Bill Perry, Rose Gottemoeller, Bill Potter, and of course Russian Deputy Foreign Minister Sergey Ryabkov, who has agreed both to participate and to speak. I also welcome the presence here today of some of the world’s leading American and Russian experts on the issues planned for discussion.

Everyone is well aware of the current state of U.S.-Russian relations, which are at their lowest point in decades. The challenge is to make sure that no one knocks from below and drags them down even further on a positive note, concerns regarding the fate of the existing Start Treaty have noticeably decreased following the launch of the new US administration and the five-year extension of New Start.

After the Treaty’s extension, numerous forecasts and recommendations have emerged regarding what Russia and the U.S. could do over the next five years in order to preserve the general principles of strategic stability after 2026. The experts are proposing both qualitative and quantitative aspects of further nuclear arms control, taking into account such topics as autonomous and hypersonic weapons, missile defence developments, strategic non-nuclear weapons, the introduction of certain limitations from the INF treaty, reviving the Iran nuclear deal, the Open Skies Treaty and opportunities to engage China.

Many experts believe that the United States will be able to begin discussing the format of the follow-on treaty only after the development and approval of the new U.S. Nuclear Posture Review (NPR), which is conducted by every new administration when it takes office. this process may require a considerable amount of time. If this should be the case, there could be insufficient time remaining for negotiations in order to manage to agree on the text of the follow-on treaty before 2026, given the many new issues to be addressed.

First and most important, among these new issues is the intention to include in the follow-on treaty all US and Russian nuclear weapons, both strategic and non-strategic. While both nuclear powers have extensive experience in the counting and verification of strategic arms, a number of questions immediately arise regarding non-strategic nuclear weapons systems. There is existing verification experience under the Intermediate Range Nuclear Forces Treaty, but it is insufficient in the present circumstances.

The new issues are related primarily to the imbalance in non-strategic weapons between the two countries due to the clear differences in the geopolitical context of Russia and the US, to the requirement to categorize these weapons as deployed or non-deployed, and to the large number of dual-use missiles placed among hundreds of locations in a vast territory.

Finally, all non-deployed non-strategic weapons in Russia are stored in centralized locations together with strategic nuclear warheads, some of which are designated for disarming.

Similar issues arise with respect to US nuclear weapons.

Consequently, issues immediately arise regarding the development of the very format of the follow-on treaty, which must include all the new types of nuclear weapons currently being developed, such as autonomous systems and hypersonic weapons. Even more challenging, verification of respecting its terms must be an integral part of any such document. Experience has shown that considerable effort and time will be required to develop and to agree on the entire verification system.

The big question is whether the range of issues can be solved through the negotiating process by 2026.

Some or all of the issues I have described could be usefully discussed today during our conference, so that we can hear the proposals of the American and Russian experts. Given the limited time available for such a discussion in the online format, it would be great if we could at least consider possible solutions to most of the problems, so that we can then continue the discussion at future conferences and seminars.

In conclusion, I cannot overlook the especially dangerous aspect of regional conflicts, with subsequent escalation, which has been discussed in recent years. Threats of the actual use of such weapons can be found in doctrinal documents and have been included in the discussions of influential experts, including some who are taking part in our conference today.

The discussion now centers not only on how to prevent this threat, but also on how to minimize catastrophic damage from nuclear explosions through the reduction of warhead capacity when they are used, in particular, to de-escalate the possible development of nuclear conflicts.

One can only regretfully note the departure from the fundamental conclusions of our distinguished predecessors, who considered any use of nuclear weapons to be absolutely unacceptable: here I include the long-standing conclusion of Mikhail Gorbachev and Ronald Reagan that it is impossible to win a nuclear war.

I do believe that measures to prevent any use of nuclear weapons should always be part of our discussions in the Luxembourg Forum.

Sometimes just one idea or just one powerful narrative can fundamentally change our understanding of the world around us. This is what happened to me almost forty years ago, when I first heard Henry Kissinger speak.

Luxembourg Forum Supervisory Board member Henry Kissinger has said that, in the past, the fear of a new world war among U.S. and Soviet leaders was so existential in nature that, after the Cold War ended, peace depended to a great extent on the parties’ ability to make asymmetrical concessions.

Perfect symmetry is a rarity, not only in nature but in all spheres of human activity. The 76 years separating us from the catastrophe of World War II have negated our shared understanding of the need to negotiate a nuclear peace, even when there are significant differences in starting positions.

This capacity to achieve mutual understanding is absolutely vital today.

I thank you for your attention and wish you a very fruitful discussion.

Speech by EJC President at the Presentation of Book Series “An And to Antisemitism!” Vienna, Austria

Dear President Sobotka, Distinguished guests Dear friends, We are gathered here today, on the anniversary of Kristallnacht, the day that symbolised the beginning of the darkest period...
Read more
Documents

Speech by Dr. Moshe Kantor at the Conference of the Kantor Center at Tel Aviv University “Who is an antisemite? The polemic and its significance”. 16 June 2021

Speech by Dr. Moshe Kantor at the Conference of the Kantor Center at Tel Aviv University “Who is an antisemite? The polemic and its significance” 16 June...
Read more
Documents

Ladies and gentlemen, Dear colleagues and friends! As usual, I wish you good morning, good afternoon and good evening! I am very pleased to welcome the distinguished...
Read more
Documents

Statement by the President of the Luxembourg Forum on July 15, 2020, at a special conference session on the “Intellectual Legacy of the Academician Sakharov and Issues of Strategic Stability”

Ladies and gentlemen, distinguished colleagues, Good morning, good afternoon and good evening!  In accordance with the Forum’s plans, even before the pandemic struck we intended to...
Read more
Documents

Ladies and gentlemen, distinguished colleagues! I thank you all for taking part in our online conference, despite the difficulties posed by different time zones. And...
Read more
Documents

The Kantor Center Annual Report on Antisemitism Worldwide in 2019