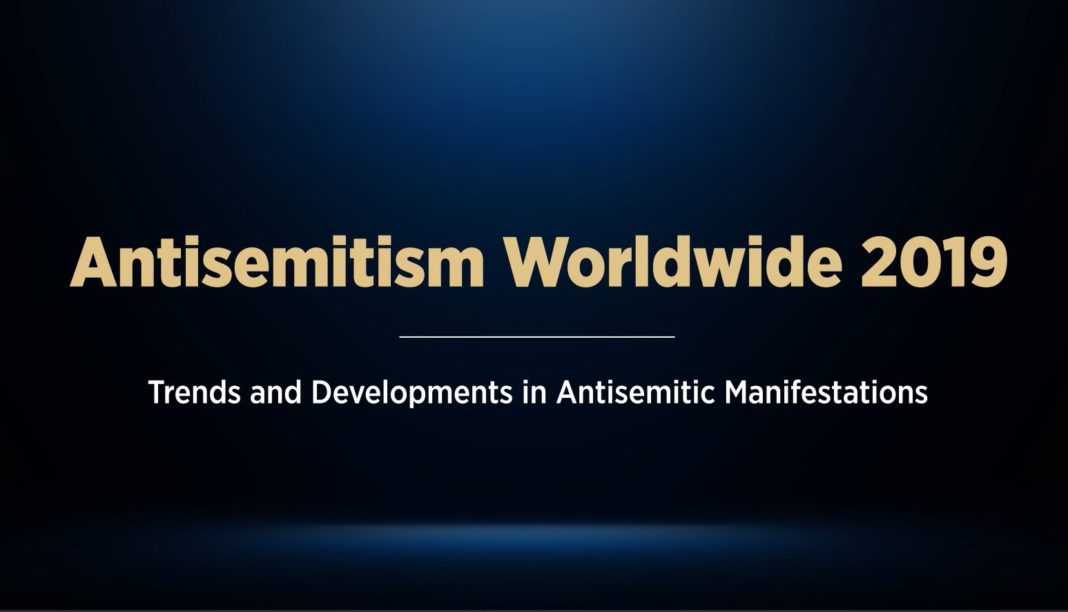 “The Coronavirus Crisis is Reviving ‘Blood Libels’ Against Jews”, Dr. Moshe Kantor said at the release of the report today

(Monday, 20 April 2020) – Dr. Moshe Kantor, President of the European Jewish Congress (EJC), said today that already in the first few months since the global breakout of the   Coronavirus, there has been a rise in antisemitic manifestations relating to the spread of the disease and the economic recession triggered by the pandemic.

Dr. Kantor was speaking during the release of the Annual Report on Antisemitism Worldwide 2019, by the Kantor Center at Tel Aviv University.

“Since the beginning of the COVID-19 pandemic, there has been a significant rise in accusations that Jews, as individuals and as a collective, are behind the spread of the virus or are directly profiting from it,” Dr. Kantor said. “The language and imagery used clearly identifies a revival of the medieval ‘blood libels’ when Jews were accused of spreading disease, poisoning wells or controlling economies.”

“Unfortunately, these manifestations are continuing the consistent rise of antisemitism over the last few years, especially online, on the streets and in mainstream society, politics and media.”

Dr. Kantor added that in addition to dealing with stopping the spread of the virus and with the economic consequences of the crisis, global leaders need to also address the rise of populism and extremism that could result from this crisis. Kantor noted examples from the financial crisis of 2007 and the Great Depression, which led to the rise of fascism and Nazism

“Alongside trying to control the spread of the virus and taking care to lessen the effects of the financial downturn, the international community should not ignore the societal and political crisis that is already starting to emerge,” Dr. Kantor said.

“With the increased use of social media, especially in places where direct social contact is more and more suppressed, easy solutions will be spread that involve conspiracy theories and hate, providing simplistic answers for the growing anxiety among of the general public.”

“As unemployment numbers will begin to spiral out of control, more people may seek out scapegoats spun for them by conspiracy theorists. Our leaders need to address the problem of growing extremism and hate now, to get ahead of the problem that is already at our door.”

Referring to the statistics compiled by the Kantor Center, Dr. Kantor demonstrated that

in 2019 we saw a dramatic rise of 18% in antisemitic incidents, whether violent, verbal or visual, continuing the steady rise of antisemitism of the last few years.

The total number of severe and violent incidents monitored worldwide by the Kantor Center in 2019 was 456, compared to 387 incidents in 2018.

The number of persons physically attacked also rose in 2019 by almost 30 (a rise of 22%), life-endangering threats by 40 (an increase of 47%), and an additional 25 private properties were damaged (a 24% rise). Additionally, seven Jews were killed in antisemitic incidents last year.

“Not only have the numbers increased substantially but the worst types of attacks grew, which should be extremely disturbing for leaders and authorities around the world,” Dr. Kantor added.

“It was precisely because of these worrying and dangerous trends that we gathered 50 world leaders in Jerusalem during January at the Fifth World Holocaust Forum,” said Dr. Kantor, who is also President of the World Holocaust Forum Foundation, and the initiator of the historic event at Yad Vashem on the 75th anniversary of the liberation of Auschwitz. “We succeeded in placing the importance of combatting antisemitism on to the global agenda. The next step must be a concerted and coordinated international action plan.”

The Kantor Center Annual Report on Antisemitism Worldwide 2020 The significant rise in extremism and the widespread increase in antisemitic conspiracy over the last year...
Read more
European Jewish Congress