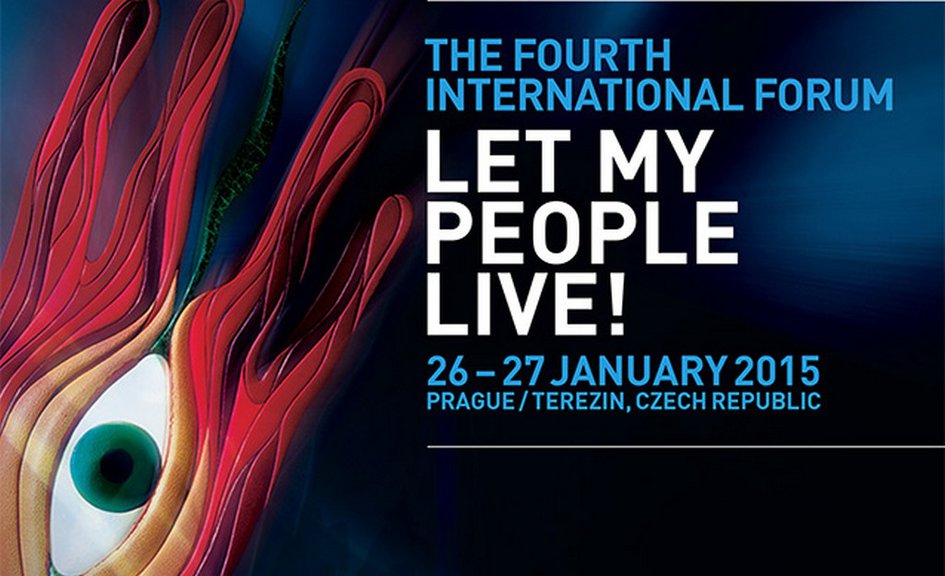 PRAGUE, CZECH REPUBLIC, 26-27 JANUARY 2015
On 26-27 January 2015, the Fourth International “Let My People Live!” Forum was held in Prague and Terezín (Czech Republic) to mark the 70th anniversary of the liberation of Auschwitz-Birkenau concentration camp. Several hundred distinguished guests, including heads of state, political leaders, members of parliament, diplomats, scholars and public figures from many countries, one of few surviving Auschwitz-Birkenau liberators Leonty Brandt, former prisoners of the concentration camps and Holocaust survivors attended the event.

The two-day event consisted of two major parts, the Forum of World Civil Society held at Prague Castle and the commemorative ceremony in Terezín, focused on remembering the past and reflecting on the present at a time when rising anti-Semitism and intolerance pose a threat not only to the survival of Jewish communities in Europe, but also to the security of Europe as a whole.

The Forum, organised by the European Jewish Congress and the World Holocaust Forum Foundation with the European Parliament and its President Martin Schulz, was attended by over 900 guests, including 30 official delegations and representatives of parliaments, European heads of state and international celebrities, experts and scholars, who gathered together at Prague Castle to participate in three discussion panels focused on anti-Semitism, neo-Nazism and religious radicalism.

On 27 January 2015, Czech President Miloš Zeman hosted the final session of the Forum and official ceremony to commemorate the Holocaust’s victims. The National Philharmonic of Russia, 98 musicians under the direction of Vladimir Spivakov, performed the Yellow Stars concerto for orchestra by Isaac Schwartz accompanied by video about the Holocaust history. After the on-line minute of silence linking three other concentration camps, guests were invited to participate in the commemorative ceremony in Teresienstadt, a concentration camp that served as a transit station on the way to other death camps. Teresienstadt inmates included many musicians, composers, cartoonists and poets, who maintained their art by publishing Vedem magazine. World-famous cantor Joseph Malovany and Oscar winner Sir Ben Kingsley performed during the ceremony.

At the conclusion of the Fourth International Holocaust Forum, participants adopted a Declaration on Combating Anti-Semitism and Hate Crimes.

KRAKOW, 27 JANUARY 2010 The third “Let My People Live!” International Forum to mark the day 65 years ago when the Red Army liberated the...
Read more
WHF