Leading the Good Fight Against Antisemitism 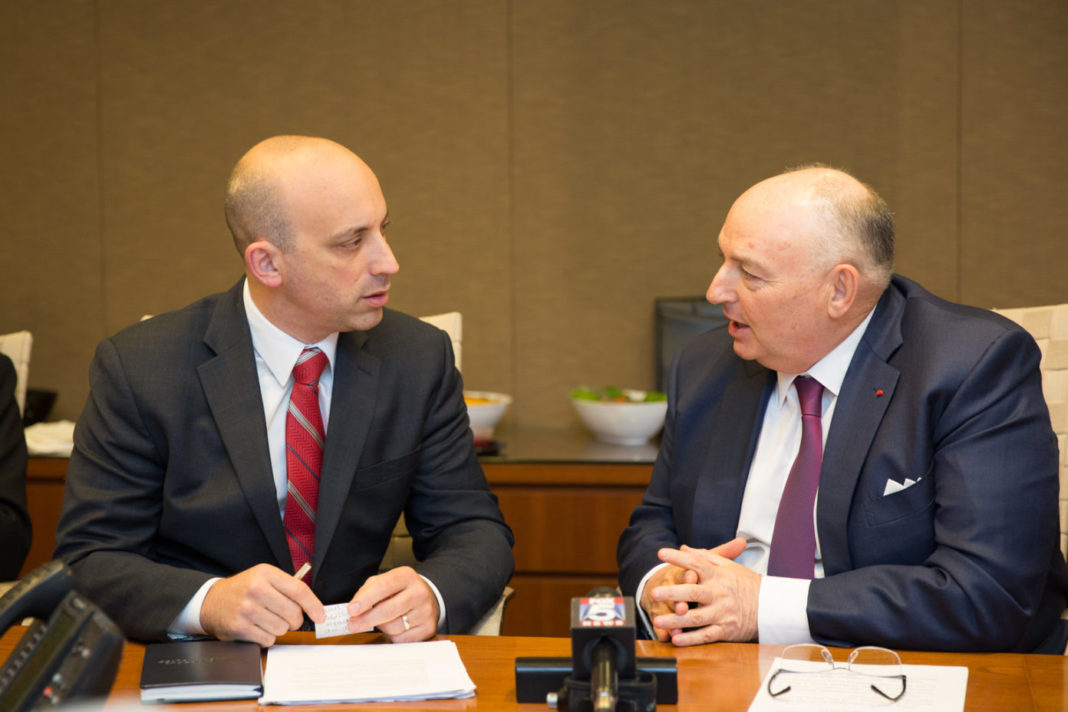 Antisemitism in a globalised world knows no geographical boundaries, so it is important that this topic is central at the ADL Summit. On behalf of 42 national Jewish communities across Europe, I commend the work of the ADL in fighting antisemitism and all forms of hate around the world.

These discussions could not be more timely. Across the Old Continent, as in the United States, we are witnessing the rise of antisemitism.

It is manifested in its sharpest form in parts of Western Europe – home to our largest communities – where violent attacks, most notably in France, mean that neither the public nor the private space are today safe for Jews.

We were reminded of this only a few weeks ago with the brutal murder of Mireille Knoll, an 85-year-old Holocaust survivor, who was stabbed and burned in her own home in Paris. It is not the first murder of Jews in France in recent times, which have seen the shootings of Jewish schoolchildren, a massacre in a Jewish supermarket, the defenestration of a Jewish woman and the savage kidnapping and murder of a Jewish youth.

Tens of thousands of French Jews have voted with their feet, relocating either to other parts of the country, or abroad, because of antisemitism.

In Germany, the mundane decision of wearing a yarmulke outside is now considered an act of high risk. In 2017, the country recorded 1453 antisemitic incidents, an average of four a day.

Across Europe, extremists from the far-right are marching down the streets and into our parliaments. The Holocaust is denied, minimized and relativized, even by some governing parties in Central and Eastern Europe.

In Britain, Labour Party Leader Jeremy Corbyn, a man many see as a future British Prime Minister, has called the genocidal terrorists of Hamas and Hezbollah his “friends”, and allowed antisemitism to fester in his party with various members denying the Shoah, preaching hatred against Jews and calling for the destruction of Israel.

Antisemitism, old and new, is clearly on the rise, at the highest political echelons, in religious institutions and on the streets. Even our homes are no longer safe.

This is the reality of Jewish existence in 2018 in Europe. It is the sign of a profound societal sickness.

We need our leaders to do their utmost to bring Jewish communal life back to normal. We welcome the acknowledgement of the problem and commitment to fighting it, notably by President Macron, Prime Minister May and Chancellor Merkel, but now we need further action, both from governments and from civil society.

We need an end to hate speech and incitement against Jews and other minorities. We need to strengthen the educational and legislative tools to fight hate, racism and antisemitism. We need a shift in society’s way of thinking on these issues to return to our secure and democratic way of life.

With the recent rises in antisemitism on both sides of the Atlantic honestly and courageously charted by the ADL, this is a global phenomenon which requires global solutions.

We cannot fight antisemitism as if it is only a Jewish problem. Hatred and intolerance are society’s problems, and together we must act and lead the good fight.