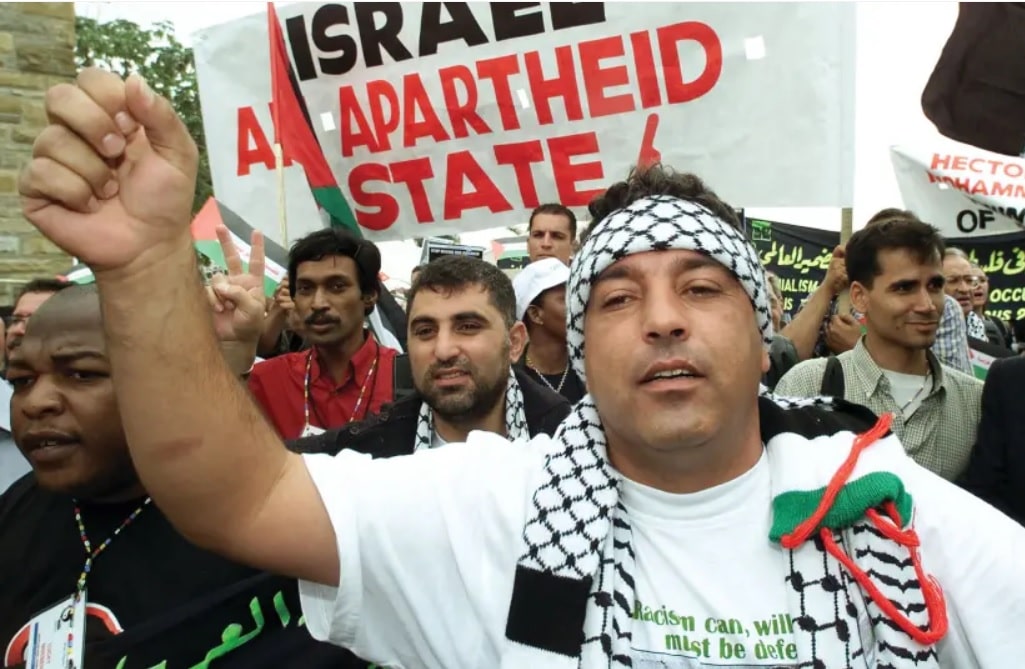 No single one of the 27 member states of the European Union must gratify the Durban Review Conference with its presence. Doing so accords further legitimacy to Israel haters

Twenty years ago, representatives from around the world gathered under the umbrella of that most prestigious and most legitimate of all organizations to address one of the most pernicious problems affecting the world. Sadly, it turned into an unmitigated disaster, because a vital conference that was supposed to address racism was itself hijacked by hate and intolerance.

In 2001, the United Nations held the World Conference on Racism, Discrimination, Xenophobia and Intolerance, in Durban, South Africa. At that summit – the premier international summit on anti-racism – no Jew was safe, and no Jew has been safe from the effects of Durban for the last 20 years.

The Jewish people know what racism, discrimination, xenophobia and intolerance are. In living memory, we were witness to its greatest physical manifestation in the systematic murder of six million of our people. As victims of racism, then and now, Jews welcome any initiative that helps to draw its widest possible lessons for the future.

What we received at Durban however was a festival of targeted racism. A “circus of calumny” in the words of Holocaust survivor and Nobel Peace Prize Winner Elie Wiesel.

A conference sponsored by the United Nations and held under its banner became for every Jew that attended it and every Jew who read or heard of it the worst international manifestation of antisemitism in the post-war period.

Heads of states which persecute religious and ethnic minorities back home came to Durban to relativize and minimize the Holocaust and denounce the one Jewish state for genocide and apartheid.

A program was formulated that would turn these crimes, which Jews had suffered from, into propaganda tools to demonize and dehumanize Jewish collectivity in its indigenous and ancestral homeland.

At a parallel UN-sponsored NGO forum in the same city, The Protocols of the Elders of Zion, a fabricated antisemitic text purporting to describe a Jewish plan for global domination, was distributed alongside pictures used in antisemitic and Nazi propaganda, including hooked-nosed Jews with money bags and hands dripping with blood. Marchers, apparently all anti-racists, converged on Jewish community institutions and screamed at young Jewish activists.

The UN could have sought to remedy that perverse misuse of the anti-racist struggle by admitting its mistake, by apologizing for deliberately removing the victims from the struggle against racism, and by convening a new conference under a new format and at a new location to comprehensively address antisemitism, racism and all forms of intolerance.

Instead, it chose to double down. In April 2009, the UN held a follow-up conference with a new planning committee, this time chaired by a representative of Colonel Ghaddafi’s Libyan terror regime. Naturally, it gave its opening speech at the subsequent Durban II Review to the world’s then most notorious Holocaust denier, Iranian president Mahmoud Ahmadinejad. Jew-hatred from a UN podium was further legitimized, the only Jewish state was single-handedly targeted and Jews were further marginalized. And on to 2011, when it ‘tripled down’ with a further celebratory, “anti-racism” event to mark the 10th anniversary of the first hate fest.

This Wednesday, there is to be a Durban IV Review Conference, marking the 20th anniversary of the original event and seeking to adopt a political declaration calling for the full and effective implementation of the original document, the same one adopted in an atmosphere of racism, antisemitism, Holocaust denial and attempts to reject Israel’s right to exist.

All parts of the anti-racism movement deserve so much better than to be tampered by association with the Durban IV summit. The theme of this year’s conference will be “Reparations, racial justice and equality for people of African descent.” This vital issue is too important to be indelibly marked by association with an event sullied by racism itself. It is too important to be hijacked by those with an intolerant agenda.

MAKE NO mistake: Durban IV, like all the other Durbans before it, does not exist in a vacuum. For 20 years now, its ripples have spread around the world to legitimize every so-called anti-racism activist who seeks cover for their personal Jew-hate. Durban has not only gloss-coated antisemitism. It has painted anti-racism itself in the worst possible hues.

This conference in its current form is not an anti-racism conference and no one committed to combating racism should attend it.

All of these countries have voiced concerns that the conference will again be hijacked and misused to promote Jew-hatred and to target Israel, and are fully aware that the dark legacy of Durban can never be a solid basis or an instructive outcome in the fight against racism.

Others have argued that precisely because of this history, it is essential for democracies to continue engaging in these fora. But Durban, its participants and its resolutions can never be anti-racist if they exclude Jews and Jewish experiences of racism. Durban is the manifestation of a hierarchy of oppression, with Jews trodden down at the bottom of it.

The struggle against racism, discrimination, xenophobia and intolerance deserves better than this. No single one of the 27 member states of the European Union must gratify the Durban Review Conference with its presence, according further legitimacy to the haters.

The writer is president of the European Jewish Congress, the European Council on Tolerance and Reconciliation and the World Holocaust Forum Foundation.