IAEA Chairman: Iran could get nuclear Weapons in three years 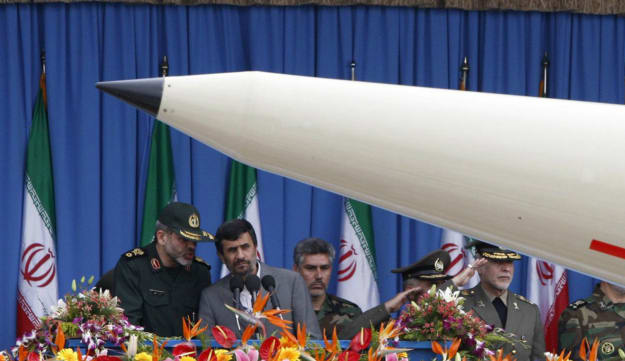 Mohammed ElBaradei, chairman of the United Nations nuclear watchdog the International Atomic Energy Agency, said Thursday that Iran is between three to eight years away from getting nuclear weapons.

Speaking at a conference in Luxembourg, Elbaradei said that he agrees with the United State’s Central Intelligence Agency’s estimates over the Iranian nuclear program.

Speaking at a press conference in Luxembourg, ElBaradei rejected statements recently attributed to him in reference to his proposal for allowing Iran to enrich a certain amount of uranium in its own territory. He said he had been misunderstood.

When questioned by Haaretz over why he believes Iran would only enrich a small amount of uranium at a low level, given that Tehran has in the past lied about and hidden its nuclear program, ElBaradei said that the UN does not believe anyone when it comes to nuclear supervision.

He said that it is precisely because of concerns over the Iranian nuclear program and Tehran’s past behavior that tighter supervision is being sought.

ElBaradei stressed the need for dialogue in order to banish the “complete lack of trust” between the various parties. He also repeated a proposal he made in the past, whereby the UN Security Council would put off its current and planned sanctions on Iran as a confidence-building measure, and in return Iran would suspend its uranium enrichment.

The Luxembourg conference was organized by Russian-Israeli businessman Moshe Kantor, who heads the Russian Jewish Congress.