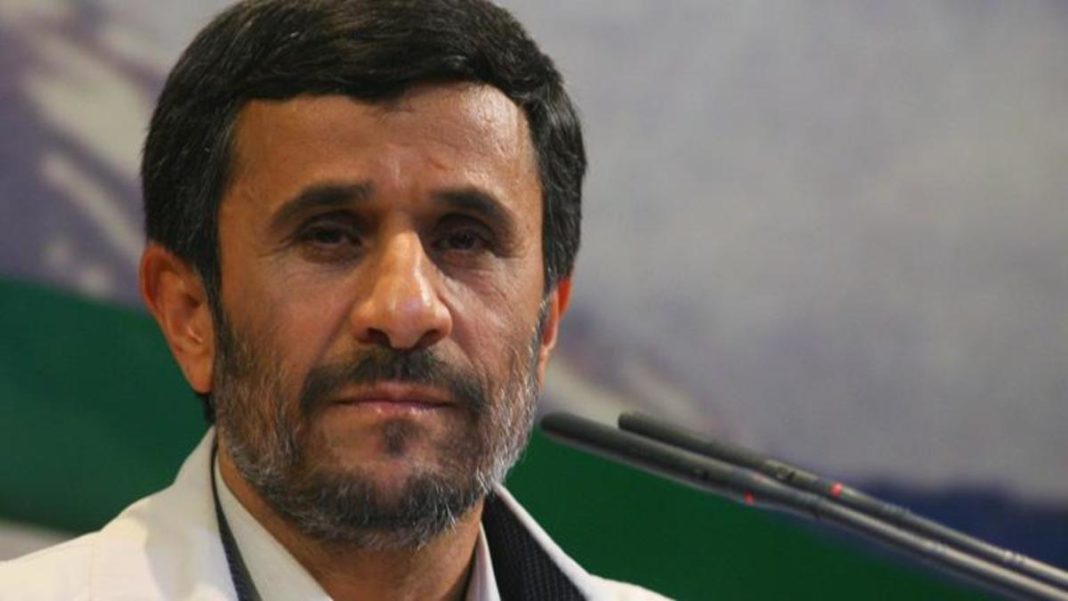 Iran’s nuclear work is nearing a “peak”, President Mahmoud Ahmadinejad said on Thursday, while the U.N. atomic watchdog chief said Tehran was probably at least three years from making atom bombs even if it chose to do so.

Ahmadinejad dismissed Western pressure on Iran to halt its nuclear drive. “With God’s help the path to completely enjoying all nuclear capacity is near its end and we are close to the peak,” he told a rally in the central town of Isfahan.

“The Iranian nation today has industrial nuclear technology and … it will never retreat even one step from this path.”

Underlining what he called the growing risk of a major confrontation between the West and Iran, International Atomic Energy Agency head Mohamed ElBaradei appealed for the two sides to restart negotiations on a compromise as soon as possible.

“I tend, based on our analysis, to agree with people like John Negroponte and the new director of the CIA, who are saying that even if Iran wanted to go for a nuclear weapon, it would not be before the end of this decade or sometime in the middle of the next decade. In other words three to eight years from now,” ElBaradei told a news conference in Luxembourg.

“Iran needs to suspend its enrichment activities as a confidence-building measure but the international community should do its utmost to engage Iran in comprehensive dialogue,” he told a conference on nuclear non-proliferation.

In a report on Wednesday, the IAEA said Iran was making substantial advances in uranium enrichment, but repeated there was no evidence it was trying to “weaponise” nuclear material. Several months ago, ElBaradei predicted Iran was four to eight years away from being able to produce an atom bomb.

“The first thing these leaders have got to understand is that an Iran with a nuclear weapon would be incredibly destabilizing for the world. It’s in their interests that we work collaboratively to continue to isolate that regime.”

Asked at a news conference whether he felt more stringent sanctions should now be discussed, Russian President Vladimir Putin stressed the need for more diplomacy.

“We shall work in cooperation with our partners, as we have always done in the past, not to prevent Iran from developing modern technology but to prevent it from creating a nuclear weapon,” he said in Luxembourg.

Big powers last year offered Iran trade, technical and other incentives if it stopped enriching uranium first. But Iran refused that precondition and talks were called off before the U.N. Security Council imposed a first set of sanctions.

EU foreign policy chief Javier Solana is assessing the scope for returning to negotiations. He is expected to meet Iranian nuclear negotiator Ali Larijani in Madrid late next week.

But ElBaradei voiced concern Tehran was moving toward confrontation with the world by speeding up its nuclear work. He said his priority was a compromise capping Iranian enrichment short of “industrial-scale” to minimize the risk of bombmaking.

He has angered Western powers by saying, in published remarks, that their strategy of insisting on no enrichment at all to prevent Iran gaining nuclear knowledge had been “overtaken by events” since Tehran could already refine uranium.

Diplomats said the U.S., British and French ambassadors to the IAEA planned to meet ElBaradei in his Vienna office on Friday to deliver a “demarche” over his remarks, which they saw as questioning Security Council strategy.

A diplomat close to the IAEA said ElBaradei was not trying to undermine the Security Council or United States.

“He’s just asking these leaders to deal with reality. He is pleading for direct dialogue, between the U.S. and Iran in particular, to resolve the situation now … instead of posturing while the number of (enrichment) centrifuges goes up.”