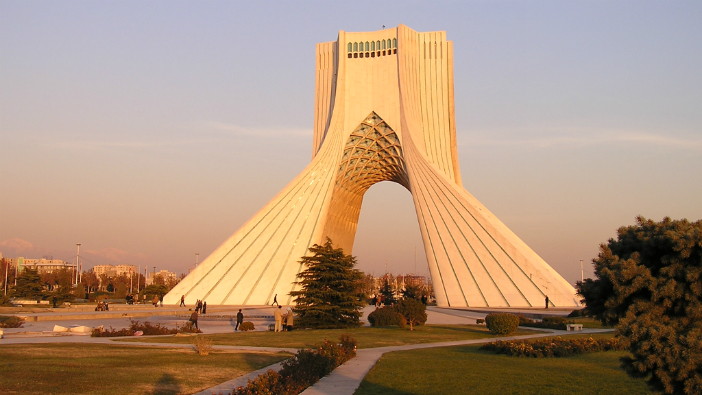 Report on Luxembourg Forum: world experts meeting on threat of atomic weaponry in the hands of rogue regimes and terrorist organizations

More than 60 of the world’s leading experts on the threat posed to humanity
by atomic weaponry in the hands of rogue regimes and terrorist organizations
gathered in Luxembourg a few days ago. Well-known names such as Dr. Mohamed
Al-Baradei, Hans Blix and Rolf Ekeus demonstrated the serious leadership
represented. No small surprise, the assembly took place in the heart of
Europe as an initiative of a Euro-Jewish organization.

The high level and dispassionate tone of discourse which predominated did
not soften the recurring themes:

Seldom has any such gathering contained less rhetoric and more single-minded
focus on the Number One Problem facing civilization at this time: Iran’s
drive for nuclear weapons. Speaker after speaker analyzed and recommended,
pinpointed and underscored in a chilling yet totally on the mark manner.
Iranian nuclearization was divided into two equal alarming subjects: rogue
state applications via missiles and godfather dispenser of technology to
international terror organizations.

A former senior American official, quoting an analyst whom he claimed was
”no alarmist,” suggested the odds of terrorists exploding a nuclear device
in a major US or European city in the coming decade as “50-50%.” More than
one million kilograms of enriched uranium exists today in Russia alone, not
always under the tightest of security controls. Terrorists need less than
100 kilos to create a dirty bomb, which could readily slaughter up to
100,000 if activated in a major urban center.

Russia and the US have between then 10,000 nuclear missiles ready to use.
Both governments were castigated-primarily by experts FROM those nations-for
a plodding lack of urgency in scaling this threat down.

This event did not invite official government representatives. Rather, it
was an assembly of individuals with unique knowledge about and personal
history in the world’s nuclear programs-authorities in policy,
non-proliferation and arms control. The tone of discussion was friendly, and
the thinking is that conclusions reached by THIS apolitical group should
carry all the more credibility amongst key governments, the UN, NATO and
others involved in the subject.

The two largest groups of experts came from the US and Russia. Experts such
as ex-Russian Prime Minister Sergei Kiriyenko who today heads the Russian
Atomic Energy Agency, and former US Secretary of Defense William Perry took
part. This reflected a serious approach in light of the central role played
by these two countries even today. They were joined by important players
from India, Japan, Israel, Canada and other nations. It is reasonable to
report that there was much more relaxed consensus between the Russian and
American experts than between their respective governments in 2007.

Perhaps most interesting of all was that a Jewish organization, the European
Jewish Fund headed by the visionary Dr. Moshe Kantor, was actually the prime
initiator of this event. Specific Jewish issues did not figure into the
agenda, and likely more than 90% of the participants were not Jewish. The
origins and acceptance of the program from all quarters spoke both to the
credit of Kantor’s far-reaching concerns as well as the participants’mature
objectivity.

Some thought that Israel would play a more pronounced role in the conference’s
agenda, but it was referred to only occasionally, in passing. The very real
dangers posed by Iranian nuclearization, however, were dissected and warned
against in non-stop cadence throughout the 48-hour discussion.

Asked about the Iranian threat to Israel, one US expert summarized the group’s
thinking when he pointedly replied: “No one sees any threat to world order
posed by Israel. The real issue with Iran is how a ‘Shi’ite bomb’ would be
regarded by Sunni-majority regimes in Saudi Arabia and Egypt. It is this
challenge that can reap major whirlwinds and instability in the Middle East,
since it could trigger a new regional arms race.”

The Luxembourg Forum brought together the best minds in the world to focus
on the most frightening problems facing mankind at this time. along with
workable solutions to nuclear proliferation. By focusing on Iran more than
any other subject, the experts demonstrated a realistic understanding of
today’s situation. The fact that a Jewish organization brought them together
to do this, without hidden agendas, is a lasting credit to the individuals
who made it happen.

————————–
Martin Karp, director of the LA Jewish Federation office in Israel, has
organized recent seminars on emergency response and related issues with the
participation of leading American experts on nuclear terrorism.
mush007@gmail.com