Putin Says EU Is Indifferent To Glorification Of Nazis 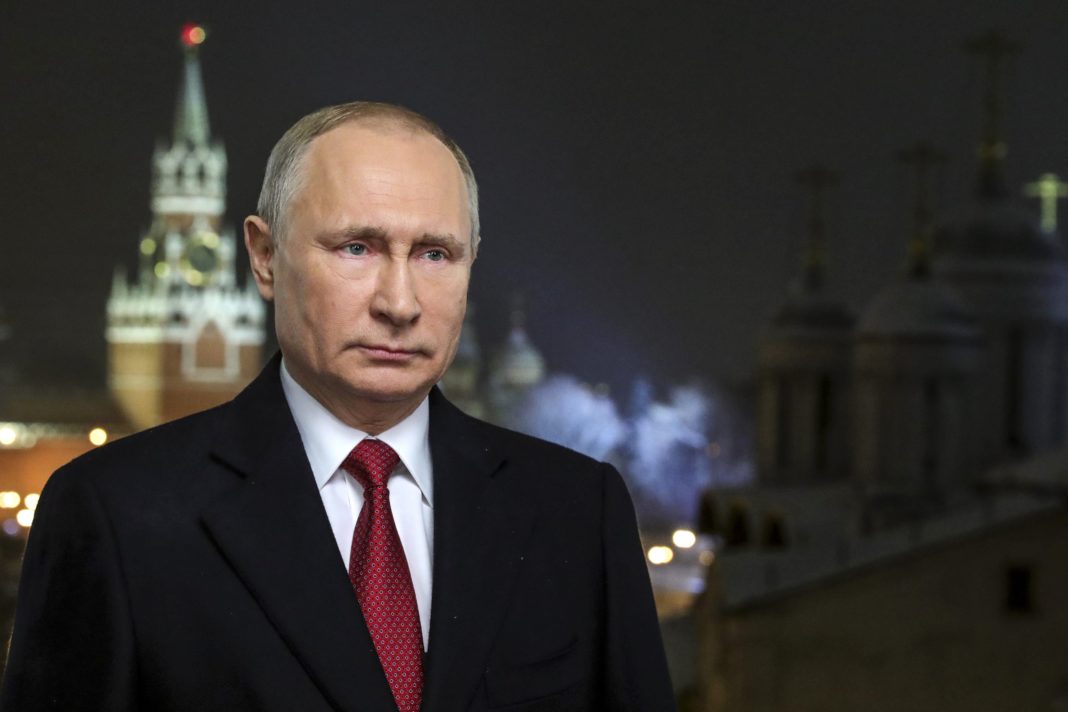 President Vladimir Putin said that he was surprised by what he called the indifference of the European Union to the encouragement of the glorification of Nazis by the authorities in Latvia and Estonia and said that the approach of certain European organizations to matters related to World War II borders on hypocrisy, Interfax reported on October 10.

“Certain facts that we are coming across in certain East European countries are arousing frank surprise and lack of understanding. We know that in several European countries laws prohibit the denial of the Holocaust, while the activities of Latvian and Estonian authorities are openly encouraging the glorification of Nazis and their collaborators. And such facts remain unnoticed by the Europe Union,” Putin said at a meeting with members of the Executive Committee of the European Jewish Congress at the Kremlin, the first time the body has met in Russia.

“After the proclamation of independence not a single Nazi criminal has been punished in Estonia,” Putin said. “Neo-Nazi gatherings timed to the anniversary of the formation of the Latvian Waffen SS legion are held in Latvia annually on March 16 with the permission of the authorities,” he was quoted as saying.

Putin also lashed out at Ukraine for allowing veterans of partisan groups that fought both the Nazis and the Soviet Army to hold war remembrances.

“We know that denying the Holocaust in several countries is prosecuted under the law in a series of countries, but at the same times, the actions of the Latvian and Estonian authorities openly indulge the heroisation of the Nazis and their supporters. And these facts remain unnoticed by the European Union,” Putin said.

Russia in recent years has repeatedly condemned the two Baltic states for allowing World War II veterans who fought on the side of the Nazis against the Soviet Union’s Red Army to hold marches and commemorations. Estonia’s decision to move a Soviet war monument from its site in the center of the capital, Tallinn sparked heated protests from Moscow.

Heading the European delegation was its recently elected president, Vyacheslav Kantor, a Russian metals tycoon who is a reportedly a close associate of Putin and who was once linked to jailed oil billionaire Mikhail Khodorkovsky.

Kantor warned of the danger of “nuclear terrorism emerging from rogue countries like North Korea and Iran,” and spoke out against “banalising the dangers” of anti-Semitism.

Kantor also heads the Russian Jewish Congress, one of two major Jewish groups that often compete for influence in Russia – a country with a long history of official and unofficial anti-Semitism.

“Some facts which we come up against in several countries of eastern Europe have provoked open astonishment and incomprehension,” Putin said. “The activities of the Latvian and Estonian authorities openly connive at the glorification of Nazis and their accomplices. But these facts remain unnoticed by the European Union,” Deutsche-Welle reported.

Putin’s remarks were the latest political war of words between the Baltic countries and Russia. Latvia, Lithuania and Estonia joined the European Union in 2004, in part to seek protection from their domineering former rulers in Moscow.

Soviet forces annexed the Baltic countries during World War II. The war split the population between those who fought for Nazi Germany and those who supported Russia. In Russia’s view, it liberated the countries from Nazi occupation in a victory that cost it 20 million lives. Germany’s defeat is seen as an important historical event and it rejects the accusation that it occupied eastern European countries.

But many people from the Baltic states see the Red Army’s arrival as the beginning of five decades of Soviet rule. During that time, thousands of Estonians were deported to Soviet prison camps and Russians settled in the country.