President Of The European Jewish Congress Warns Europe From Growing Xenophobia, Anti-Semitism And Tolerance Towards Iran 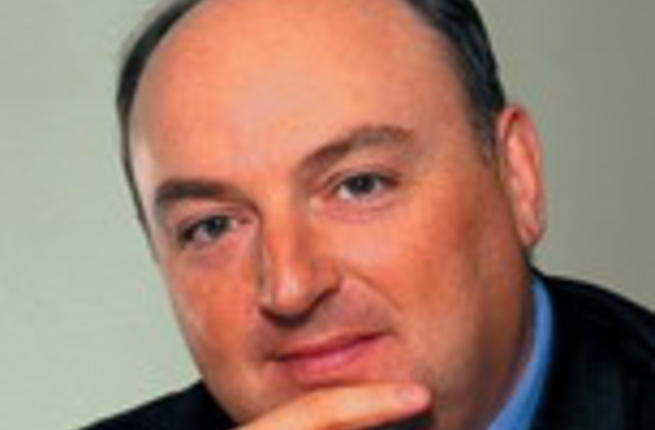 Seventy years have passed since Europe plunged into die Kristallnacht, which followed the publication of the Nuremberg Laws, the laws of inhumanity and Intolerance.

While the Universal Declaration of Human Rights has existed for nearly 60 years, Europe still has no tolerance laws, pan-European laws to counteract xenophobia and anti-Semitism.

Of course, we live in a world where not all are equal. Those who are more equal than others make the rules of the game. They make sure others follow the rules, and they change the rules when they feel they have become out of date.

We live in Europe, and Europe is diverse. There is the European Community, comprising Old Europe and New Europe. There are Western European states that are not EU members, for instance Switzerland. There is a mosaic of Balkan states, some of which Europe is happy to admit or is prepared to admit on certain terms; others, perhaps, will never be accepted.

We live in a Christian Europe – Catholic, Orthodox and Protestant. Europe has lived through church controversies and religious wars, the Crusades and the Inquisition, which persecuted and burned heretics and non-Christians. Europe is also a land of modern humanism and a liberal attitude towards religion. Europe has never been solely Christian. Europe has been a home for Jews, Muslims and adherents of other faiths.

We live in a Europe inhabited by dozens of nations, hundreds of ethnicities and thousands of ethnic groups, both large and small. The people of Europe speak hundreds of languages and dialects. They have a diverse variety of cuisines and traditions. There is diversity in their faces. But the most important thing that unites all of them and makes them Europeans is their following the old Jewish directive – do unto others as you would have them do unto you. These words, first pronounced over two thousand years ago in the land that gave birth to Christianity, laid the foundations for today’s Europe.

Europe was not always as well fed, peaceful and tolerant as today. Its soil is soaked with the blood of those who looked different, prayed differently, spoke different languages or spoke the same language but with an accent, or whose parents had the wrong kind of parents.

Europe is also ghettos, concentration camps and flames of crematoria, the genocide of the Roma and the Holocaust. Europe has intolerance and hatred, Übermenschen and Untermenschen, religious persecution and persecution of religions. That Europe is not as far away as it would seem. We assume that it has passed forever, but is that true? We would like to forget those who killed and those who were killed, but doesn’t that mean that the past will repeat itself when we least expect it? It will come back to take away our children or our children’s children.

Every generation that knows war hopes it will be the last. Each of these generations believes that nobody will be foolish enough to make the same mistakes. How many more times must Europe find itself in Sarajevo to understand how wars begin? How many other Nuremberg trials must we endure before we understand that those who need to be stopped must be stopped before it is too late?

It is sad to see the tolerance European leaders have been expressing towards Iran and its president Mahmud Ahmadinejad, who has been defending Holocaust deniers and called for the destruction of Israel. Ahmadinejad should be isolated from the international community and the best way for this will be to impose wider economic sanctions on Tehran. Europe must join the American efforts in this direction.

Tolerance is the foundation of modern European civilisation. Europeans believe in it, practice it and advocate the cult of political correctness. There are no people in the world more polite than Europeans. There are no politicians more careful about their wording than Europeans. There is no press more liberal or television more diverse than in Europe. The only embarrassing thing about this beautiful picture is why there is so much hatred in Europe.

Racism and nationalism, chauvinism and religious fanaticism find a home in this world of formal tolerance and flourish in the shade of double standards. The Holocaust annulled the possibility of anti-Semitic propaganda in its classical forms. The deaths of six million people, including one million children, are a poor subject for irony. However, Holocaust revisionism, which has whittled the tragedy of a whole nation down to a juggling of facts, is now a topic of “scholarly discussion” among the spiritual successors of the very people who designed crematoria and gas chambers “merely out of academic interest.”

Religious freedom is Europe’s greatest achievement, but tolerance does not validate the open propagation of religious intolerance (albeit disguised by words about tolerance) in the mosques seized by Muslim radicals throughout Europe. These people go beyond preaching hatred of Jews and Christians and glorifying suicide-bombers. They believe that any Muslims who are not prepared to scarify their children’s lives for the sake of jihad are unbelievers and heretics. For them, tolerance means that they have the right to their own intolerance. Not long ago, they provoked a scandal over political cartoons and succeeded in burning European embassies throughout the Islamic world.

Independent nation-states are the basis of the new, unified Europe. Why, then, did European policy in the Balkans give rise to a chain of violent conflicts dating back to the Middle Ages? In the Balkans, Europe’s glorious tolerance resulted in ethnic cleansing, genocide, the destruction of national treasures and holy sites, tens of thousands of victims and millions of refugees.

Democracy is another sacred cow in European politics. Appropriately organised elections bringing to power parties with the appropriate attitude towards European integration is a symbol of justice triumph in countries that recently were part of the Soviet Union. But what Europe will ask why are these democracies dedicating monuments to murderers and pogrom leaders? Why are they naming streets after criminals and putting their portraits in textbooks? Why, based on the decisions of “democratic” parliaments, are they removing monuments erected in honour of the victors who stopped fascism and saved Europe from extermination?

Is calling criminals heroes and rewriting history acceptable just to settle old scores? Europe paid a high price to become as it is today. Is Europe tired of remembering? But there is only one price of forgetting – the shedding of new blood. That is why we are grateful to Poland and Ukraine because they have hosted events to remember the lessons of the Holocaust on the highest international level. Seventy governmental delegations from all over the world took part in Let My People Live! Forums in 2006-2007.

Can it be any different if the number of neo-Nazis in Europe has long exceeded one million?

According to some estimates, their number is equal to the Jews remaining in Europe today – two and a half million! Before die Kristallnacht, there were 12 million Jews in Europe.

Europe advocates tolerance. That is wonderful. It would be even better if Europe could get beyond merely observing the formalities and do it for real, and if recurrences of Nazism were immediately blocked, and not only in those countries that gave birth to Nazism and paid a high price for it. It would be better if Europe’s new democracies understood that a killer of civilians is always a maniac and murderer, even if he killed under the cover of the nation’s “interests.” It would be better if they understood that they cannot build their future on innocent blood, even if it is someone else’s blood. The people of Old Europe could explain this to the “new” Europeans!

Europe is in desperate need of Tolerance Laws to provide for the co-existence of Catholics and Protestants, Orthodox and Pagans, Buddhists and Jews with Muslims, aborigines and newcomers. Europe needs laws to prevent it from being split apart by stresses coming from inside each member-country.

The first step towards creating Tolerance Laws could be a Europe Tolerance Convention proposed to the Council of Europe by one of the member-states or an authoritative non-governmental organisation having observer status.

The Bible teaches us to prepare a remedy before we fall ill.

A large public gathering, for instance the third World Holocaust Forum commemorating 70 years since die Kristallnacht, could be a good platform for proposing this convention as soon as November 10, 2008.

Europe lacks these laws. Common European tolerance laws that would be informed by European experience and prevent Europe from sliding down into the abyss from which it recovered with difficulty after WWII are a job for the future. Hopefully Europe will remain as peaceful, well fed and tolerant as today, a community of states governed by law rather than double standards or the current political environment. Europe needs a law for the European home.