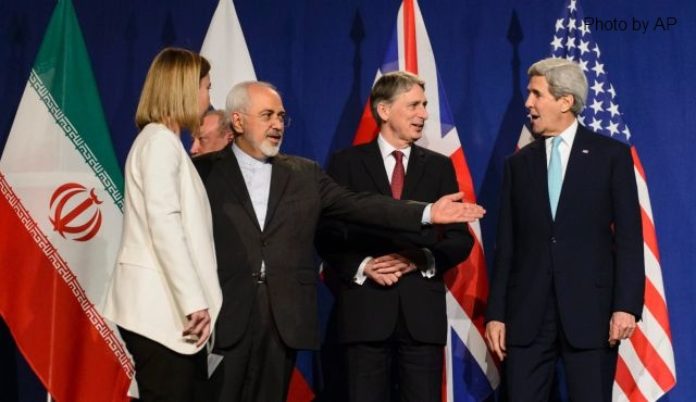 LJUBLJANA, April 8, 2008 (AFP) – The European Jewish Congress (EJC) called on the European Union Tuesday to strenghten sanctions against Iran over its latest efforts to develop its nuclear programme. “We want the improving of the sanctions… against Iran in case it continues the weaponisation of its nuclear programme,” EJC President Moshe Kantor told journalists in Ljubljana during a three-day visit to Slovenia, which currently holds the EU presidency.

Iran said Tuesday it had started work to install 6,000 new centrifuges to enrich uranium at its main nuclear plant in Natanz. The West fears Iran could use enriched uranium to make a nuclear weapon, and Tehran’s refusal to suspend the process has been punished with three sets of UN Security Council sanctions and US pressure on its banking system. “Today we have a presumption that Iran at the moment does not have nuclear weapons… but the opinion of experts is that they have already nuclear weapons. We have to change that presumption,” Moshe said.

He also called for commercial sanctions by the EU against Tehran. “By fully stopping collaboration with Iran we’ll force the inside forces to exercise a stronger influence on the Iranian government in order to make it change its (nuclear) policy completely. There are no other means,” Moshe said.

He praised French President Nicolas Sarkozy’s proposal for a Mediterranean Union as “brilliant”, saying: “It would be a society of Islamic, Christian states and our state of Israel.”

The EJC will also push for the union to require all participating states to establish “perfect diplomatic relations” with Israel, he added.