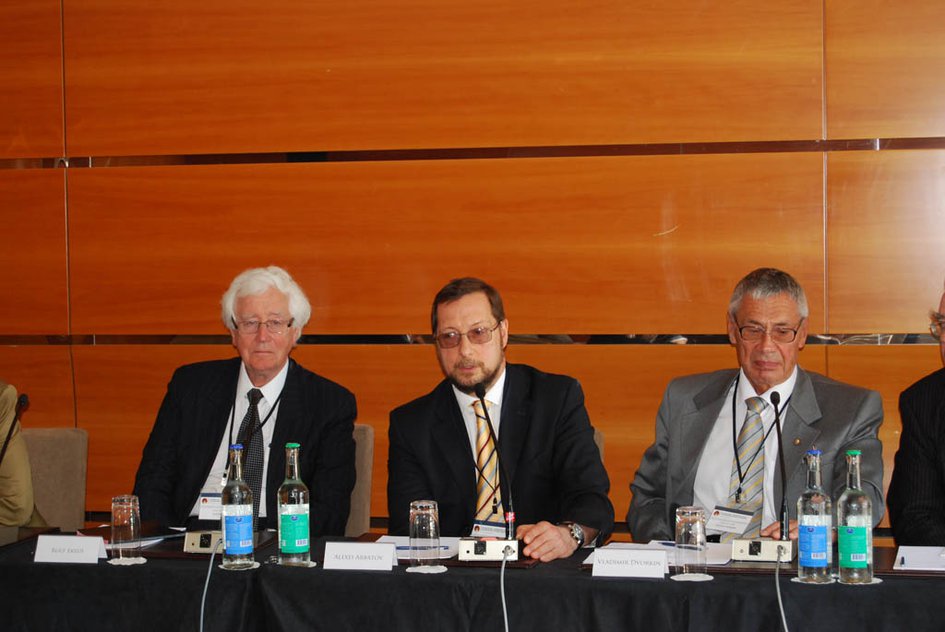 Today in Moscow Mr. Viatcheslav Kantor, president of the International Luxembourg Forum on Preventing Nuclear Catastrophe, said that he does not rule out the possibility of resolving Iran’s nuclear issue by force.

“Maybe the time has come to recognize Iran as a nuclear power, impose on it the obligation to enter into international treaties, pay closer attention to it and apply very different deterrence mechanisms,” he said.

In his opinion, where the current sanctions do not have any effect on Iran, it will be time for “military solutions.” In the meantime, he emphasised that “it is not the Luxembourg Forum’s decision, it is stated by the UN Security Council Charter,” and continued that “such resolution will be legal. It is quite possible that the Luxembourg Forum will recommend this matter as well.”

Robert Einhorn, Senior Adviser in the International Security Program of the US Center for Strategic and International Studies, also noted that currently Iran “is actively working to create intermediate-range missiles.”

Einhorn added that “allegedly, Iran has tested missiles which allow to launch satellites into the space. It suggests that Iran might obtain long-range missiles. We must be ready to face such developments. That is why we must arrange for missile defence deployment in the Czech Republic and Poland.”

He informed that “the Eastern Europe missile defence facilities will be commissioned not earlier than in 2012-2013.”

On Monday in Moscow the Working Group of the forum is holding a meeting to discuss Iran’s nuclear issue. It is expected to elaborate recommendations and the platform for the next forum scheduled for 2009. The first International Conference on Preventing Nuclear Catastrophe was held in Luxembourg on May 24-25, 2007. Along with the experts, the forum participants included IAEA Director General Mohamed Elbaradei, Head of the Russian Federal Agency for Atomic Energy Sergey Kirienko, and representatives of international organizations.