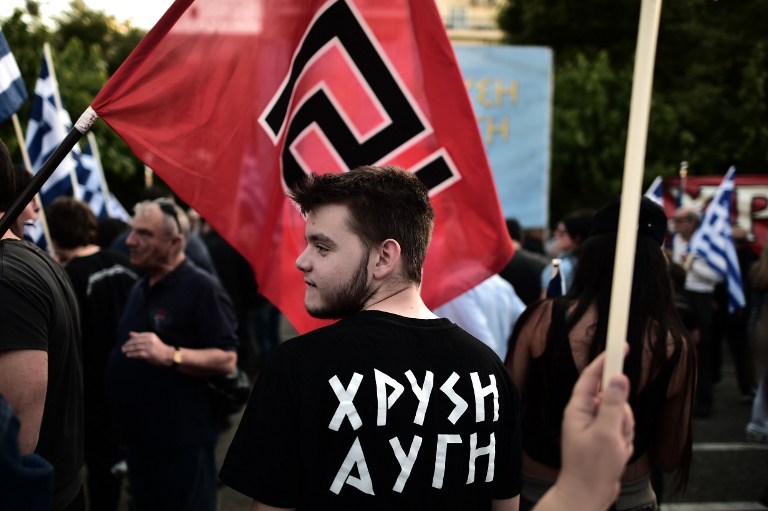 Even while Israelis and supporters around the world celebrate the anniversary of the founding of Israel, Jews in Greece note that a 1959 still prohibits prosecuting Nazi war criminals. Interview with Jewish leader Moses Constantines

The Greek Jewish community is celebrating the 60th anniversary of the state of Israel this month. For Moses Constantines, the founding of Israel in 1948 – three years after WWII and the death of six million Jews in the Holocaust – is an opportunity to remember the past and look towards the future.
“This anniversary marks a significant milestone,” Constantines, president of the Central Board of Jewish Communities in Greece, told the Athens News. “This event is very important for all Jews around the world.”
In Greece, Jewish life can be traced back more than 2,000 years. At the beginning of the 20th century, Jews made up half of the population of Thessaloniki, once known as the “Pearl of Israel”.
However, nearly 90 percent of Greece’s 80,000 Jews were wiped out during the Holocaust – most of them from Thessaloniki. Greece was occupied by Nazi Germany from 1941 to 1944.
“Jews have been living in Greece for many years – thousands of years and as far back as ancient Greece,” said Constantines. “The history of the Jews in Greece was very long, but this was unfortunately interrupted by the Holocaust during the German occupation of Greece and during which 87 percent of the country’s Jewish population was annihilated. This is about 65,000 people, Greeks of Jewish faith.”
Today, the majority (about 10,000) of Greek Jews resides in Athens. The second largest Greek Jewish population is in Thessaloniki, followed by Larissa. But the Greek Jewish community is also active in other parts of the country like Ioannina, Volos and Trikala, as well as on the islands of Corfu and Rhodes. In total, nine active Jewish communities are spread across the country.
The community is united by the Central Board of Jewish Communities in Greece, which was founded in 1945. According to Constantines, the board’s main job is to uphold the interests of the Greek Jews.
“The main issue that we deal with is anti-Semitism in Greece,” he said. “There are many incidents of anti-Semitism, like vandalism of Jewish cemeteries and synagogues – our two most holiest places.”
One of the most recent incidents involved the publication of the book The Jews: The Whole Truth. The author, far-right historian Costas Plevris, was sentenced by an Athens court to 14 months in prison for inciting racial hatred. Plevris appealed the decision, and a second hearing has been scheduled for September.
In his book, Plevris, the father of rightwing Popular Orthodox Rally (Laos) MP Athanassios Plevris, denied the Holocaust.
“We hope the judicial system will stand by its initial decision and condemn the racist and unacceptable comments,” said Constantines, who noted a disturbing rise in anti-Semitic acts in Greece since the December 2007 conviction of Plevris.
Anti-Semitism is on the rise worldwide, but it is especially noticeable in Europe. In June 2007, the Parliamentary Assembly of the Council of Europe issued Resolution 1563, which notes that “the persistence and escalation of anti-Semitic phenomena…[and that] far from having been eliminated, anti-Semitism is today on the rise in Europe. It appears in a variety of forms and is becoming relatively commonplace”.
In February, the president of the European Jewish Congress, Moshe Kantor, called on Greece to introduce stiffer penalties for hate crimes and voiced concern over the rise of an extreme-right party.
The 1959 laws
According to the Jewish Agency, approximately 400 new immigrants from 23 countries arrived in Israel on May 5
As head of the Central Board of Jewish Communities in Greece, Constantines has spent years lobbying the government to scrap 1959 legislation that prohibits the prosecution of Nazi war criminals in Greece. They have repeatedly called for the abolition of law 3933 and law 4016, which Constantines claims were enforced so that Nazi war criminal Max Merten could escape trial in Greece in 1959. Merten was Adolf Hitler’s senior administrator in Thessaloniki during World War II.
“We have spent the last 15 years calling for the elimination of these laws so that Greece may request the extradition of Nazi war criminals, even though they are now probably very old and will not serve their sentences,” said Constantines. “But their conviction would be of great moral satisfaction to the Holocaust survivors.”
The response from the justice ministry over the years, however, has remained unchanged. “Obviously, they are waiting for them all to die before they amend the law,” said Constantines, who stressed that no other European country has passed similar legislation. “It is really very peculiar how the justice ministers over the years have taken the same stance, never offering any real explanation.”
The likelihood of prosecuting Nazi war criminals, as they get older, is slim.
Despite the 1959 laws, the Central Board of Jewish Communities in Greece is appealing to Greek authorities for the extradition to Greece of Alois Brunner, 96. According to the Simon Wiesenthal Centre (a leading international Jewish human rights agency based in the United States), Brunner was responsible for the deportation of Jews from Greece (44,000) Austria (47,000), France (23,500) and Slovakia (14,000) to Nazi death camps.
France, Germany and Austria have demanded Brunner’s extradition. Greece, citing the 1959 laws, has not done so.