Feeling The Proximity Of The Catastrophe 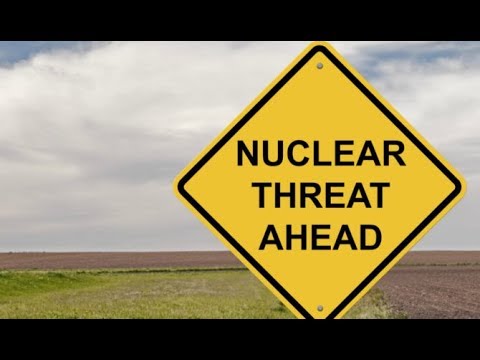 Early last year a menacing warning was issued by 18 Nobel laureates on the board of the respected Bulletin of Atomic Scientists, stating that “the nuclear catastrophe may happen at any time” and that “it is now five minutes to midnight.”

The Doomsday Clock as a symbol of the nuclear threat appeared on the Bulletin’s cover in 1947. It showed “seven minutes to midnight” – the great powers were actively engaged in developing their nuclear weapons. Over the years the clock warned us how close humankind was to the line, beyond which were death and chaos. The clock read “two minutes” in 1953, when the USSR and the United States tested hydrogen bombs, and “three minutes” in 1984, at the peak of the superpower arms race. Now we have reached a deadline when we have to act immediately or face imminent catastrophe.

The fact that the most authoritative scientists have sounded the alarm once again proves the importance of the initiative by Russian experts to gather the world’s leading experts to discuss the danger of a nuclear catastrophe, and more importantly to formulate specific, practical proposals. These proposals are directed at world leaders and heads of international security institutions, who listen to the experts because of their absolute authority. That was how the mechanism for what became the Luxembourg Forum was conceived.

The idea was implemented quickly. By last May 57 renowned disarmament experts from 14 countries gathered in Luxembourg. The event, called The International Conference on Preventing Nuclear Catastrophe,was an outstanding international forum that received support from Russian and European authorities. Vladimir Putin’s address to the participants was read by Sergei Kiriyenko, head of the Russian Federal Atomic Energy Agency. The conference was attended by academician Nikolay Laverov, Vice President of the Russian Academy of Sciences, and Jean Asselborn, Luxembourg’s Minister for Foreign Affairs and Immigration. Authoritative, international top-level experts including Mohamed ElBaradei, Director General of the International Atomic Energy Agency and Hans Blix, former IAEA Director General, participated in the Conference.

As a result, after two days of work the experts elaborated the provisions of a Conference Declaration, which was presented in its final form in Moscow only in December of last year, clearly demonstrating how intense and complicated the work was.

This final document is a roadmap showing the world how to delay the nuclear threat and make catastrophe impossible. “Those who do not agree with the position it states will have to face the opinion of individual countries and of global experts,” said Viatcheslav Kantor, one of the organizers of the Conference and President of the permanent Luxembourg Forum that grew out of the May conference.

As he went on to say, “From the outset it was clear that scientists are people of principle. For these experts, prudence, common sense and solutions to problems are not obstructed by the current political climate or any affinity with a particular group in international politics. This is the foundation for the objective decisions made at the Luxembourg Conference and the standing Luxembourg Forum.”

Hans Blix, Chairman of the Weapons of Mass Destruction Commission and former Director General of the International Atomic Energy Agency, noted that the most important feature of the Declaration is its specific proposals in the form of an action plan for halting the nuclear threat. His opinion is shared by colleagues, in particular William Perry, former Secretary of the U.S. Department of Defense. They are convinced that the conference resolutions stated in the Declaration will certainly influence world politics, since world political leaders cannot fail to heed the opinion of such a large number of leading experts.

The Declaration states that the Nuclear Non-Proliferation Treaty (NPT), the basic instrument of the non-proliferation regime, has been challenged in an unprecedented way. Top-level political support and immediate action are required to ensure the functioning of the NPT and the observance and strengthening of the non-proliferation regime. One serious threat involves the possibility of terrorist organizations gaining access to nuclear explosives or materials.

One of the most important problems of the NPT surfaces in Article 6 of the Treaty: according to its provisions, each NPT member should, in the spirit of goodwill, hold negotiations on effective measures to stop the nuclear armament race in the future and on nuclear disarmament under strict and effective international control. Over time, blatant violation of this obligation by nuclear club members has become the most important factor shaking the foundations of the NPT regime.

To resolve the crisis, the scientists propose holding a top-level meeting of the heads of nuclear states to discuss disarmament and non-proliferation issues, promptly re-establishing the dialogue between the United States and the Russian Federation on further decreases and restrictions of nuclear weapons, signing and ratifying the Comprehensive Nuclear-Test-Ban Treaty by all states that have not yet acceded to it, specifically by the 44 countries that may acquire nuclear weapons in the near future.

As explained by Alexey Arbatov, corresponding member of the Russian Academy of Sciences and head of the Center for International Security of the Institute for World Economy and International Relations (IMEMO), “After the Treaty entered into force in 1970, efforts aimed at strengthening the non-proliferation regime mainly involved increasing the number of Treaty member states, as well as increasing the efficiency of the system of IAEA guarantees and mechanisms of control over the export of nuclear materials and technologies. Nevertheless, in the 1990s, when a massive number of countries joined the Treaty, making it an almost universal treaty, the problem of withdrawal became top priority. At present, four countries that have not acceded to the Treaty – Israel, India, China and Pakistan – already possess nuclear weapons. Further proliferation of nuclear weapons can only happen through a violation of the Treaty or by means of withdrawal from the treaty on the part of countries that do not have nuclear weapons and wish to openly acquire them.”

The forum’s Advisory Council was formed by Hans Blix; Nikolay Laverov; Igor Ivanov, former Russian Minister of Foreign Affairs and Secretary of the Security Council of the Russian Federation; William Perry, former Secretary of the U.S. Department of Defense; Samuel Nunn, Co-Chairman and Chief Executive Officer of the Nuclear Threat Initiative; Roald Sagdeev; and Rolf Ekeus, Chairman of the Governing Board of the Stockholm International Peace Research Institute. The Forum regularly holds workshops and conferences on relevant non-proliferation and international security issues.

This April the working group of the Luxembourg Forum met in Moscow to discuss the prospects for resolving the Iranian nuclear crisis. The experts considered in the most comprehensive possible way all aspects of the Iranian threat, including the extremely unsatisfactory situation with Iran’s failure to fulfil UN resolutions, possible prospects for putting more pressure on the country, proposals to make the IAEA’s activities more effective, and the positions of the Russian Federation, the U.S., the European Union, China and Middle East nations on solving the existing crisis. Possible solutions to the crisis were stated in the memorandum drawn up by the participants at the end of the meeting.

In June Forum experts joined their efforts with the Pugwash Conferences on Science and World Affairs, another key international organization, for a joint workshop in Rome to elaborate recommendations for the Preparatory Committee prior to the 2010 NPT Review Conference. According to Kantor, long-term experience has shown that in this sphere, negotiations and treaties make the best contribution to mutual understanding and cooperation between superpowers in all aspects of international security. “However, at present the contractual system of nuclear disarmament has been almost completely dismantled. The leading powers, the U.S. and Russia, must change the existing situation,” the head of the Luxembourg Forum said.

This event followed the traditions of the Luxembourg Forum. The proposals made during the joint meeting are now being drafted as practical, detailed expert proposal to be circulated to political leaders.

By working this way, the Luxembourg Forum aims at providing politicians with a maximum of opportunities to adopt viable and balanced solutions. Unfortunately, we still hear politicians make declarations about strategic partnership that do not provide real security guarantees. Furthermore, it is regrettable that the Iranian crisis is deteriorating as a result of the ambitions of the nation’s leaders and the economic and political interests of certain international players. While some progress has been achieved in North Korea, the situation there remains very shaky. And one can say for sure that in the near future the problem of international terrorism and the possibility of terrorists getting hold of nuclear weapons will remain on the agenda.

The experts of the Luxembourg Forum have differing, often diametrically opposed points of view. But the scientists agree on one main idea: all states must help implement and develop existing agreements on the reduction and liquidation of nuclear weapons, with their eyes on the prospect of nuclear disarmament. The threat of weapons of mass destruction will directly influence countries around the world. In a zero-sum game, everybody loses.

To conclude with, as far as the most relevant non-proliferation problem – the Iranian crisis – is concerned, one crucial circumstance that could go unnoticed in the context of everyday information flow should be paid special attention to. At the beginning of June, Ayatollah Ali Khamenei, the Supreme Leader of Iran, decided that he will personally conduct all diplomatic negotiations on the country’s nuclear programme. The importance of this fact can hardly be overestimated, especially because of its ambiguity. This development may be interpreted both positively and negatively. On the one hand, it could be considered proof that the global community has forced Iran into actions that will strengthen non-proliferation. On the other hand, it could just be another manoeuvre, a strategy whose purpose is to postpone the solution of the problem and, as a result, to save time for further work on uranium enrichment and missile improvements. Interestingly, only days after Ali Khamenei’s decision, Iran conducted successful tests of the next round of its Shehab-3 missile, which can hit targets at a distance up to 2,000 km, as well as other missiles of various ranges. This only feeds into doubts that Khamenei’s decision shows a sincere desire to avoid armed conflict.

In any case, it is absolutely clear that the decision was a forced one, the result of multiple-vector efforts by many states, diplomatic and expert institutions, including the Luxembourg Forum. Facts are to be believed, not intentions. The price of credulity and indifference is too high when the possibility of a global catastrophe is at hand.