“Russia’S Jewish Organizations Are Activating The Dialog With Europe And The Rest Of The World”. Vyacheslav V. Kantor, President Of The Russian Jewish Congress, Answered Diplomat’S Questions 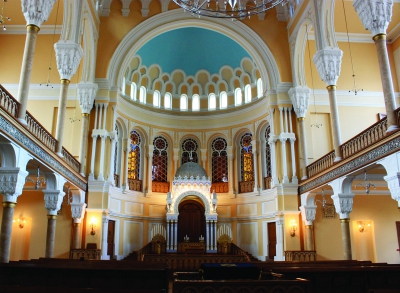 Mr. Kantor, the Russian Jewish Congress you head has noticeably stepped up its international activity in recent times. What do you hope to achieve through increased interaction with Jewish organizations in other countries and regions?

First of all, the international activity of the Russian Jewish Congress (RJC for short) bolsters the position of Russia’s Jewish community in the Jewish world thereby furthering Russia’s integration into the world community on a high level worthy of this country. The second objective is to jointly address the issues facing all Jews, no matter where they live: countering xenophobia, anti-Semitism, promoting inter-ethnic tolerance, the revival of Jewish traditions and culture, promotion of Judaic education and immortalizing the memory of the victims of the Holocaust. Many of these problems are pressing and need speedy solution. So there are all the prerequisites for increasing RJC’s interaction with Jewish organizations in other countries. It is important for the Jews living in different countries to keep in touch with each other and feel mutual support. Furthermore, we hope that RJC’s efforts to, among other things, develop cultural, public and business ties are the best possible contribution we can make to the overall diplomatic efforts aimed at promoting Russia’s interests abroad and improving this country’s image.

And one more point. RJC’s international activity, which is, among other things, a part of the work of the European Jewish Congress that I also have the honor of heading, is not just about maintaining contacts with the Jewish communities in other countries, but is also about an ongoing dialog with government organizations of these countries as well as with foreign political and grassroots organizations. Without that it is impossible to deal with the matters of concern to Jews. What’s more, we can and should take part in solving problems that are of great concern to all the European countries and peoples. We should not let ourselves become isolated or retire into ourselves. On the contrary, we can and must be an active participant in the multi-cultural and multi-ethnic communities making up the population of the European countries. The Jews have lived in Europe for over 2000 years now, so they are a European people in no smaller measure than the rest of the Europeans.

How do you assess your cooperation with the Russian Foreign Ministry?

Russian diplomats, both those representing our country abroad at the embassies and consulates-general of the Russian Federation and those who work in Moscow are not only top professionals but sincere patriots of Russia as well. They try to support all initiatives that strengthen Russia’s position on the world arena. I say that not just by hearsay but from my personal experience of working with them over the years. No matter what I and my colleagues were to do, be it holding international events at the pan-European and world level, talks abroad or receiving foreign delegations in Russia, the support of the Foreign Ministry was ensured, the cooperation was constructive, the work was effective, and the assistance was concrete.