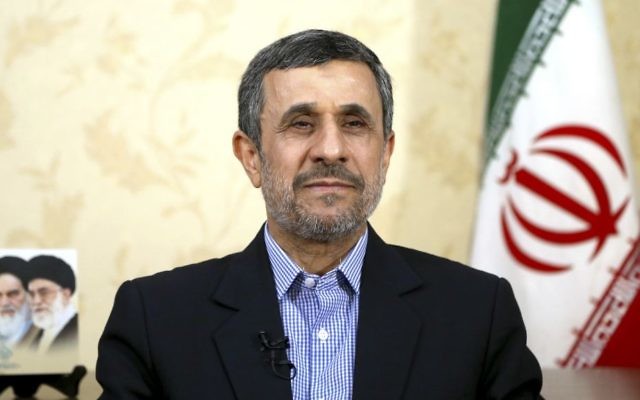 International experts say actions taken so far by international community against Iran’s nuclear aspirations have been severely deficient. ‘Even the Ayatollahs of Qom seem moderate when compared to the forces now gaining control in Islamic Republic,’ former Cheney advisor notes

The Iranian nuclear crisis has worsened to the degree that it may now be irresolvable, according to a roundtable on nuclear non-proliferation held in Brussels on Monday.

The seminar, convened under the auspices of the European Jewish Congress and the Institute for Policy and Strategy at the Interdisciplinary Center in Herzliya (IDC), concluded that the actions taken so far by the international community against Iran’s nuclear aspirations have been ‘severely deficient’.

“Around 10,000 companies in Europe are still collaborating with Iran on the development of its gas and oil industry,” said roundtable chairman Moshe Kantor, president of the European Jewish Congress.

“This is a market with a turnover of about $100 billion. The collaboration continues and even large EU countries cannot stop their business community from investing in Iran’s proliferation process.”

Asked if the international community should hold off on military action, Kantor said, “If we wait for Iran to have the nuclear weapon, it will be more problematic.”

David Wurmser, a former senior advisor for Middle East and strategic affairs to US Vice President Dick Cheney told the forum that the internal situation in Iran is deteriorating. “What we are seeing is Iran turning from a theocracy to theocratic fascism controlled by the Iranian Revolutionary Guard Corps,” he said.

“Even the Ayatollahs of Qom seem mild and moderate when compared to the forces now gaining control. The people of Iran are in general not part of this process, and don’t want it, but this is what is happening.”

‘We have irreversibly lost crucial time’

A statement released on behalf of the seminar’s participants said that “although there was no unanimity regarding the best approach to halt Iran’s nuclear weapons program, it was suggested that an increase in sanctions pressure may be the only way to achieve this before the situation deteriorates”.

Professor Uzi Arad, founding director of the IDC’s Institute for Policy and Strategy, blamed the delay in international action on Iran as the cause for the current situation, saying, “The covert Iranian enrichment program of Natanz was revealed in 2002. For four years the international community stonewalled and delayed the US effort to stop the Iranian program, and the result was that the process of UN Security Resolutions and sanctions began only in 2006, four years too late, while the Iranians proceeded to install centrifuges and reach enrichment capability.

“Just imagine where we might perhaps have been today if only the steps that have been adopted taken since 2006 had been taken four years earlier, or in 2003 on the heels of the effects of the US operation in Iraq to take advantage of them,” he said.

“We have irreversibly lost crucial time in the international effort to convince Iran to suspend their nuclear weapons program, and this is what has gotten us to where we are today, which is a deteriorated situation.”

The roundtable, which consisted of a select group of leading professional and academic experts in the field of nuclear proliferation and nonproliferation from the UK, US, the Russian Federation, Israel, Norway, Sweden, the Netherlands, Belgium and the Czech Republic, further concluded that the danger of nuclear weapons falling into the hands of terrorists has increased.

According to the experts, the case of Pakistan highlights the increased concern over possible loss of control of nuclear weapons and weapons grade materials and could lead to their falling into the hands of radical terrorist groups, “who would have no qualms about using them”.

“The case of North Korea, either through the sale of nuclear items through third party states, or because of potential loss of control, is another alarming case. Iran with a history of illicit transfer of such weapons to Hizbullah is an obvious worry, especially with the recent news that Hizbullah groups have cells in North America and in the heart of Europe,” the participants said in a statement.

“There is no progress on the reduction of the global stock of Highly Enriched Uranium, and the civil nuclear sector is creating increased risks. The latest initiatives to control the danger of nuclear weapons or materials falling into the hands of terrorists, are not keeping up with the increasing realities on the ground. In conclusion, it was found, that the situation is worsening rapidly and is of utmost concern.”

The roundtable also noted that several states in the Middle East and North Africa, including Iraq, Libya, Syria, and Iran have “blatantly violated their commitments as signatories to the Nuclear Non-Proliferation Treaty.

“These nations engaged in clandestine nuclear weapons programs undiscovered by the International Atomic Energy Agency full scope safeguards to which they were subject,” the roundtable determined.