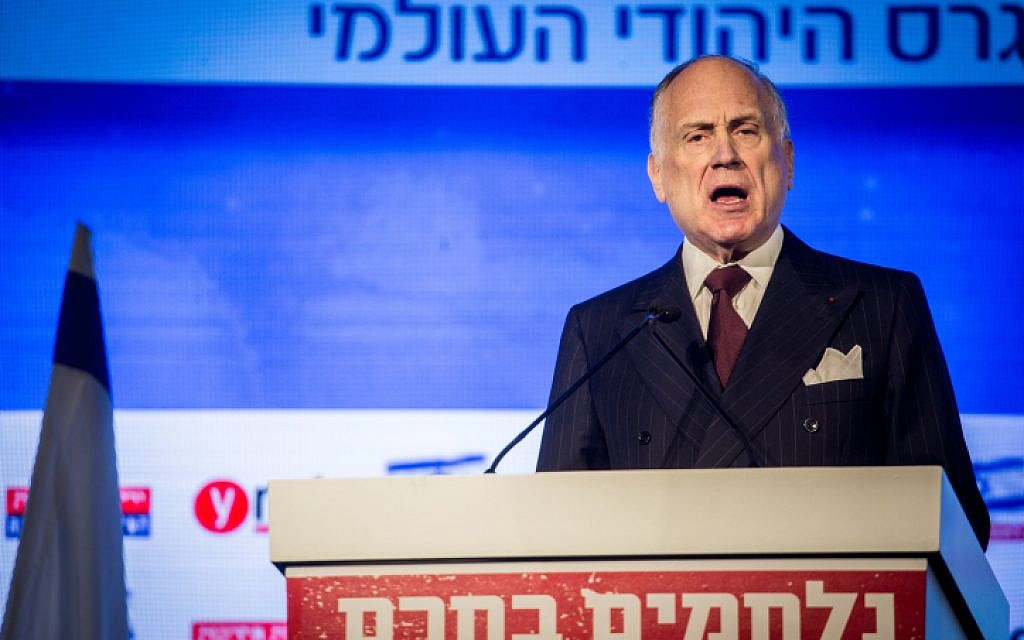 On September 24, Ashkelon (Israel) hosted the meeting of the Governing Board of the World Jewish Congress (WJC). The meeting was attended by more than 130 delegates and observers, representing WJC affiliated communities worldwide and international Jewish organizations.

The speakers at the meeting were Ronald Lauder (WJC President), Mathew Bronfman (Chair of the Governing Board), Moshe Kantor (President of the European Jewish Congress and member of the WJC Steering Committee), and other WJC senior officials.

The issues on the agenda included strategies to halt the Iranian nuclear program and address the threat to the global security posed by Iran. The meeting also debated the issue of Israel delegitimization. The delegates discussed youth policy during the special debate Next Generation and the World Jewish Congress. The Steering Committee held a luncheon with representatives of kibbutzim, mayors of towns in the Ashkelon region, and Gabi Ashkenazi, the Chief of the General Staff in the Israel Defense Forces.

During the second session the delegates voted on a number of administrative and organizational matters. In particular, Boris Shpigel, representing Alexander Machkevitch, the President of the Euro-Asian Jewish Congress, put forward the motion to include the World Congress of Russian Jewry (WCRJ), headed by Mr. Shpigel, into the list of WJC affiliated international Jewish organizations.

The delegates debated the proposal. Richard Prasquier, the President of Representative Council of French Jewish Institutions (CRIF) summed up the discussion. He noted that the delegates are not very well aware of the WCRJ activities, but judging from its name, this organization unites Jews based on their cultural and ethnical identity. Therefore, it is not eligible for WJC membership, as the Congress is a political association. Shpigel’s motion was not supported, and an overwhelming majority of the delegates (85 of 88) voted against it.

The next meeting of the WJC Governing Board is set to take place in January 2009. Its tentative venue is New York.