The Lesson Of Munich 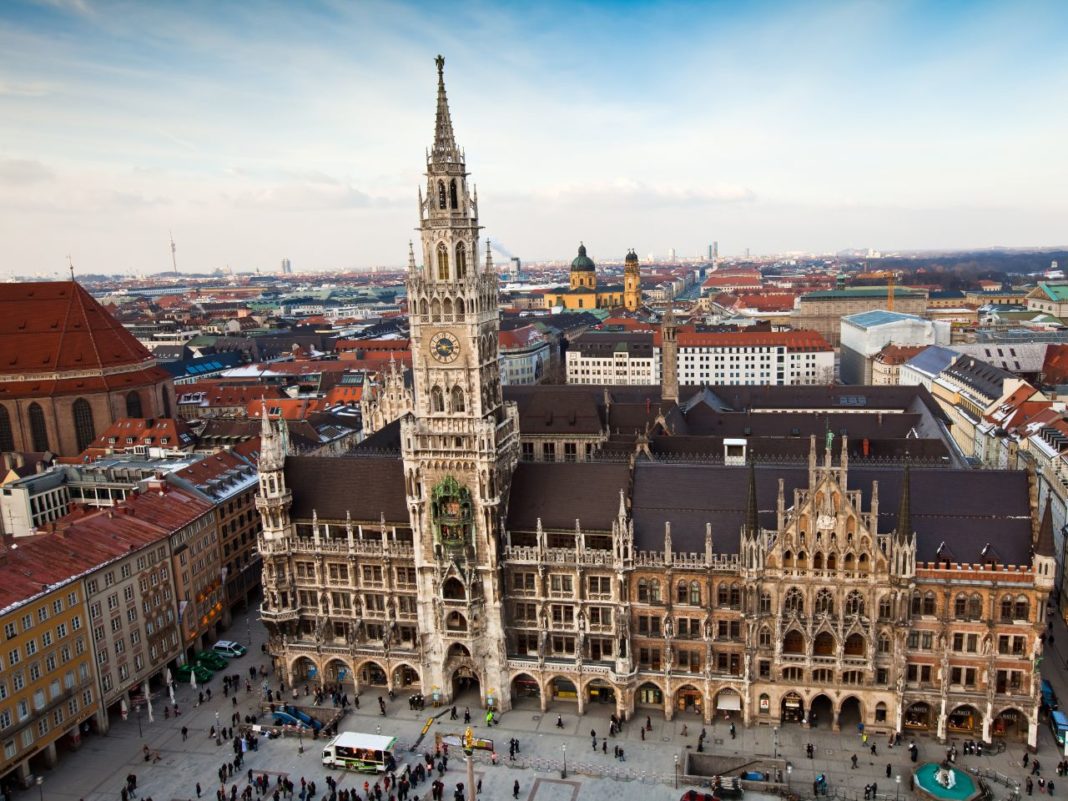 This week 70 years ago, the infamous Munich Agreement was signed. Europe already stood on the brink of war.

The prime ministers of France and Britain, Edouard Daladier and Neville Chamberlain, met in Germany with Nazi Germany’s dictator Adolf Hitler and the Italian ‘Duce’ Benito Mussolini. To avoid war, Daladier and Chamberlain approved the German annexation of the Sudentenland, a part of Czechoslovakia whose government was not given a say in the matter. France decided it would not honour its military pact with Czechoslovakia. There, the deal is still known as the ‘Munich Betrayal’.

Whilst Chamberlain claimed that Munich meant “peace in our time.” Daladier was much more sceptical, yet stood by the agreement. Erroneously, both leaders thought that caving in to some of Hitler’s demands would preserve peace and stability in Europe.

In September 1939, Hitler started World War II, occupying Poland within weeks. In 1940, Belgium, France and the Netherlands surrendered, too.

Hitler always wanted this war, and he had never concealed that. Why ­– as late as 1938 – did political leaders in Europe think that they could contain this man by buying time and by engaging in fruitless last-minute diplomacy?

Yet, as we all know, when Hitler called on Chamberlain and Daladier to put their cards on the table, he knew he had won. War was not avoided in Munich, it was just postponed – to the advantage of Nazi Germany’s war machine. Fifty million people, including six million Jews, were killed as the consequence of this failure to contain the Nazis.

Why do the events of Munich still matter in our time? Because today the world – and Europe in particular – is once again trying to gain possible short-term advantages instead of looking further ahead and confronting the dangers posed by a big country: Iran

For the last four years, numerous diplomatic efforts have been undertaken to stop Iran from pursuing a nuclear program that could enable it to build its own nuclear weapons. I have stopped counting the number of meetings between senior EU officials and the leaders of Iran. Often, the only thing both sides can agree upon is to meet again soon.

Countless reports by the International Atomic Energy Agency (IAEA) in Vienna have made one thing crystal clear: the leadership in Tehran cannot be won over by silent diplomacy and incentives, nor by an ineffective sanctions regime.

Whoever seriously believes that President Ahmadinejad and his regime are merely interested in producing atomic energy for purely civil means are fooling themselves, just as much as Daladier and Chamberlain let themselves be fooled by Hitler. Were Iran‘s intentions peaceful, a diplomatic solution would have been found long ago, and Tehran would today be fully cooperative with the IAEA inspectors and meet the demands of the UN Security Council.

This is not a Jewish issue, although as in the 1930s Jews are often the first victims of intolerance, racism and chauvinism. It is no coincidence that Ahmadinejad dedicates large parts of his public speeches to ranting about Israel and Jews, and to downplaying, or denying, the Holocaust. In his speech to the UN General Assembly in New York last week, he repeated century-old anti-Semitic stereotypes, attacking Jews as filthy and greedy and alleged that they exerted control over international financial and monetary centers. Looking back 70 years, this all sounds familiar…

Seventy years ago, the international community and the major powers failed miserably in preventing a human catastrophe. When returning home from Munich, Daladier perhaps sensed the mistake he and Chamberlain had made when signing away parts of the territory of a third country in order to appease a brutal dictator. Referring to the crowd cheering him at his arrival in Paris, he reportedly told his aide: “Ah, les cons! S’ils savaient!” [“The idiots! If only they knew!”]

Iran’s nuclear program is advancing at great speed. So what can be done?

First and foremost, the world needs to present a united front. Tehran has always exploited discord between the major powers to the fullest extent possible, and deployed its stonewalling tactics. It is also crucial that organisations representing civil society, including the religious denominations, take a more active stance in the debate to shape public opinion in the West.

Sanctions will only work if they affect the key sectors of oil and gas in Iran. Sanctions need to be policed effectively. The more faint-hearted these efforts are, the dearer the international community will pay for the consequences in the future. Who can really discount the terrible scenario of Iranian nuclear arms ending up with Hezbollah in Lebanon, as conventional arms already do?

We must not forget another important element: the restriction of trade relations with Iran, and more importantly, urging businessmen towards more self-restraint regarding deals in Iran. The trade volume of EU countries with Iran is in the region of €30 billion per year. Thousands of companies are doing business there, and most are still keen to sign new mega deals, primarily with the state-owned Iranian oil and gas companies. New investments in Iran, certainly those in the key industries, should be suspended until Tehran complies fully with its international obligations. If self-restraint fails, Europe’s democratically elected political leaders need to work out a common solution. It may well be economically painful at first. But if US taxpayers are deemed to be able to shoulder a $700 billion aid package to rescue their banking sector, Europe should be able to come up with a financially much smaller effort, one that would undercut Iran’s persistent efforts to hold the world to ransom.

Recent developments are a mixed bag: On the one hand, Switzerland’s foreign minister in March travelled to Tehran to help clinch a multi-billion dollar deal for a Swiss public gas company, and Germany’s deputy economics minister lobbied successfully on behalf of a private German firm to get a €100 million deal with Iran approved by the government’s own export control agency. On the other hand, some major companies – including the French energy giant Total – have pulled out of major investments in Iran.

Only if the measures described above produce no significant effect should military strikes against Iran’s nuclear facilities be envisaged. Any such action must have the backing of the UN Security Council and of a broad coalition, including Middle Eastern countries.

Just as their predecessors in the 1930s, today’s ‘appeaseniks‘ prefer to predict a disastrous war with Iran in order to rule out any military measures. No responsible politician in the Western world – or in the Middle East – will want Iran to possess nuclear weapons. Yet good intentions need to be backed up by good actions, and so far, the arguments and incentives offered to Tehran have not produced any significant results.

Perhaps the Munich Agreement was also signed because of the widespread – and understandable – anti-war sentiment among the British and French public. Daladier and Chamberlain were celebrated upon returning home from Munich. Less than two years later, Hitler’s soldiers flew the Swastika Flag on the Eiffel Tower whilst London was suffering from heavy German bombardments. Both Daladier and Chamberlain were forced to resign as prime ministers. The fundamental question is: Have today’s political leaders learnt the lesson of September 1938?