Ex-President Sets Out A Polish Vision Of Tolerance 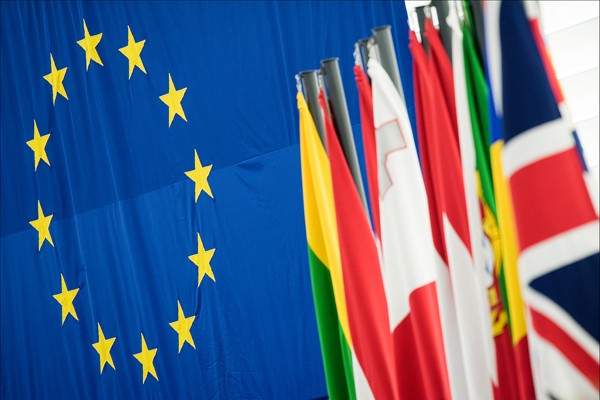 In Paris for the inaugural meeting of the European Council on Tolerance and Reconciliation – a forum established by European Jewish Congress head Moshe Kantor and former politicians from 10 European countries whose stated goal is to further initiatives that promote dialogue and coexistence – the former president of Poland, Aleksander Kwasniewski, sat down with The Jerusalem Post to talk about his own vision of tolerance and the special connection Poland has with the Jewish people.

The following are excerpts from the conversation:

What do you think your experience in Poland can impart to the ECTR?

So our experience is important. Tolerance is an important value in the world, and it’s something we understand well. I think it’s important to continue the politics of tolerance and reconciliation.

What role do you see the Catholic Church playing, as far as the ECTR is concerned, and in helping to further your ideas for tolerance?

The Catholic Church is already participating, unofficially. If you remember the words of the Polish pope, John Paul II, he was one of the champions of tolerance and reconciliation, and he encouraged even very conservative people in the Catholic Church to be more open, to understand, to respect differences, to respect other religions and to create this atmosphere of dialogue. Pope Benedict is continuing this work.

Your neighbor, Austria, has been in the news lately with the election of two different right wing parties to the government. Can you give some insight into that from a Polish perspective, and what ramifications those results might have on the state of tolerance in Europe?

But the real question here is why this mood of populism and nationalism is so strong, and that needs to be analyzed further. I also think it should be said, that if we have such a problem with nationalist parties in wealthy countries like Austria, which has a long tradition of democracy and is member of the European Union, it means that nobody is immune.

So in that vein, what should the role of governments be in legislating initiatives for tolerance?

The most difficult question there is how to balance traditional communities and immigrants in a new society. This is a difficult problem. And this is something that Jews understand very well – the problem of how far to be assimilated. How far to be independent, or how far to protect your own identity.

If we created such policies, where immigrants have all of their rights to protect their own identity, but at the same time are educated to respect their host country, that could be a great balance.

I’ve had experience on this with the Polish minority living in Lithuania, for example. It’s a minority that has existed for hundreds of years, and they were against the government’s legislation there that said they had to speak Lithuanian. I told them,”You live in Lithuania, and that’s a precondition for everything.”

If you are in France, it’s necessary to speak French, if you live in Israel, it is necessary to speak Hebrew, and that is something that should be expected, it’s not against the rules – it doesn’t violate your identity and I think it’s an acceptable balance for cohabitation and coexistence.

Still, the history of the world is complicated. Just look at the Balkans in recent years. It’s something that was unimaginable: At the end of the 20th century we saw ethnic cleansing.

So how do we begin to work towards tolerance? What’s the first step?

The biggest challenge is how to change the stereotypes, and I think we’re beginning to do that. We just started to build, in Warsaw, the Museum of Jewish History in Poland. It’s going to be the Hall of Fame of Jewish History, if you will, in a nice, new building in the center of Warsaw. It will show the whole 1,000-year history of Jews in Poland, and the impact of Jews on Polish history.

For young Polish people, and to others, we can show that this history is not only connected to the Holocaust. It is a much longer and deeper history, and I think this can contribute to a new situation and a better understanding.

Just look at Polish literature – some of the best Polish writers were Jews. Look at the prime ministers of Israel – Begin, Shamir, Ben-Gurion – the connection is really strong, and we can be proud of that. We should be proud of that.