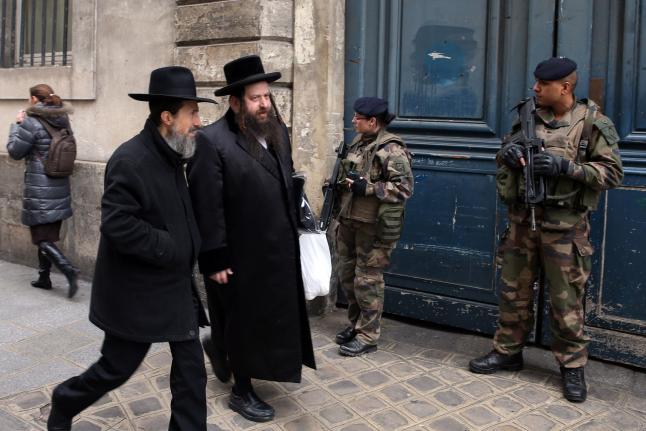 Seventy years after the “Reichspogromnacht”, the president of the European Jewish Congress gives a somber outlook and warns of the Iranian quest for power

Seventy years ago, the synagogues burnt in Germany. The German State had not only withdrawn its protection from the Jewish part of its population, it had appointed itself as the leader of all those who were out to take away honour, property and even the lives of Jews. Until this day, “Kristallnacht” symbolizes the failure of civil society and its institutions, and it was the beginning of the biggest crime in the history of mankind, the Holocaust.

In collective Jewish memory, the knowledge about how the Holocaust came about is deeply embedded, and centuries of our persecution have made our people very sensitive to signs of undesirable developments in society.

We quickly become worried because experience shows that Jews are often the first who suffer from discrimination. The slow erosion of tolerance and mutual respect between groups in society is worrying, and this often heralds a descent into exclusion and barbarism.

Today, many Jews are once again worried. It worries us that anti-Semitic crimes are on the rise in Germany. With recent German history, the question must be asked why 63 years after the end of World War II, there is still – or rather: there is yet again – widespread resentment and even violent acts again Jews.

It worries us that these days we have to witness how this important problem is being dealt with by politicians who conduct a petty partisan debate and for whom it is even a challenge to pass an all-party resolution on how to effectively combat anti-Semitism. The appointment of a special representative of the Bundestag for tackling this problem would have been an important sign on the occasion of the 70th anniversary of 9 November 1938, not only as a symbol but also to make it clear time and again to political leaders where there is a need to act.

We Jews are also worried about many situations, events and developments in other European countries, for instance the shocking lack of knowledge about the Holocaust. This ignorance makes for fertile ground on which intolerance and aggression can prosper. Particularly in some eastern European countries nationalistic and racist theories can now once again be propagated publicly and without hindrance by State authorities (sometimes even under their protection, such as recently in Lithuania) in marches and rallies. In Budapest, paramilitary guards are patrolling the streets in uniforms bearing symbols that are deliberately resemble those of the fascist Arrow Cross regime during World War II and to whom Jews, Sinti and Rome people, foreigners and other minorities are a thorn in their side.

In Europe, we also witness this new intolerance and aggression with the new anti-Semitism in Islamist origin. Often, violent acts against Jews are deemed isolated incidents with which each country should better on its own. That is a fallacy. Of course every country needs to act on its own, and each country has its own customs and laws. However, anti-Semitism and intolerance are now cross-border phenomenons.

Especially on the internet, we can see the massive and ugly work of old and new anti-Semites, around the world. Some online retailers make a killing by selling Hitler T-shirts and reprints of Mein Kampf. Websites dedicated to promoting hatred and calling for murder and destruction are numerous. Anti-Semitism and intolerance therefore can only be contained by pooling forces, working together internationally, and pursuing a coordinated strategy. The creation of a national representative for tackling this problem would be an important instrument not only for Germany. The EU should also think about creating such a position.

Intolerance ignored or tacitly tolerated by the State is bad enough. Even worse is state-sponsored intolerance. We Jews are extremely concerned that with Iran anti-Semites around the world-wide have got a new impulse generator and financial supporter.

It was again the Jews who were responsible for the current problems in the world, the Iranian president recently said before the General Assembly of the United Nations. In many countries, scores of young Muslims with no good prospects in life are being mobilized by such rallying cries. Moreover, it is the repeatedly stated aim of the Iranian president to wipe Israel off the map.

Witnessing all this, which Jew does not get a feeling of déjà-vu? Who does not feel reminded of November 1938 and all that followed it?

Iran is also pursuing its quest for nuclear weapons. Independent of the question of whether or not such bombs would ever be deployed, the ability to threaten others would already create fear and despair in the region. Similar to Hitler’s Germany a nuclear Iran could be the epicenter of a sphere of barbarity and elevate the level of anti-Semitism to a new dimension.

Therefore, we need to stop the intolerance and aggression of the regime in Tehran. If years of diplomatic efforts have been blatantly undermined and if the only purpose of Iran is to win time, we must impose tougher sanctions.

Whoever is doing business with Iran without any qualms is downplaying the danger which this state poses. Whoever discards the threats constantly uttered by Iran’s president as mere rhetoric ignores the devastating impact they have. Spreading anti-Semitism is again becoming a means to pursue the national interests of a country. Whoever thinks that the financial support given by Iran to the Hezbollah terrorists in their fight against Israel is just an issue for the tiny Jewish state to deal with chooses to ignore that this is an evil strategy.

Remember: What in 1938 was considered an internal German problem months later became one affecting the whole world.

Those who always want to placate and appease should take note: We Jews are often the first who become victims. However, we are almost always not the only ones.

Because the history of the Jewish people is one of persecution we are today also worried when racism, chauvinism, xenophobia and intolerance spread. This is why, together with former Polish President Aleksander Kwasniewski, I have set up the European Council on Tolerance and Reconciliation. I am happy that Rita Süssmuth represents Germany on this body. We want to improve education because it is the basis for understanding and mutual respect in society. I know that creating tolerance is not an easy task. There is no panacea, and it is not possible to take a pill and wake up “tolerant” the next day.

Learning tolerance can be a long and painful process. Quick and spectacular results are not to be expected. This is perhaps the reason why Jews are often so disappointed about the discrepancy between the speeches given on Sunday and the political actions undertaken on Monday.

After commemorating the “Kristallnacht” victims next Sunday, we will host a special event on Monday at the European Parliament in Brussels, which should pave the way ahead and which is dedicated to the promotion of tolerance and reconciliation.

It is reassuring to see that so many political leaders unequivocally support this objective and that they want to work together on a more tolerant world. Perhaps one day the events of 9 November 1938 will be looked at as a phenomenon that Europe managed to overcome. However, until then, a lot remains to be done.