Kantor: 70 Years After Kristallnacht Life Of The Jews Still Threatened By Intolerance 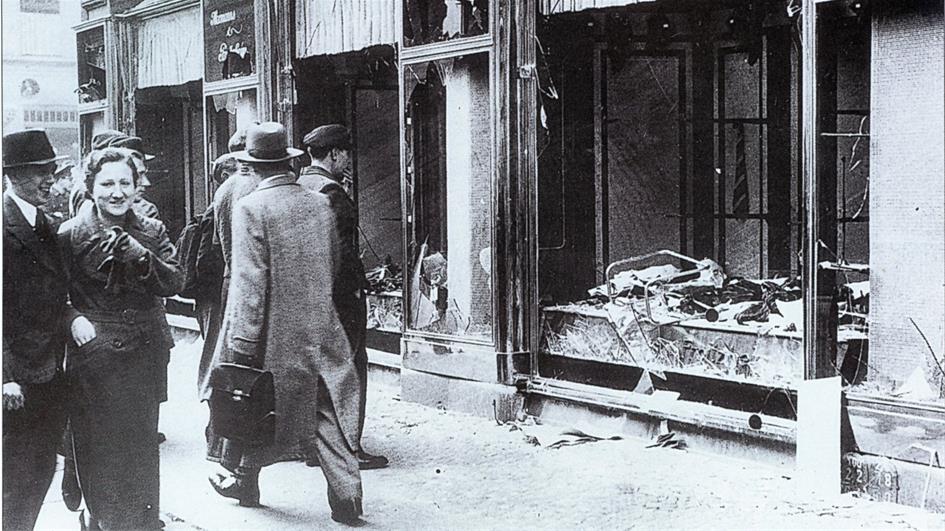 BRUSSELS (EJP)-70 years after ‘Kristallnacht,’ the anti-Jewish pogroms organized by the Nazis as a prelude to the Holocaust, the life of the Jews is still threatened by intolerance and hatred, Moshe Kantor, President of the European Jewish Congress (EJC) said.

Speaking on Sunday in Brussels at a memorial service organized by the EJC at the city’s Great Synagogue to mark the anniversary, Kantor said: “Seventy years later, Jewish lives and Jewish property are yet again facing the forces of hate and barbarism. The forces of extremism, anti-Semitism and intolerance are in many ways stronger today than they have ever been.”

He added: Iran is developing a military nuclear power which threatens not only Jews but the Middle East, Europe and beyond.”

“The leader of Iran, a country which is developing the nuclear weapon with the help of European companies is thratening to wipe Israel off the map and clearly makes anti-Semitic statements to the United Nations General Assembly and not a single representative of any state leaves the chamber in protest.”

“Today, 6,000 European companies, despite all governmental declarations, collaborate with the Iranian regime. The total turnover of such collaboration is 100 billion dollars. We are currently witnessing many nations from both the Axis and the Allied powers in WWII joining forces to assist in the creation of nuclear warheads for Iran. Even with the past lesson of 70 years ago ringing in our ears, we continue to ignore it and pay it no heed.”

Referring to the 50 million victims of WWII, Kantor said: “Bystanders and observers always pay the highest price of intolerance.”

The memorial service at the synagogue was attended by political and Jewish leaders from across Europe, the chief rabbi of Tel Aviv, Rabbi Yisrael Meir Lau, and Rabbi Arthur Schneier of the Park East Synagogue in New York, both Holocaust survivors, as well as diplomats and members of the Belgian Jewish community.

“By burning synagogues and Torah scrolls, the Nazis understood that they were touching the heart of the Jewish life,” Rabbi Lau said in his address, calling on the necessity for the Jews “to learn from the past.”

The ceremony is part of events held in Brussels, seat of the main European Union institutions, to commemorate ‘Kristallnacht’ (or Night of Broken Glass) but also to promote tolerance and reconciliation across the continent.
On Monday, the European Jewish Congress hosts a special event promoting tolerance in the European Parliament.

The event will be held under the auspices of the president of the EU assembly, Hans-Gert Poettering. Speakers will include European Commission President José-Manuel Barroso, former Polish President Aleksander Kwasniewski, who chairs the recently launched European Council on Tolerance and Reconciliation (ECTR), Lluis Maria de Puig, Spanish President of the Parliamentary Assembly of the 47-nation Council of Europe.

“We are initating a very strong programme to unite Europe, Jews and non-Jews, around tolerance and reconciliation in order to fight radicalism, extremism and anti-Semitism,” Moshe Kantor said.