Tolerance’ Is Not The Lesson Of Kristallnacht 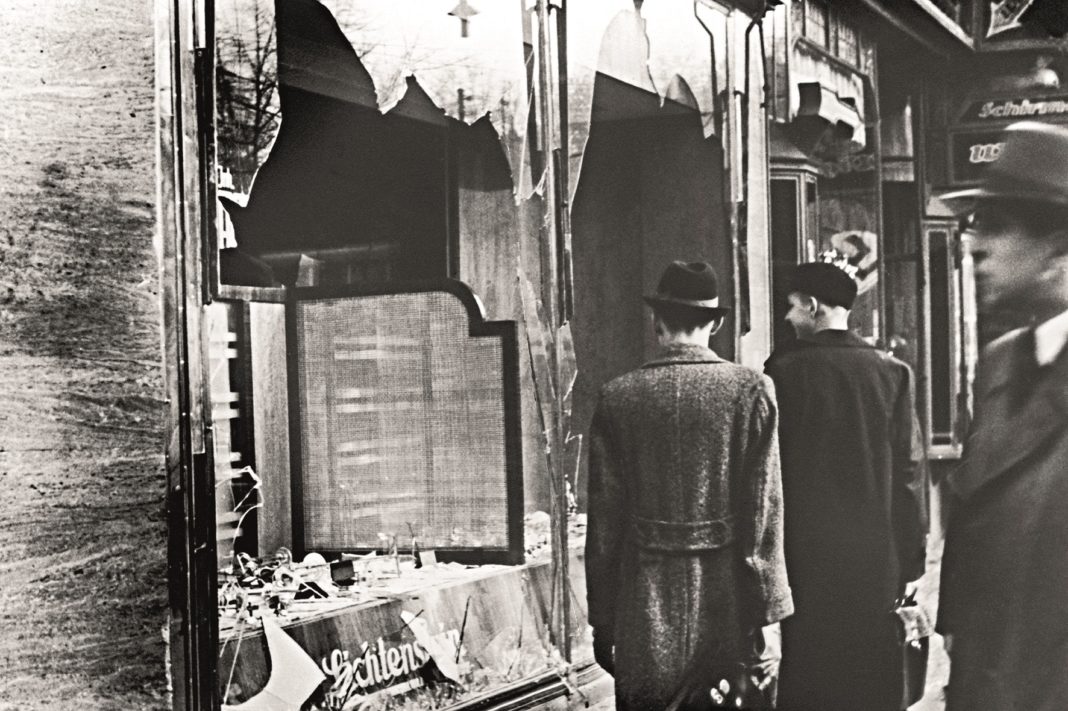 Sunday was the 70th anniversary of Kristallnacht, the night of broken glass. With some notable exceptions, Europe has opted to mark the occasion by missing its point. “We must not be silent,” said German Chancellor Angela Merkel at a memorial ceremony in Berlin’s renovated Rykestrasse synagogue, one of the few that was not burned down that night by the Nazis — though 2,200 others were, as crowds of German or Austrian citizens looked on. “There can be no tolerance, for example, if the safety of the state of Israel is threatened by Hamas, Hezbollah and Iran.” Well said. Maybe the chancellor will turn next to the issue of the 2,000 German companies that still do business with Tehran, whose exports are up more than 14% this year.

Less well said is a “white paper on tolerance,” which, along with a draft of a “European Framework Convention on Promoting Tolerance and Combating Intolerance,” was presented yesterday at a conference at the European Parliament in Brussels. The meeting is generating interest in part because of the participation of representatives from Saudi Arabia, Egypt and other Muslim states — none of which are especially known for their solicitude toward Jews.
Maybe they’ve had a change of heart. Alternatively, they might have figured out that the banner of “tolerance” — a word that means nothing — can serve their purposes as well as the “peace” movement once served the Soviet Union.
To be sure, neither the white paper nor the framework convention is short on references to anti-Semitism and its “current increase . . . in many European countries.” But the drafters of the convention also claim to be “profoundly convinced that combating anti-Semitism, while requiring a specific type of action, is an integral and intrinsic component of the fight against racism.”

With this premise, the convention proposes various legal penalties for the “dissemination of any ideas based upon racial superiority or hatred,” as well as policies to promote “special positive measures to further equal social development and ensure the civil, political, economic, social and cultural rights of all victims” of discrimination.

But if that sounds relatively anodyne, consider the ways in which radical Islamists in Europe have been using hate-speech codes to their advantage. In 2005, the Times of London reported that the radical Islamist group Hizb ut-Tahrir — proscribed in Germany for distributing anti-Semitic literature — had launched a recruiting drive on college campuses under the aegis of a “Stop Islamophobia” campaign. In Belgium, the leader for several years of the Arab European League, which claimed to defend Antwerp’s Muslim immigrant Moroccan community against police harassment, was Dyab Abou Jahjah, himself a Lebanese member of Hezbollah.

Then there is the instructive, albeit complex, case of the Cologne mosque project. An enormous structure designed to accommodate 4,000 worshippers, it was approved by city hall and sponsored by the Turkish-Islamic Union (or DITIB), an umbrella group considered to be relatively moderate. Given that 12% of Cologne’s population is Muslim, it seems a reasonable accommodation.

Yet the sheer scale of the project aroused widespread unease. In September, a group called “pro-Cologne” — some, though by no means all, of whose members had ties to anti-immigrant parties such as the Flemish Vlaams Belang — attempted to hold an anti-Islamification Congress. They were thwarted by an estimated 40,000 protestors throwing paint bombs and chanting “No Koelsch [beer] for Nazis.”

Superficially, at least, the protestors seemed to have achieved a worthy objective against some unsavory characters. Yet as John Rosenthal of the invaluable WorldPoliticsReview Web site points out, Germany’s actual Nazis took a different view.

“Inasmuch as it is a determined opponent of the western-plutocratic one-world policy, we regard Islam, globally considered, as an ally against the mammonistic dominance of the American east coast” went a statement published by the neo-Nazi North German Action Office, using the words “American east coast” as a euphemism for Jews. “‘Pro-Cologne’s’ superficial populism against Islam sends a completely wrong signal, about which only pro-Israel circles could be happy.”

This isn’t to say that the Cologne protestors are closet neo-Nazis. Nor is DITIB a radical group, at least compared to Hizb ut-Tahrir. Yet DITIB refuses to distinguish between Islam (a religion) and Islamism (a political idea) and accuses anyone who has an unkind word to say about the latter of being a “racist.”

Much the same goes for other “mainstream” Islamic groups in Europe, who would find in the proposed “framework convention” a useful tool through which to shut down serious and legitimate concerns about the rise of Islamism — along with its usual cargo of Israel- and Jew-hatred — in Europe. One perverse result is that these groups will now be in a position to dictate the terms of what constitutes acceptable speech. Also perverse, and a process that’s already in train, is that European moderates will increasingly find themselves marching into the arms of parties like the Vlaams Belang.

So here we are, 70 years after Kristallnacht, as good an example as any of what happens when the evil of the few (or, perhaps, not-so-few) takes advantage of the cowardice of the many. If there’s a lesson here, it’s in the need not for “tolerance,” but for moral courage. Now as before, Europe finds it in short supply.