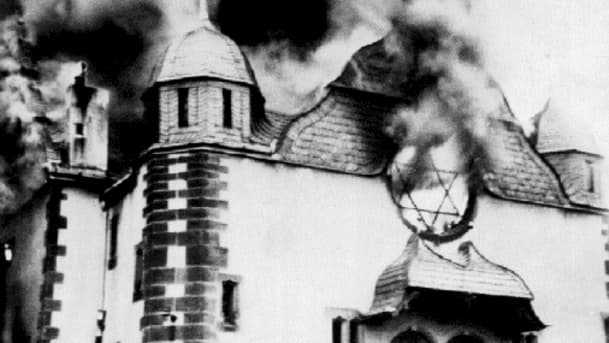 In his address, the President noted: “Today, on International Tolerance Day, the civilized world is commemorating the victims of the Nazis’ atrocities, which paved the tragic way for the Holocaust. I am convinced that progressive forces will make every effort to prevent the recurrence of such a tragedy. Your memorial event is yet another contribution to achieving this objective, which is of utmost importance.”

The memorial event was held in Kaliningrad as part of an international series of commemorative events on the occasion of the 70th anniversary of die Kristallnacht. Similar events were held in Brussels and Prague. Kaliningrad was included in the initiative because the pogroms of die Kristallnacht actually took place around it – in 1938 what is currently the Kaliningrad region was a part of Germany within East Prussia.

The speakers at the event included regional leaders, diplomats, public figures and heads of Russian Jewish communities. The guest of honour was Michael Wieck, a witness of die Kristallnacht who is also a famous musician from Stuttgart and author of a memoir entitled A Childhood Under Hitler and Stalin: Memoirs of a “Certified Jew.” His photographs of Konigsberg in the 1940s, documentary footage and footage of today’s anti-Semitic crimes created a backdrop for the speeches by Holocaust survivors sharing their memories. The evening ended with the national anthem of the State of Israel, Ha-Tikvah.

Before the event, its organizers held a press conference attended by executive vice president of the Russian Jewish Congress Nikolay Propirny, president of the Russian Research and Educational Holocaust Center Alla Gerber, Holocaust Center co-chairman Ilya Altman, deputy president of the European Jewish Fund Yuri Kanner and Anton Barshchevsky, director of the movie Heavy Sand. Propirny stressed the necessity of Holocaust studies, as the Holocaust is not just part of Jewish history. According to Propirny, people need regular vaccinations against the virus of anti-Semitism because the vaccine does not have a prolonged effect. The current state of xenophobia provides additional proof of the continuing need for vaccinations.

The memorial event opened a three-day International Conference on the Lessons of the Holocaust in the Today’s Russia, held in Kaliningrad on November 16-18 under the slogan Memory and Forewarning. The conference brought together scientists from Russia, the CIS, Baltic States, Germany, the U.S., Israel, the Czech Republic and the Netherlands to discuss ways to address Holocaust denial. The conference also discussed how video history lessons are used in Russian and CIS schools and how Holocaust remembrance is implemented in the former Soviet Union .