Anger And Aid As Israeli Offensive In Gaza Rolls On 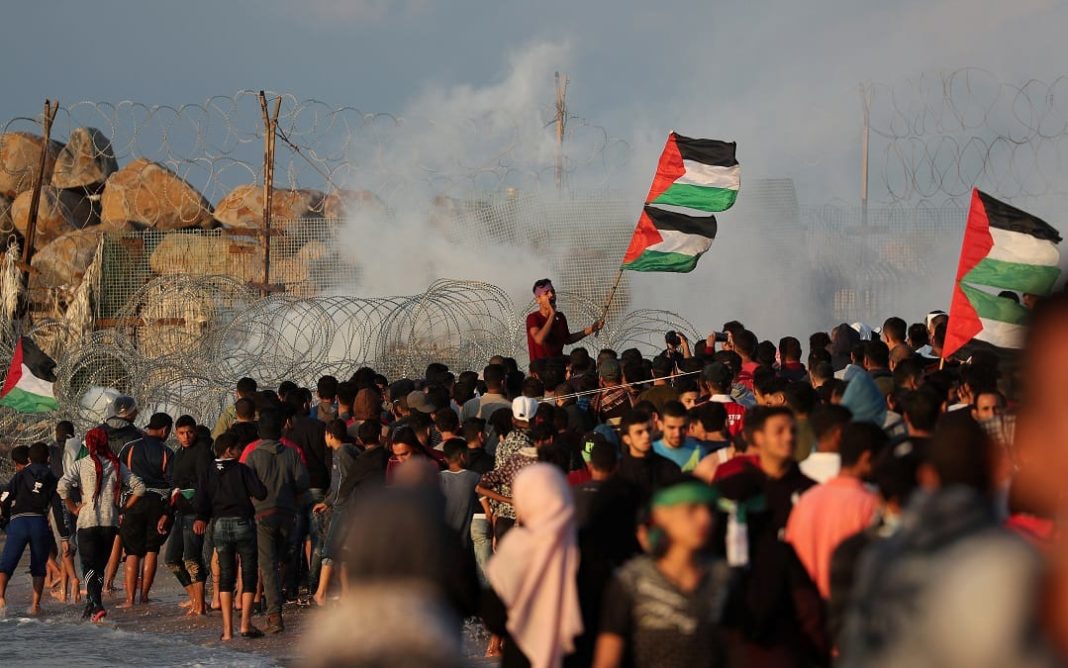 Protests and aid drives took place from Kano to Karachi as Israel briefly silenced its guns Wednesday, while European Jews announced their own rallies to support the Jewish state’s offensive on Gaza.

In Nigeria and Niger, tens of thousands protested the Israeli bombings that marked their 12th day, with roughly 23,000 Shiite Muslims marching in the main city of Kano in Nigeria’s mostly Muslim north, police said.

Organisers estimated the number at 30,000.

“We condemn in strong terms the ongoing genocide (perpetrated) by Israel in Gaza with the complete support of the United States and Arab leaders who have kept silent,” said Sunusi Abdulkadir, who organized the Kano demonstration by the Islamic Movement in Nigeria.

Thousands of protesters in neighbouring Niger also denounced Israel’s “cowardly aggression” on Gaza, while the Islamic Council of Niger, the highest religious body, described the Israeli campaign as “savage.”

Shiite Muslims were also on the streets in Pakistan’s largest city Karachi, where thousands turned a religious procession to commemorate the death of the Prophet Mohammed’s grandson into an anti-Israel protest.

Participants burned Israeli and US flags and chanted “Death to Israel, death to America.”

The latest protests came as Israel observed a three-hour truce it said would take place daily – so long as Hamas follows suit – to allow Gaza’s embattled residents to get food and fuel.

Diplomatic efforts meanwhile gathered pace, as Israel appeared to warm to a Franco-Egyptian truce plan even as it continued its military campaign.

Some 689 Palestinians have died since the start of Israel’s offensive on Gaza in late December, with almost a third of them children, medics said Wednesday. About 3,000 have been wounded.

On the outskirts of the Turkish metropolis Istanbul on Wednesday, lines stretched out in front of two blood banks set up by the Red Crescent, as several thousand Shiite Muslims donated blood for Gaza victims.

“This year, the tents are close to breaking point. How could we do anything else when we see what is happening in Palestine?” asked one 33-year-old participant, Aytekin Sayan.

In Greece, a group of pro-Palestinian activists announced it would send an aid boat to Gaza via Cyprus on Thursday, shortly after a similar effort failed.

“Our mission has a double goal, not only to deliver aid but also to take a stand on what is a real humanitarian disaster,” said Vangelis Pissias, a member of the Free Gaza Movement organising the mission, which will include doctors, journalists and politicians as well as aid.

He said the boat would avoid Israeli waters, travelling from Cypriot to international and finally to Gazan waters to reach the territory.

There was also a show of support Wednesday for Israel, notably on the part of European Jewish groups, which said they would stage four days of street rallies across the continent.

“It is vital that we show our solidarity and support for Israel at this time,” said Moshe Kantor of the Paris-based European Jewish Congress.

“Israel is on the front lines of a battle that stretches all over the world whilst Hamas is part of a larger, international terrorist network, with links to Tehran,” he said, expressing the Israeli government’s views.

In Brussels, some 300 people joined a pro-Israeli demonstration outside the Iranian embassy called by the EJC, shouting “Israel will live” and “Hamas terrorist, Iran terrorist.”

Several thousand people turned out in Paris on Sunday in a EJC-organised event. Other rallies have been scheduled in Rome, London, Munich, Frankfurt, Berlin and Vienna.