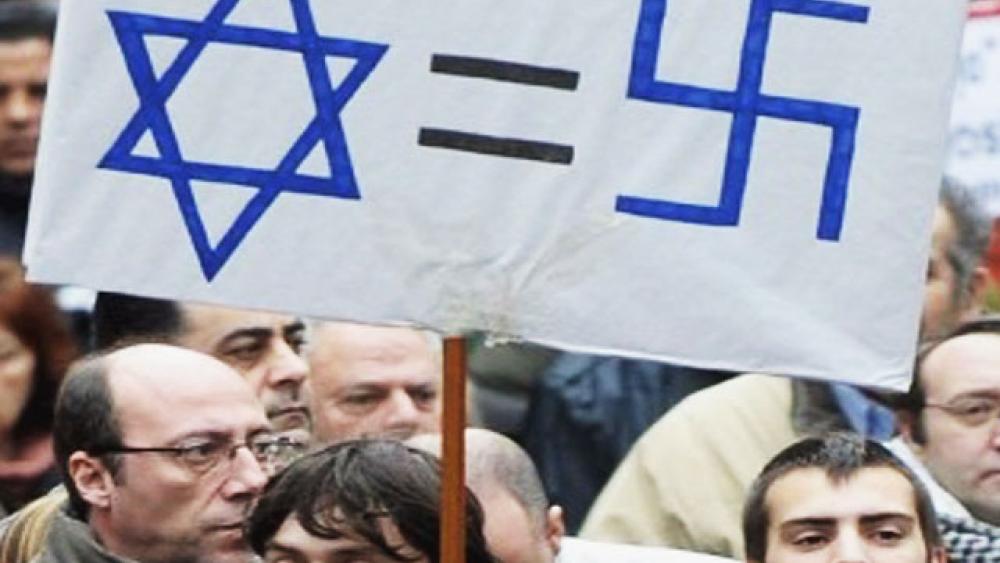 The European Jewish Congress (EJC) called Tuesday on European governments to differentiate between legitimate protest and outright anti-Semitism during rallies and demonstrations against Israel’s operation in Gaza.

In a statement, the Paris-based umbrella body for Jewish communities in Europe expressed “shock and outrage” at the increase in anti-Semitic acts across Europe and at the spiraling anti-Semitism on the streets of Europe.

The EJC urged the European Parliament to pass a resolution condemning the recent wave of anti-Semitic incidents.

“The Jewish community is witnessing a hatred and vitriol not witnessed on such a scale in Europe since the Holocaust,” the EJC said.

“European governments and police have ample evidence that some anti-Israel demonstrations have descended into openly anti-Semitic tirades, which on many occasions, calls for the killing of European Jews.”

Some banners reading “Death to the Jews” and “Be Prepared for the Real Holocaust” were openly shown on the streets of Europe,” the EJC said.

The EJC cited the example of a demonstration in Amsterdam where thousands chanted “Jews go to gas” even while Dutch members of parliament marched alongside.

“I am shocked by these incidents,” said Moshe Kantor, President of the European Jewish Congress. “You will never find, during a pro-Israel rally, such behaviour towards European Muslims. These blatant calls for acts of violence against European Jews are an aggressive crossing of all red lines endangering the co-existence within European democracies.”

The EJC also condemned as “inconceivable” that only sixty years after the Holocaust, there are again calls for a boycott against Jewish-owned businesses, as happened in Rome last week..

Kantor called on European governments to abide by definitions of anti-Semitism already laid out by the Vienna-based European Union Monitoring Centre on Racism and Xenophobia (EUMC).

According to the document which was prepared in 2004, the purpose is to provide a practical guide for identifying incidents, collecting data, and supporting the implementation and enforcement of legislation dealing with anti-Semitism.

“The EUMC has a working definition of anti-Semitism as it manifests itself relating to Israel. Calling Israel a ‘racist endeavour’ or ‘a Nazi state’ is simply anti-Semitic according to these criteria,” Kantor explained.

The EJC urged the European Parliament, in plenary session in Strasbourg this week, to pass a resolution condemning the recent wave of anti-Semitic incidents.

Synagogues in Paris, Brussels, London, Toulouse and Helsingborg were recently attacked and there has been a rise in attacks on Jews in the streets of Europe.

The Community Security Trust, a Jewish defense group based in the UK, said it had seen a rise in anti-Semitic incidents since the start of Israel’s offensive in Gaza. The group said it had recorded 20-25 incidents across Britain in the past week that it believed were connected with Gaza, including an arson attempt on a synagogue in north London on Sunday.

In France, 30 anti-Semitic incidents have been reported since Israel started its military operations in Gaza on December 29.