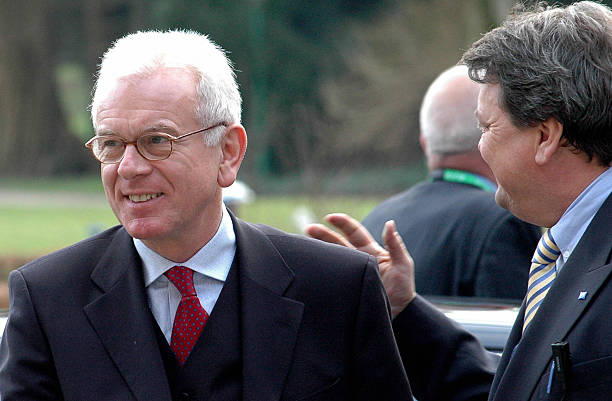 The umbrella organization representing European Jewry is calling on the European Parliament to do more to stem the alarming rise in anti-Semitism from Britain to Lithuania.

European Jews have increasingly come under attack, with the number of anti-Semitic incidents in 2009 already half the number for all of 2008. The occurrences range from shouts of “death to the Jews” at anti-Israel rallies to serious physical assaults. The EJC reports that in Antwerp, a home with 12 children was set on fire. No one was hurt in the attack. In Odense, Denmark, a Dane of Palestinian origin shot two Israelis at a shopping mall where they were working, while in Finland, the Green party was accused of anti-Semitism for comparing the Star of David to a swastika. In Florence, a bomb was found at the city’s Chabad House, while synagogues in Amsterdam, Arnhem and Haaksbergen, The Netherlands, were subject to arson attempts.

Anti-Semitic incidents in the United Kingdom have been particularly rampant, with 220 occurrences reported from Dec. 27, 2008, to Jan. 19, 2009. They included 10 assaults and 50 anti-Semitic daubings, as well as threats to individual Jews and organizations.

Kantor said the lessons of the Holocaust have not been learned in Europe. “This situation today is worse than it’s been in decades,” he said in an e-mail interview. “Jews feel extremely unsafe and feel that little is done to prevent this. We have witnessed an alarming rise of anti-Semitism in the last month, due in part to the situation in Gaza. We must not forget these phenomena are against common European values, those that helped establish the European Union. The fight against anti-Semitism in Europe is a constant one. We’ve made much progress, yet it persists.”

Kantor was gratified by the position taken by EU President Hans-Gert Pottering, who expressed solidarity with European Jewry during International Holocaust Remembrance Day on Jan. 27. In addition to “paying homage to all the victims of the Shoah,” in a letter to Kantor, Pottering stated: “On this anniversary, we are also called upon to speak out clearly and reject any instances of anti-Semitism and intolerance in our own countries in our own time. The European Parliament has consistently taken a strong stance against racism, xenophobia and anti-Semitism. These are phenomena which have no place in our modern European community of values. They are a threat to our belief in a European Union whose cornerstone is respect for human dignity of each and every human being.”

Kantor said that the EU president “cannot force the political groups to pass resolutions, only set the tone. In this light, we are very disappointed with certain political groups in Parliament that have completely sidelined the question, because they consider it to be politically incorrect to mention anti-Semitism in Europe when so many have died in Gaza. To us, this amalgam is not only unnecessary, but conceptually wrong. Jewish individuals, businesses and places of worship in Europe deserve attention and recognition as well.”

Kantor said that “parliamentarians and parliamentary groups do not want to be seen as insensitive toward Palestinians by recognizing anti-Semitism in Europe… We completely reject this idea that one can not speak out against anti-Semitism because of fears that it will be offensive to certain people. This notion itself is a major problem.”