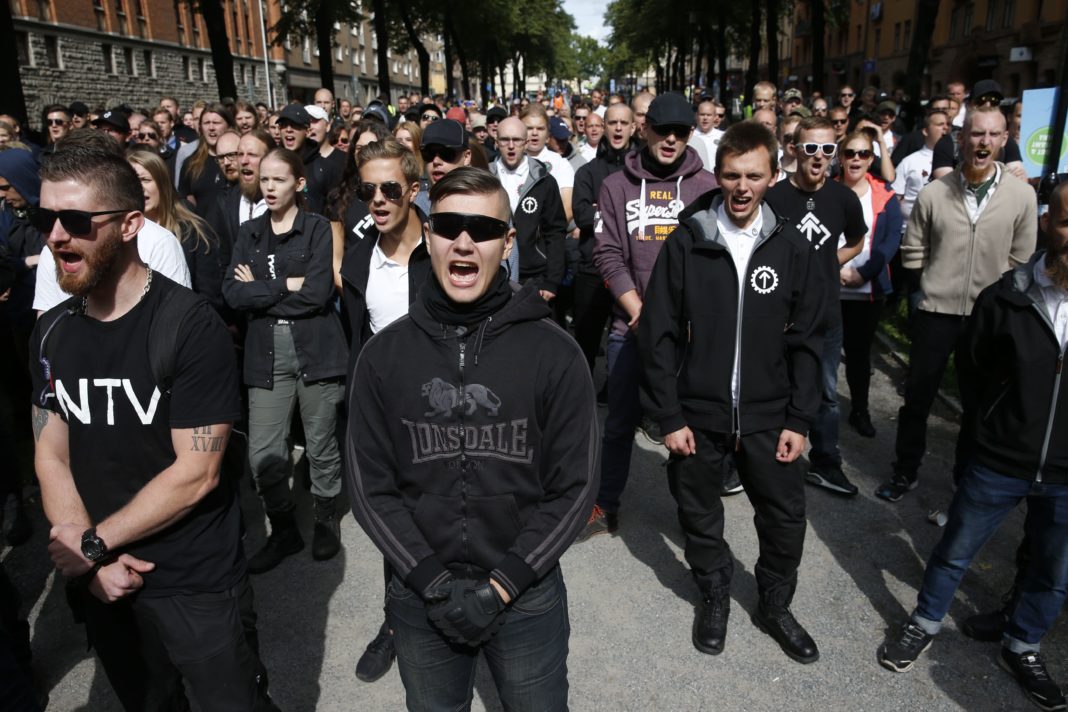 On heels of weekend neo-Nazi marches in Europe

The European Jewish Congress called Monday upon European leaders to speak out unequivocally and to take real action to prevent further escalation of violent anti-Semitic attacks.

Against the backdrop of neo-Nazi marches in Europe and the dangerous rise of attacks against Jews across Europe, EJC President Moshe Kantor declared: “It is unconscionable that thousands of neo-Nazis are again marching in Europe. It must not be seen as normal or acceptable for racism or anti-Semitism to be commonplace, and yet, that seems to be the case.”

Kantor continued, “Has the world again gone mad? European leaders cannot continue to be silent in the face of this blatant aggression against people simply because they are Jews.”

The EJC, which is a representative body of the European Jewry, commended the British Foreign Office for hosting this week’s London two-day conference on Anti-Semitism, which opened on Monday with the participation of parliamentary representatives from 40 European countries, while urging meaningful action.

“The London Conference is an important step in acknowledging the growing number and level of vitriol and violence against European Jews. But words without meaningful action are not enough. We hope and expect that European parliamentarians will make a real commitment to decisive and immediate action against anti-Semitism in all its guises.”

‘Where will it end?’

“We see the handwriting on the wall. It begins with threatening language, continues with calls for boycotts against Jewish-owned businesses and disintegrates into violent attacks on Jews and Jewish institutions.” Kantor said.

“Where will it end? European governments must denounce and prevent further escalation of anti-Semitic slurs and attacks on the streets of Europe, and perpetrators must be brought to justice. The Jewish community is witnessing a hatred and vitriol not seen in Europe since the Holocaust.”

In the last weeks, several western European countries, including France, Belgium and the UK, have witnessed an alarming number of anti-Semitic incidents.

The Community Security Trust (CST), a UK-based organization that monitors instances of anti-Semitism, has reported as many attacks in just the first weeks of 2009 as in the entire first six months of last year.

These incidents include extreme physical violence, vandalism and sinister threats made against Jewish organisations and individuals.

The EJC noted that the signs of the pervasiveness of anti-Semitism in Europe range from the grass-roots to elected government leaders and that neo-Nazis are marching openly in Europe in growing numbers, from Dresden, Germany to Budapest, Hungary.

Last Saturday, five people were injured when a group of neo-Nazis attacked two buses full of left-wing activists at a motorway rest stop after more than 10,000 people protested a massive extreme-right demonstration in Dresden, Germany.

The same day, about 2,000 sympathizers from across Europe of the Hungarian neo-Nazi NS Front group marched with their flags at the Heroes square of Budapest, Hungary. They called for the continent to protect itself from foreign influence. Several groups mark every year what they call “the Day of Honour”, when German and Hungarian troops tried to break out of the Hungarian capital, besieged by the Soviet army, in 1945.

“The European Jewish Congress calls upon European leaders to show moral clarity and leadership to all Europeans by ensuring that these actions and attacks are condemned in the strongest possible terms and that appropriate measures are urgently taken to prevent a further escalation of violence. “