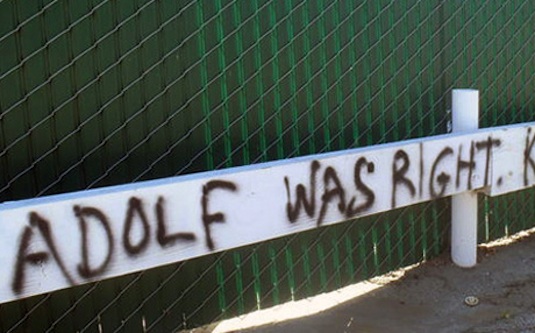 The leader of the European Jewish Congress said yesterday that the main blame for growing anti-Semitism across the continent was the economic crisis, not the Gaza war. Congress President Moshe Kantor said that what he believes to be anti-Semitism levels unseen since World War II had nothing to do with Middle East things.

“All these problems started before Gaza and continued afterwards,” he said in an interview with The Associated Press.

Some 1,300 Palestinians were killed during the three-week Israeli offensive in Gaza, according to Gaza health officials. Israel launched the attacks to halt years of rocket fire on southern Israeli communities.

“Economical things trigger humanitarian tragedies,” he said. “Jews were made scapegoats for economic difficulties Germany faced in the 1930s. And this is the lesson.”

A recent survey for the Anti-Defamation League conducted in Austria, France, Germany, Hungary, Poland, Spain and Britain found that 31 percent of respondents blame Jews in the financial industry at least a little for the global financial meltdown. “Europe is a continent of tolerance, but that tolerance is threatened,” Kantor said.

Attacks against Jews and synagogues have been reported in France, Britain and Sweden. Kantor also referred to a call by a union in Italy for the boycott of Jewish-owned shops in Rome. “There is a shortage of historical memory,” he said. “The situation in Europe is dangerous again, not only for Jews, for all Europeans.”