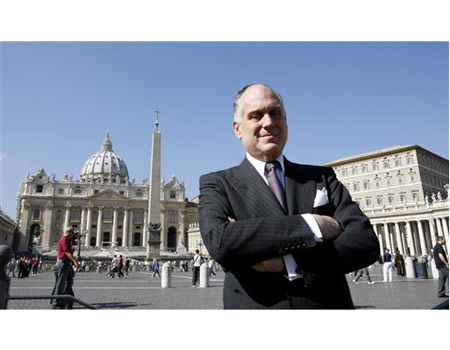 World Jewish Congress president lauds US’ decision to withdraw from anti-racism conference, which he says ignores ‘plight of victims of true racism.’ Head of European Jewish Congress calls on EU to boycott event as well.

“Every day it becomes clearer that the Durban Review Conference is not about combating racism, but about promoting anti-Israel and anti-Semitic propaganda within the framework of the United Nations. The Obama administration and Secretary of State Hillary Clinton deserve praise for sending a strong warning signal to the UN. Unfortunately, the efforts by the US administration to ameliorate this process have not succeeded,” Lauder said.

He added: “This conference should not be attended by the governments of democratic countries because it undermines the very purpose of the UN and does great damage to this important institution.”

Lauder also pointed out that countries with abysmal human rights records were in the forefront of activities leading up to the Durban Review Conference. “Surely no good can result from a conference where countries such as Libya, Iran, Pakistan and Syria are dictating the agenda. The plights of the victims of true racism and discrimination are being ignored,” Lauder stated.

Meanwhile, Dr. Moshe Kantor, President of the European Jewish Congress (EJC), the umbrella organization for Jewish communities in Europe, called today upon the EU to show strong leadership and to boycott the conference.

Calling the language and tone of the Durban II Draft Outcome Document “completely unacceptable for an official UN document,” Kantor stated, “Now is the time for EU countries and leaders such as French President Nicolas Sarkozy, British Prime Minister Gordon Brown, and German Chancellor Angela Merkel to take the lead on issues of human rights and racism in the UN and to make a strong and clear stand against the Durban Review Conference.”

Kantor continued, “Durban II, as it currently stands, is an affront to all those seeking to ensure human rights and the eradication of racism, xenophobia and anti-Semitism. We applaud the United States for refusing to participate in this kangaroo court against Israel.”

He added, “There can be no turning back now from the hate-filled language included in the draft outcome document because there will be no more instances of negotiation before the actual conference.”

These issues and others will be raised in meetings to be held Wednesday between EJC leaders and the EU Presidency. In the meeting scheduled to be held with Czech Deputy Prime Minister for European Affairs, Alexander Vondra, the EJC will encourage the Czech Presidency of the European Union to disengage from Durban II, taking into account concerns already voiced by Denmark, the UK and the Netherlands