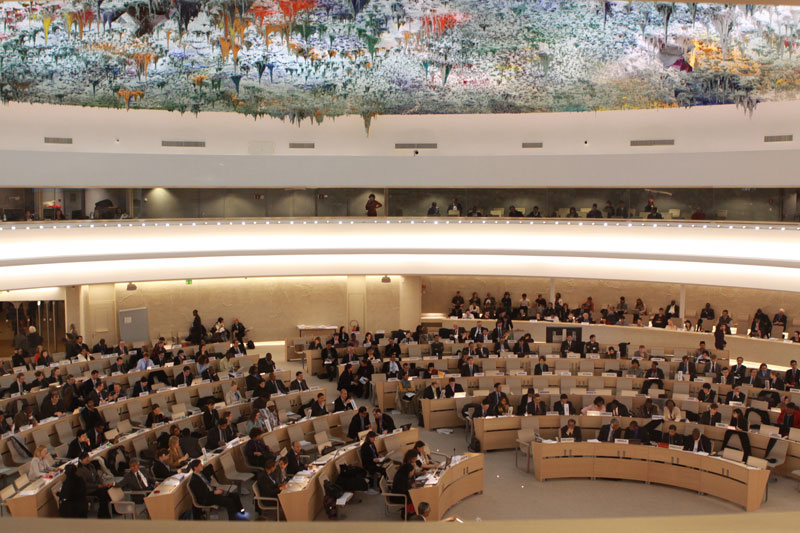 European Jewish Congress president denounces a “bait and switch tactic to gain Western legitimacy and support,” urging the European presidency and European leaders to “take a moral stand and immediately reject the conference.”

European Jewish Congress President Moshe Kantor has warned European nations “not to fall prey to false attempts to manipulate the European community into participating in a mockery of human rights,” in a reference to the upcoming “Durban II” United Nations conference on racism in Geneva.

The appeal was made on the eve of a summit meeting of the 27 European Union heads of state and government in Brussels under Czech presidency.

While commending recent statements by numerous European leaders who have raised serious concerns about the conference, the EJC has called upon the EU Presidency and European leaders to withdraw from the gathering “immediately, and without hesitation.”

Moshe Kantor said conference planners Iran, Libya, Cuba and their allies “are attempting to pull the wool over the world’s eyes.”

“We call upon the EU to categorically and unequivocally announce their withdrawal from Durban II without delay. By doing so, the EU would prove to the world that it is a moral beacon for human rights and that Europeans are unwilling to participate in this assault on freedom,” Kantor stated.

Kantor also raised the prospect that the chief conference planners, including Iran, Libya, and Cuba “might attempt to avert the growing pressure to boycott the conference by presenting a so-called moderated text “that would actually be a wolf in sheep’s clothing.”

The EJC president called this possibility a “bait and switch tactic to gain Western legitimacy and support,” urging the European presidency and European leaders to “take a moral stand and immediately reject the conference.”

“Rather than participating in a rigged and politicized process, Europe should exercise its leadership on human rights issues in the UN and work to ensure that the fundamental issues facing humanity be dealt with in a serious and responsible manner, instead of entrusting this issue in the hands of those who are using this important topic for political reasons.” Kantor stressed.

Official UN documents and declarations, especially ones that deal with racism, racial discrimination, xenophobia and related intolerance, should not arbitrarily choose between conflicts or target specific countries, including one UN-member state (Israel) or one regional conflict (Israeli-Palestinian), he added.

Kantor noted, “We all remember the catastrophe that was Durban I. Europe must heed the lessons of our past as we attempt to build a more tolerant future.

“European leaders have an obligation to assert their moral leadership in the eyes of the world by rejecting this cynical attempt to cloak anti-Semitism and racism in the guise of a conference ostensibly dedicated to its eradication.”