EU Commission Vice-President: ‘No Compromise At Any Price At Durban Ii’ 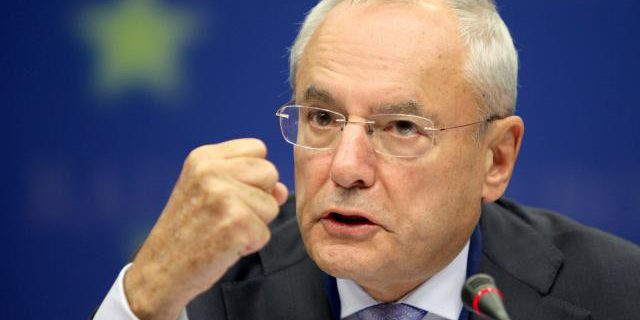 European Commission Vice-President Jacques Barrot said Monday the EU should be ready to react firmly if unacceptable texts are proposed at the upcoming UN conference on racism, known as ‘Durban II’, in Geneva.

“If necessary we will call on the EU member states to withdraw from the conference if we see violations of the core European values in Geneva,” he told a symposium on combating racism and anti-Semitism organized by the European Jewish Congress (EJC) in Brussels.

“It’s out of the question for Europe to accept a compromise at any price,” he said.

Stressing the rise of anti-Semitism in Europe, in particular since the beginning of this year in the wake of the Israeli operation in Gaza, Barrot, who is in charge of freedom, justice and security, pledged to make that a 2008 EU decision on racism and xenophobia be introduced in the law of each of the 27 EU member states.

The decision makes notably denial of crimes against humanity a crime.

He called a renewed statement made last week by French extreme-right leader Jean-Marie Le Pen that gas chambers were a “detail of the history of WWII”, an “absolute shame”, praising the reaction of all main political groups of the European parliament.

The one-day symposium at the European Parliament, titled “Building Together the Future of Europe”, saw also the participation of community and religious leaders, MEPs, experts and intellectuals.

In his opening speech, Moshe Kantor, president of the European Jewish Congress, deplored that while anti-Semitism “is alive, in good health and growing”, “Europe doesn’t react”.

These incidents have been amplified during the war in Gaza but the financial and economic crisis is also seeking for scapegoats”, Kantor said.

Education is one of the responses to fighting racism and anti-Semitism, he added proposing the establishment in Brussels of the first “University of tolerance and reconciliation.”

Among the speakers, Ruth Halimi, mother of Ilan Halimi, a young Parisian Jew brutally murdered in 2006 by a gang because he was a Jew, made a moving testimony. “I am happy to speak about my son because what happened to him is not a detail in history,” she said. “The murderers choose Ilan because he was a Jew, because they thought that all Jews are rich”.

Fighting anti-Semitism is above all an issue of education, she said. She published a book describing what happened to her son. “This book should be read in all schools”.

Ilan Halimi’s assassins, all alleged members of the “gang of barbarians”, will go on trial at the end of April.