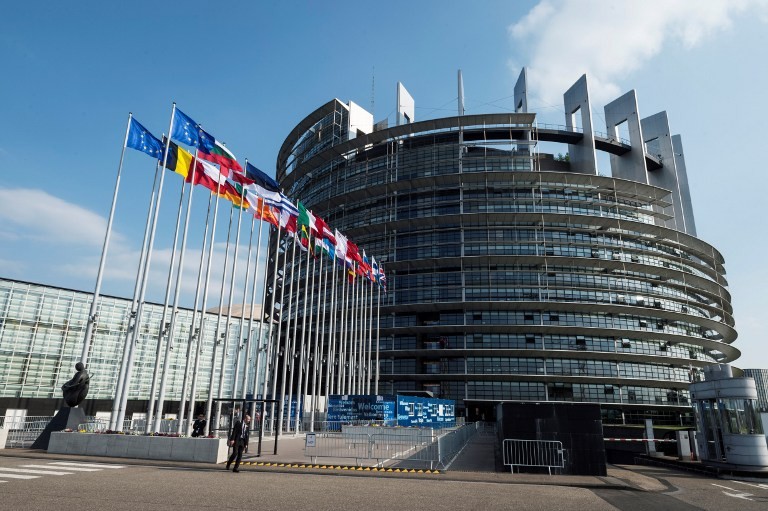 The European Parliament held a one-day symposium on Monday on fighting racism and anti-Semitism and fostering tolerance in Europe. Members of the Parliament, other senior politicians, diplomats, religious and communal leaders from around Europe took part in the event titled “Building Together the Future of Europe”.

The European Jewish Congress (EJC), under the patronage of the Czech Presidency of the EU and the European Parliament, with the participation of the European Commission, organized the symposium aimed at confronting and denouncing the current alarming rise in anti-semitism in the continent in the past few months.

Several MEP’s spoke of the need to combat anti-Semitism even in the European Parliament itself and not succumb to political pressure to ignore this form of hatred.

“Some EU parliamentarians hide behind ‘Muslim pressure’ instead of working towards eradicating anti-Semitism,” said MEP Paulo Casaca from the Party of European Socialists.

Other parliamentarians said that not recognizing the moral right of Israel to defend itself is tainted with anti-Semitism, as this is a basic right of every nation.

Jacques Barrot, Vice-Commissioner of the European Commission, in his speech to the symposium referred to the upcoming Durban II conference. “The EU should closely monitor the events at the Durban conference and react immediately if there is any diversion from the agreed upon line,” Barrot declared.

“If necessary we will call on the EU member states to withdraw from the conference if we see violations of core European values in Geneva,” he continued. “It’s out of the question for Europe to accept a compromise at any price.”

‘Durban II a challenge to coexistence’

Dr. Moshe Kantor, President of the European Jewish Congress, also referred to Durban II with a note of caution. “We strongly insist and recommend to all the European countries to consider Durban II as a challenge to the coexistence in Europe,” said Kantor.

“The European Union should be a leader with regard to Human Rights and should not leave the United Nation arena to nations, where human rights are violated daily and which abuse UN bodies for political reasons.”

Kantor also spoke of the European role in fostering tolerance and fighting racism.

The symposium also heard from victims of racism and communal and religious leaders who described what needs to be done to combat intolerance, racism, xenophobia and anti-Semitism. Ruth Halimi, mother of Ilan who was tortured and murdered in 2006, spoke emotionally about her son and the brutal attack. The trial of the suspects in the murder of Ilan Halimi begins next week.

“I am happy to speak about my son because what happened to him is not a detail in history,” Halimi said referring to Jean Marie Le Pen’s recent comments belittling the Holocaust. “The murderers chose Ilan because he was a Jew, because they thought that all Jews are rich”.