Jewish Leader: Walkout By EU Delegates At Durban Ii A Victory For Europe 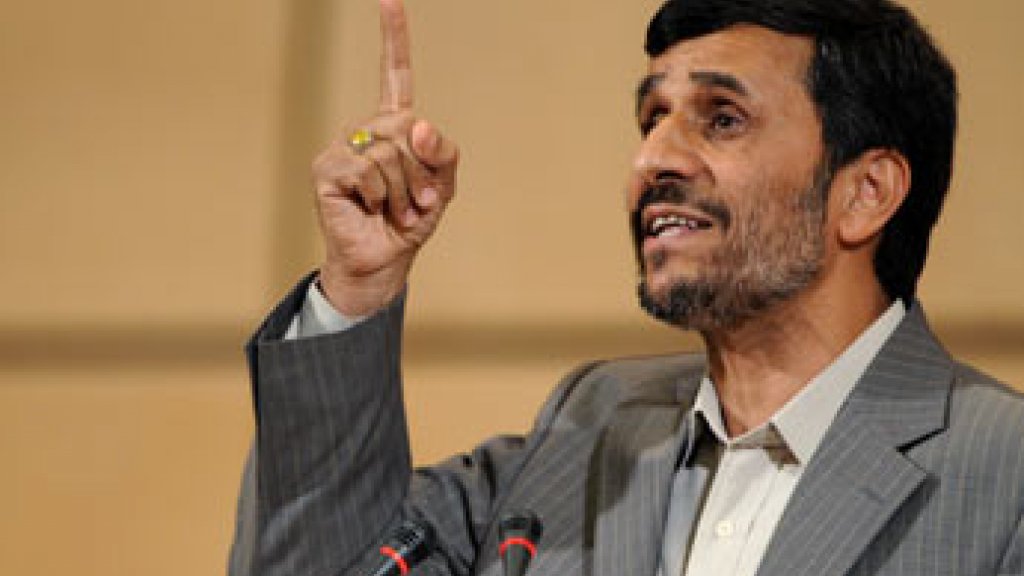 The walkout by European delegates from the Durban II conference on Monday is not a victory for Israel but for Europe, the president of the European Jewish Congress on Monday told Haaretz. Moshe Kantor added he hoped the delegates stay out.

“European nations demonstrated they will not sit silent again in the face or barbarism,” Kantor said on Monday, the eve of Holocaust Memorial Day, after all the delegates from the European Union stormed out of the Geneva United Nations conference. The walkout occurred after Iran?s president, Mahmoud Ahmadinejad, said Israel was a racist entity.

Kantor said the organizers of the Durban II conference were “working on persuading the delegates to return.” He added that despite the “strong message” which the walkout sends, “boycotting the event in the first place would’ve been preferable.”

Hours before Ahmadinijad’s speech Kantor told Haaretz he expected the walkout “as soon as Israel is singled out.” After speaking at Tel Aviv University about anti-Semitism, Kantor explained that the vice-commissioner of the European Commission, Jacques Barrot, had personally promised him delegates would walk out “if the conference crossed a red line.”

Durban II, taking place in Geneva, is a follow-up UN meeting on human rights. Israel and Jewish organizations fear it is will single Israel out based on the 2001 Durban conference in South Africa, which equated Zionism to racism and accused Israel of “ethnic cleansing.”

Major Jewish groups, Kantor says, have held hundreds of meetings on the matter. He said he could not offer an assessment of how much money was spent on preemptive preparations.

Though Durban II topped the agenda for Jewish groups, their efforts have failed to compare with state-funding by the meeting?s Muslim backers, according to Kantor. He named Iran, Pakistan and Libya as having poured ?dozens of millions of dollars? into the meeting.

Decisions by EU countries on Israel, including the decision to initially participate in Durban II, owe to “the demands of their own societies,” Kantor said. Those societies, he said, have between them “more neo-Nazis than Jews, and many more Muslims. This is Europe today.”

This is also visible in a shift which Kantor identifies in popular taste. “Schindler’s List from 1993 was one of the century?s most important movies. Compare that with the leading contenders for last year?s Oscars: Valkyrie, which falsely claims half of all Germans opposed Adolf Hitler, Slumdog Millionaire, which commiserates with Indian Muslims.”

Commenting on the meeting which Swiss President Hans-Rudolf Merz held on Sunday with Ahmadinejad, Kantor said: “This should surprise no one because Swiss companies are involved in mega-transactions with Iran despite its nuclear weapons drive. It’s only natural for Merz to meet with Ahmadinejad at this stage.”

Ahmadinejad’s visit to the conference in Geneva “is proof that he is running the show there,” Kantor said. “He came there like the boss, to see whether his instructions have been followed.”

In parallel, and as a possible backlash, he says, some senior politicians and ordinary Europeans “are increasingly seeing Israel’s importance as a democratic country in a deeply un-democratic part of the world,” and as force fighting global and state-terrorism. “This is a very new and fresh development which I have seen in recent talks with senior parliamentarians,” he concluded.