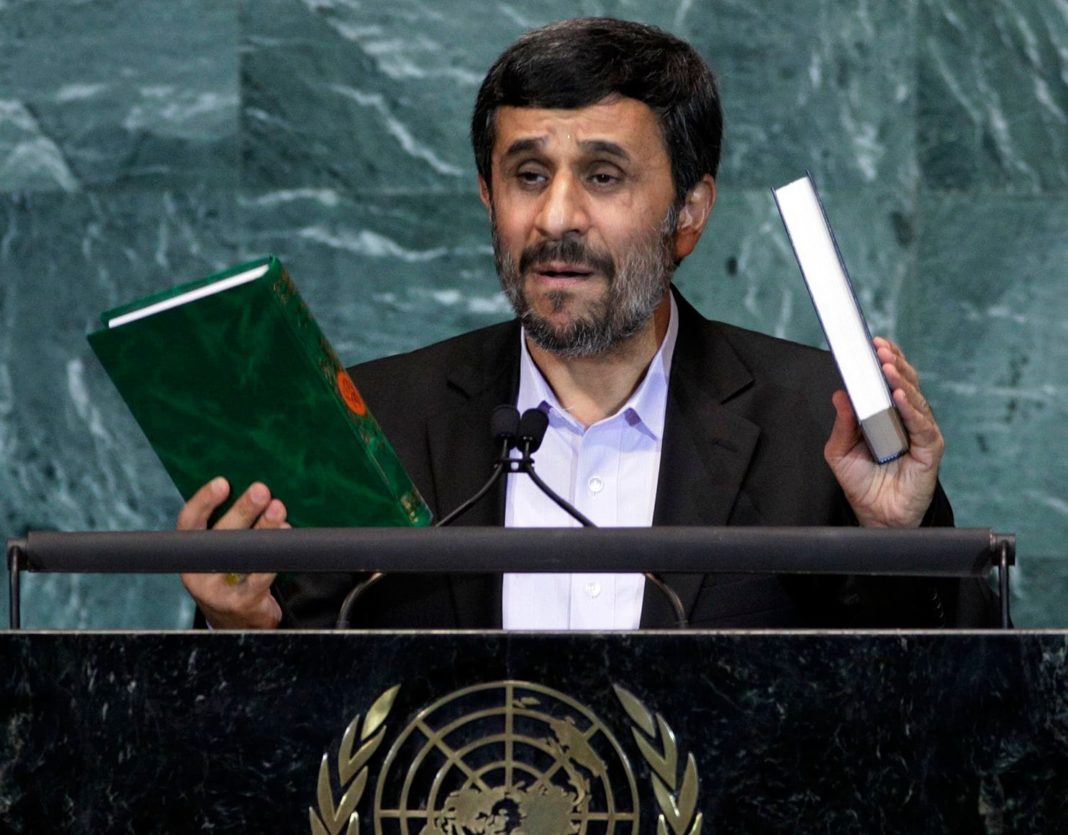 The Paris-based European Jewish Congress called Sunday on EU states to boycott a controversial UN conference on racism, where Iran’s president is expected to renew verbal attacks on Israel.

“As we prepare to commemorate Holocaust Memorial Day and the worst genocide in history, the European Jewish Congress urges European leaders to heed the lessons of the past and withdraw from Durban II, the UN-sponsored anti-racism conference,” read a statement issued by President Moshe Kantor.

European Union states were split Sunday on whether to follow the US lead in shunning the five-day Durban Review Conference, undermining the event before it begins on Monday in Geneva.

Iran President Mahmoud Ahmadinejad’s invitation to give a keynote speech has sparked uproar.

He has previously described the Holocaust, in which Nazi Germany killed six million European Jews, as a “myth” and he has called for Israel to be “wiped off the map.”

Kantor said in his statement that Ahmadinejad’s presence meant the United Nations had “put the fox in charge of the hen house.”

“We commend the United States, Australia, the Netherlands, Canada, Italy, Israel and hopefully others for ensuring that their countries’ reputations will not be tarnished with what promises to be a mockery of human rights and a platform for anti-Semitism and Israel-bashing.

“Although a number of important changes have been made to the final conference text, language ratifying the 2001 conference, would in a clever sleight of hand, endorse racist language and single out one nation — Israel — which is wholly unacceptable.”

The meeting is meant to take stock of progress in fighting racial discrimination, xenophobia and intolerance since the controversial World Conference Against Racism in Durban, South Africa, eight years ago.

Monday, as well as being the anniversary of Adolf Hitler’s birth, also marks the start of Holocaust commemoration events, including a ceremony in Geneva attended by leading Jewish figures including Nobel peace laureate Elie Wiesel.