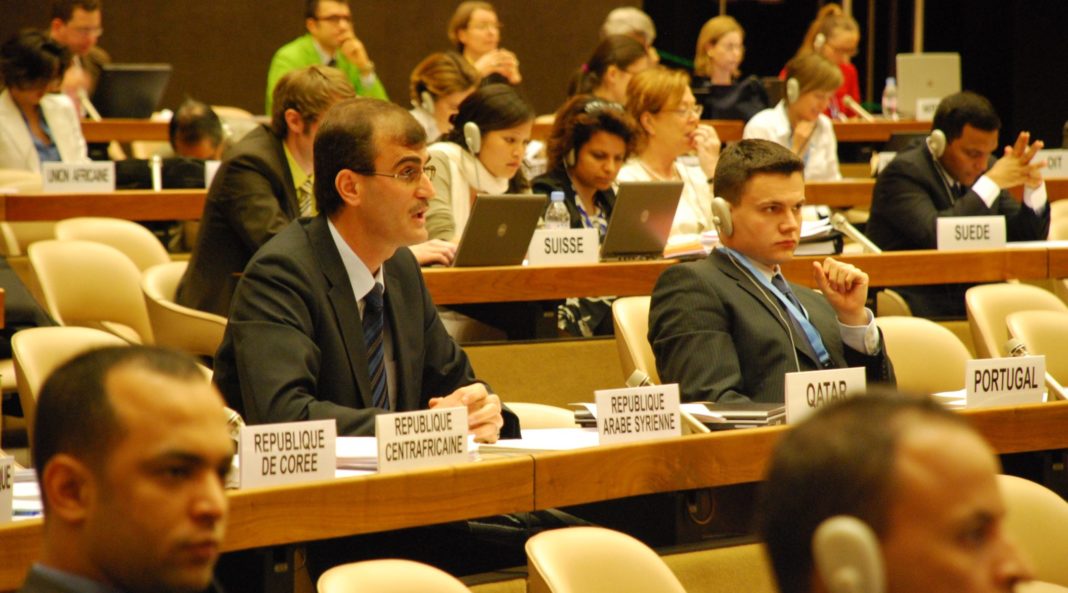 “As we prepare to commemorate Holocaust Memorial Day (April 21) and the worst genocide in history, the European Jewish Congress urges European leaders to heed the lessons of the past and withdraw from Durban II, the UN-sponsored anti-racism conference,” EJC President Moshe Kantor said in a statement.

European Union member states were split Sunday on whether to follow the US lead in shunning the five-day Durban Review Conference.

The Paris-based umbrella organization for Jewish communities in Europe commended the United States, Australia, the Netherlands, Canada, Italy, Israel and hopefully others “for ensuring that their countries’ reputations will not be tarnished with what promises to be a mockery of human rights and a platform for anti-Semitism and Israel-bashing.”

Kantor said in his statement that Ahmadinejad’s presence meant the United Nations had “put the fox in charge of the hen house.”

“Although a number of important changes have been made to the final conference text, language ratifying the 2001 conference, would in a clever sleight of hand, endorse racist language and single out one nation — Israel — which is wholly unacceptable.”

“Ironically, Durban II was designed to heal the wounds of the original 2001 conference, which lambasted Israel, and stained the reputation of the UN. That Libya, Iran, Pakistan and Cuba, countries ranked among the worst offenders of human rights, were installed at the helm of this new conference ostensibly devoted to combating racism is troubling and beyond hypocritical,” Kantor added.

“At this very moment, the eyes of the world are on Europe. We hope that our leaders have the conviction to stand up to racism and therefore withdraw from Durban II.”