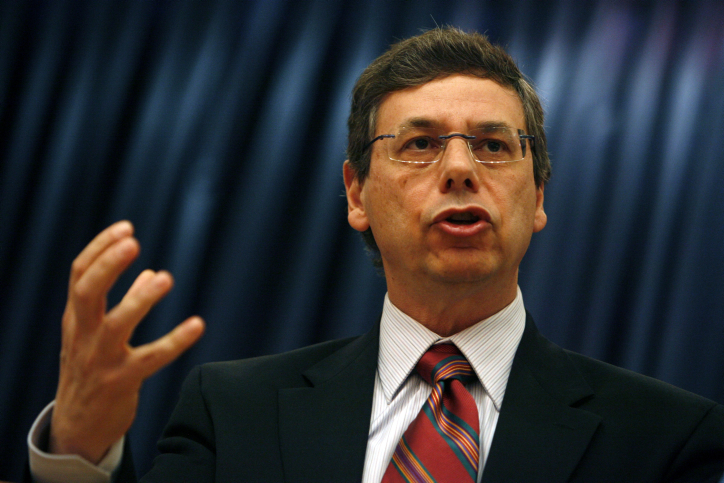 Israel’s deputy foreign minister said the Goldstone Commission report should be treated like the U.N. resolution equating Zionism with racism.

Danny Ayalon told leaders of the American Jewish Committee that, as with the 1975 resolution, “we must mobilize and act with all force against the report in order to remove it.”

“The Goldstone report is a dangerous attempt to harm the principle of self-defense by democratic states and provides legitimacy to terrorism,” he said.

Released Tuesday by the U.N. Human Rights Council, the document charges Israel with war crimes and crimes against humanity during last winter’s military offensive against Hamas in Gaza.

The report, written by a panel headed by South African Judge Richard Goldstone, who is Jewish, calls for Israel to establish independent investigations within three months. It also recommends that international bodies launch prosecutions if Israel does not do so within six months. Similar recommendations are made about Hamas.

Ayalon is also planning to meet with U.S. Ambassador to the United Nations Susan Rice and members of Congress on Wednesday to discuss the report.

“From its original mandate this commission has shown itself to be nothing more than an exercise in demonization of one nation, namely Israel,” said Moshe Kantor, president of the European Jewish Congress, in a news release. “We call on the European Union, particularly those nations represented on the U.N. Human Rights Council, to unequivocally reject the report just as they rejected the original resolution and mandate.”

The EJC commended the nations that did not support the council’s original resolution creating the commission.

“Good, decent and civilized nations must stand up to the bullying tactics of the initiators of the commission, like Cuba, Syria and Somalia,” Kantor said. “If Europe and like-minded nations do not reject the report when it arrives for discussion at the U.N. Human Rights Council, then it will hammer the final nail in the coffin in an organization whose lofty mission has never been met, and this can only be bad for those truly in need of a human-rights monitoring body.”