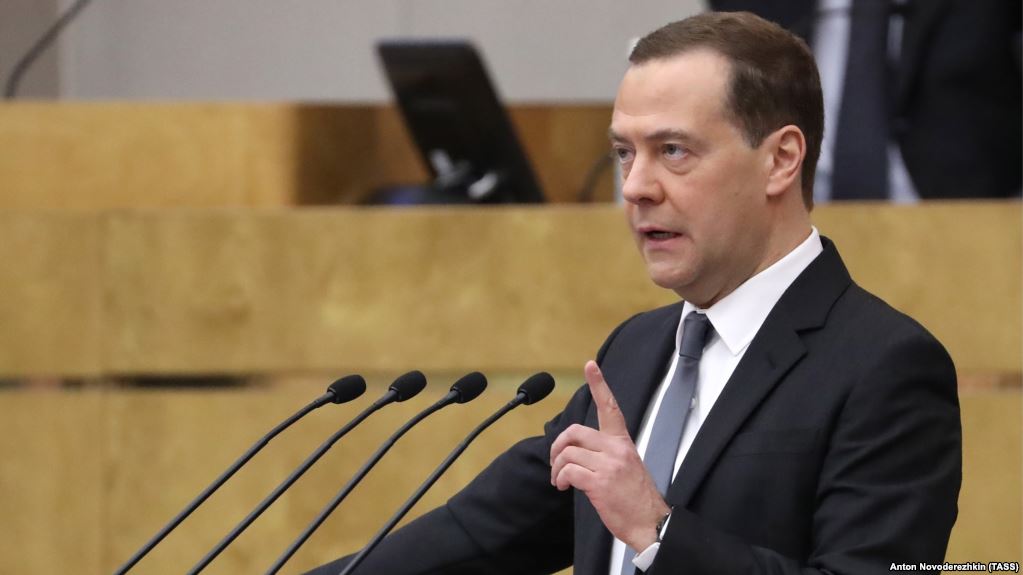 Russian President Dimitry Medvedev on Thursday told a visiting delegation from the European Jewish Congress that the Iranian threat is very real, as are the threats posed by North Korea and Pakistan, and should be treated seriously.

Medvedev and Russian Foreign Minister Sergey Lavrov also discussed the possibility of sanctions with the delegation.

Medvedev declared that Iran has to be more transparent and warned that Russia would take a tougher stance on Iran’s controversial nuclear program if Iran does not comply.

However, Medvedev added that dialogue must continue in order not to push the Iranians into a corner, and stressed that a military action would lead to catastrophe.

Meanwhile, the head of the United Nations nuclear watchdog said Thursday that his probe into allegations Iran tried to make nuclear arms has reached a dead end because Tehran is not cooperating.

International Atomic Energy Agency chief Mohamed ElBaradei was also critical of Iran for trying to change a plan endorsed by six world powers – the U.S., Russia, China, Britain, France and Germany – that would stymie Tehran’s ability to make nuclear weapons. The proposal calls for Iran to ship out most of its enriched uranium and have it returned as nuclear fuel.

ElBaradei was speaking at the start of the a meeting of the IAEA’s 35-nation board of governors, who will likely vote on a resolution demanding that Iran immediately mothball the uranium enrichment site it kept secret for years.

Diplomats forecast majority approval for the resolution in a vote Thursday or Friday, in what would be its first action against Iran in almost four years.

The move reflects dismay over Iran’s September disclosure of a second enrichment site it had been building clandestinely for two years, and frustration at Iran’s holdup of the IAEA-brokered plan to give it fuel for its nuclear medical program if it parts with enriched uranium that could be used in weapons.

The last IAEA board resolution passed against Iran was in February 2006, when governors referred Tehran’s case to the UN Security Council over its refusal to suspend enrichment and open up completely to IAEA inspections and investigations.

The new measure’s sponsors were the United States, Britain, France, Germany, Russia and China, the sextet locked in a long standoff with Iran over its shadowy enrichment activity, alleged nuclear bomb research and restrictions on IAEA inspections.

Russian and Chinese support was significant, and expected to secure rare developing nation votes against Iran, since the two have often blocked a tough united front against Iran in global security bodies and avoided direct criticism of Tehran.

Vienna diplomats said China was won over at the last minute by strong Western lobbying. It was not clear how.

The Washington Post reported on Wednesday U.S. officials had persuaded Beijing that big power unity to rein in Iran was now indispensable because Israel saw Iran’s nuclear drive as an “existential” threat that could lead to a Middle East war, stopping Iranian oil exports crucial to China’s booming economy.

But it was unclear whether Moscow and Beijing’s expression of disenchantment with Iran, an important trade partner for both, would translate into readiness for harsher UN sanctions Western powers will push for if the fuel deal falls through.