Learning For The Future 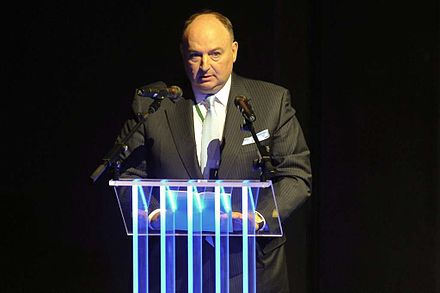 It is no coincidence that the current Iranian leadership denies the Holocaust and its atrocities.

In his seminal quote written at the beginning of the last century, philosopher George Santayana said in his treatise The Life of Reason that “those who cannot remember the past are condemned to repeat it.” Although many have heard this oft-repeated phrase, how many have truly pondered its significance or acted on its warning.

On January 27, on Holocaust Memorial Day, there will be many Holocaust commemorations all over the world. But while many will concentrate solely on remembrance and memorialization, we should also use this time to learn from the past for the good of our present and future.

As an international community, we need to acknowledge and study the indicators that could lead to rising intolerance, xenophobia and anti-Semitism. The past has shown that economic and ethnic crises, coupled with a lack of trust in democratic leadership, can lead to disastrous events epitomized by the Holocaust with the premeditated murder of 6 million Jews.

Today, many are seeing such indicators and we see intolerance and hatred on the rise in many corners of the world, including Europe.

Nonetheless, many of these threats pale in comparison to another fascist regime bent on sewing death and destruction, but this time with the acquisition of nuclear weapons. Once again, there is a need for courageous leaders who can make decisions to save us from doomsday scenarios. It is no coincidence that the current Iranian leadership, which is sending us down a path of disaster, denies the Holocaust and its atrocities.

This ploy is simple: They do not wish us to learn the lessons of the past. By denying and erasing the past, they wish to lull the international community into downplaying the very real threat. Although there are, of course, many differences between the Nazis of the 1930s and the fanatical Iranian regime, there are dangerous similarities. Unfortunately, we also see similarities in some of the international responses.

We see once again, as in the 1930s when Czechoslovakia was sold to appease the Nazis, that nations and leaders are trying desperately to placate the Iranian regime so the nuclear weapons will not be aimed at them. Just as World War II sucked every nation into its morass, a nuclear-armed Iran will have devastating reverberations around the world.

Not only will a radical and messianic regime have the means to bring about its wild apocalyptic dreams through nuclear aspirations, it will be able to supply any extremist or terrorist organization with dirty bombs that could be detonated in any city center anywhere in the world.

We already see the beginning of a Middle East arms race; if Iran acquires nuclear weapons then others in the region will be forced to do so and the need for nuclear weapons will spread like wildfire until the Nuclear Non-Proliferation Treaty will be rendered redundant and a new world order will arise.

Thus, the Iranian issue is not the purely the purview of Israel and a few other nations; it is something that every leader and government should take very seriously. In circumstances like this, we should unite, not on a national interest, but on a global interest.

It is also no coincidence that the most threatening nations today also terrorize their own populations. We must act strong and live up to our commitments as civilized nations and lose our tolerance for the intolerant. Again a lesson we learned from the Nazis, that a fascist or totalitarian leadership which terrorizes its own nation, rarely ends its abuses at its own border.

Next week, many international leaders and personalities will be faced with the most chilling and infamous example of human barbarity at the third international forum “Let My People Live” in Poland. It is at Auschwitz we see not only the outcome of absolute evil, but also the result of inaction and appeasement. Surely, it is only through learning history that we must realize that appeasement is a proven failed policy.

However, by commemorating the liberation of Auschwitz, we are also celebrating the eventual victory of good over evil and action over inaction. This is what we are hoping the leaders who attend the Let My People Live forum will learn.

The commemoration of the liberation of Auschwitz reminds us of those courageous leaders and individuals who decided to act. Thanks to their actions, we are here today and able to commemorate the past and provide a moral and outspoken voice to the future.