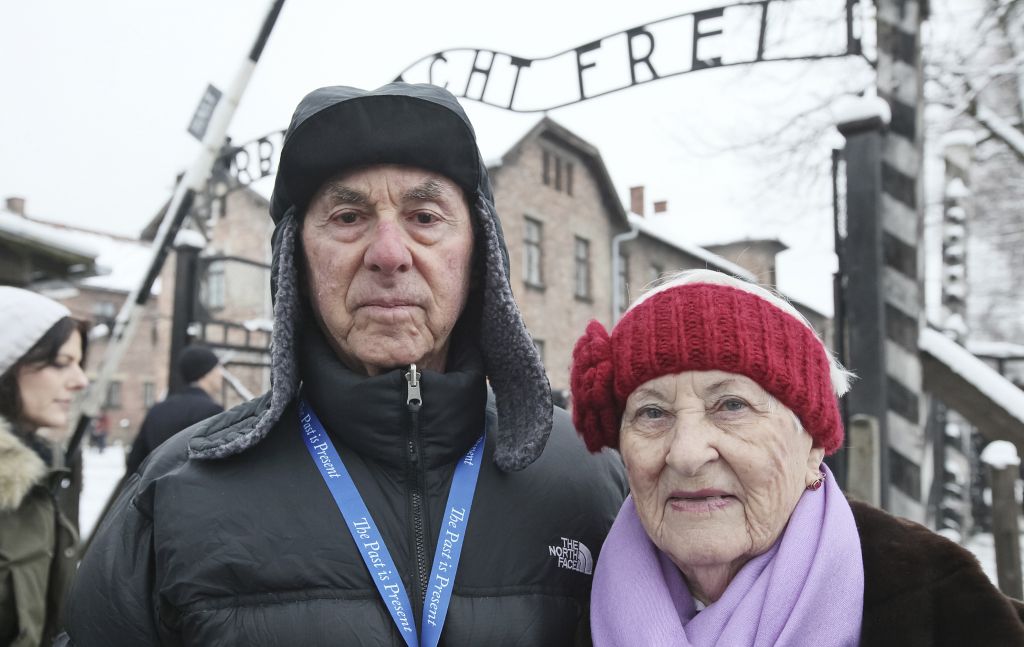 For decades, Alberto Israel avoided talking about his experience at the Auschwitz concentration camps. “There were plenty of others to do the talking,” he says.

Now, the 82-year-old Mr. Israel is one of the few Holocaust survivors healthy enough to attend ceremonies commemorating the liberation of the camps. He has been four times in the past four years. “I don’t even like going,” he says. “It reminds me of when I was 17, and that’s painful.”

Amid the rhetoric at this week’s commemoration of the liberation of the Nazi concentration camps, Jewish groups focused on a more crucial question: how to keep the memory of the Holocaust alive after the last survivors die. It is a real problem that needs addressing, say Jewish leaders.

“There’ll be just a few more short years before the living memories become memories,” said Ronald Lauder, president of the World Jewish Congress. Their solution, the leaders say, is to step up the number of Holocaust-related events and make sure that Mr. Israel and other survivors attend, as well as casting the crime in the light of modern geopolitics, so that ordinary people can relate. There was plenty of the latter at ceremonies Wednesday in Krakow and Berlin and at the Auschwitz concentration camps.

Speaking to the German parliament, Israel President Shimon Peres called the Iranian government “a fanatic regime” and said its nuclear program “represents a threat to the entire world.”

Israel Prime Minister Benjamin Netanyahu attended a ceremony at the Auschwitz-Birkenau camps in southern Poland, where 1.3 million people, mostly Jews, were murdered between 1940 and 1945. He warned that “there are yet again threats to exterminate the Jewish people.” But more important than rhetoric, say Jewish groups, is increasing the number of events commemorating the Holocaust.

“It needs to be more than historical theory,” said Ari Zuckerman of the Paris-based European Jewish Congress. In 2005, Jewish groups created the World Holocaust Forum, dedicated to preserving the memory of the crime.

As well as this week’s events, the forum has organized ceremonies marking the 60th anniversary of the camps’ liberation and the 70th anniversary of Kristallnacht, an infamous Nazi night of violence against Jews. Since its founding, “we have lost many, many survivors and liberators,” said Moshe Kantor, president of the European Jewish Congress.

The increase in the number of events means that people like Mr. Israel have become even more treasured and will have to travel more. The 82-year-old from the Greek island of Rhodes was the only Holocaust survivor on a plane of Jewish activists and European politicians that flew to Krakow from Brussels on Tuesday.

Mr. Israel was deported from Rhodes to mainland Greece in 1943 and held there before being shipping to Auschwitz in 1944. His parents and two brothers died there. “I’ve felt guilty ever since,” he said. After the war, he worked as a shopkeeper and trader in the Belgian Congo and Belgium. He married and raised a family.

He kept quiet about the Holocaust, he said, until a few years ago when he met Stipan Bosnjak, a Serb of Roma origin whom he met in Brussels and the two became friends. The Nazis killed several hundred thousand Roma, according to historians. “I was moved to help him come to terms with his memory,” said Mr. Bosnjak, now a psychiatric nurse in Belgium. Two years ago, Mr. Bosnjak helped Mr. Israel write a book. Nobel Peace Prize winner and Holocaust survivor Elie Weisel wrote an endorsement on the jacket. On the flight from Brussels, Mr. Israel’s daughter gave out copies.

In Poland on Wednesday, Mr. Israel thanked former Soviet soldiers who liberated the camps in January 1945. Ivan Martinushkin said it wasn’t always easy to relate the story of what he saw in 1945 to younger generations where he lives in Moscow. “They get tired of you telling, telling, telling, but if you do it gently, they get the message,” he said.

Mr. Israel also showed visitors around the camp. “There were 100 of us in a train like that,” he said, pointing to a red wagon. “It was hot in August. Can you imagine?”