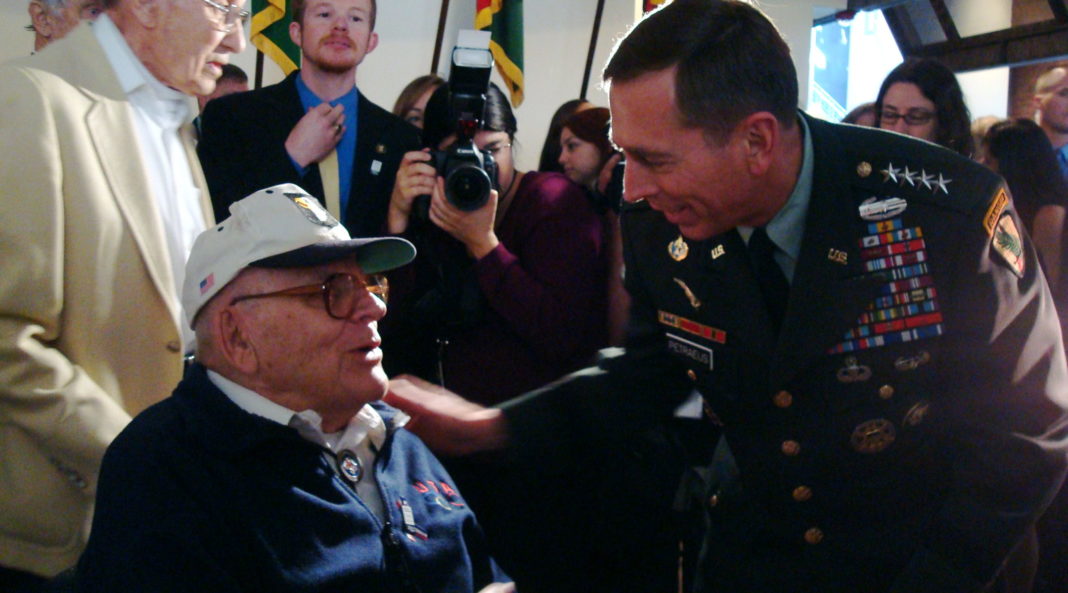 Ahead of a commemoration Wednesday afternoon at the site of the World War II camp in German-occupied Poland, 700 participants assemble in the southern city of Krakow for a morning memorial event organized by the European Jewish Congress.

“The Holocaust is the tragedy which unites Europe,” European Jewish Congress leader Moshe Kantor said on the eve of the Krakow ceremony, which US President Barack Obama was due to address by video.

Auschwitz, liberated by the Soviet Red Army on January 27, 1945, is an enduring symbol of Nazi German genocide. In 2005 the United Nations declared the date International Holocaust Remembrance Day.

A total of 1.1 million people perished at the camp – one million of them Jews from across occupied Europe – mostly killed in gas chambers but also by shootings, hangings, starvation, disease, slave labour and medical “experiments.”

In the Polish capital Warsaw Tuesday, Netanyahu honored the victims and those who risked their lives to save Jews from the Nazis.

“This is not an easy encounter but it gives us hope and direction for our future. May God avenge the victims,” said the Israeli leader alongside his wife Sara, whose father was the only member of his family to survive the Holocaust in which some six million Jews were murdered.

Netanyahu was to deliver a speech Wednesday at the Auschwitz ceremony, after survivors and Poland’s President Lech Kaczynski.

Tel Aviv’s Polish-born Chief Rabbi Israel Meir Lau, a Holocaust orphan who survived as a child in Nazi camps, was to recite the Kaddish, or prayer of mourning.

Poland invited Russian President Dmitry Medvedev to attend, but he declined citing “other obligations”, according to Warsaw.

The Nazis initially set up the camp to hold Polish political prisoners in 1940, a year after invading Poland. They chose a former barracks in the southern town of Oswiecim, Germanised as Auschwitz.

It became a site primarily for murdering Jews from 1942 as the Nazis expanded it at Birkenau, three kilometers (two miles) away.

In addition to Jews, and 70-75,000 non-Jewish Poles, they killed 21,000 Roma there, 15,000 Soviet POWs and 10-15,000 others, including resistance members arrested across Europe, according to the Auschwitz-Birkenau Memorial and Museum.

There were only around 7,000 survivors in the camp at the liberation. The Nazis had evacuated some 60,000 others only days earlier in the notorious “Death March” as they fled the Soviet advance.

With their numbers dwindling year by year, about one hundred survivors were set to attend Wednesday’s ceremony in sub-zero temperatures similar to the weather 65 years ago.

Only a handful of the liberators are still alive. Two, Ivan Martynushkin, 86, and Yakov Vinnochenko, 83, were scheduled to attend.

In Krakow, Martynushkin told Agence France-Presse he was marked by that fateful day.

“We started meeting huddles of people. They came towards us, in prison stripes. Some had covers over their heads. We could only see their eyes. And in those eyes, we could see what they were feeling,” he said.

“But we didn’t know what it was. We only understood after the war,” he added.

“The majority of my family was murdered,” he said.

“My father was in the Red Army. I always remember his feelings, his attitude being a soldier of the Red Army whose family disappeared in the Shoah. Those feelings created mine,” he said.