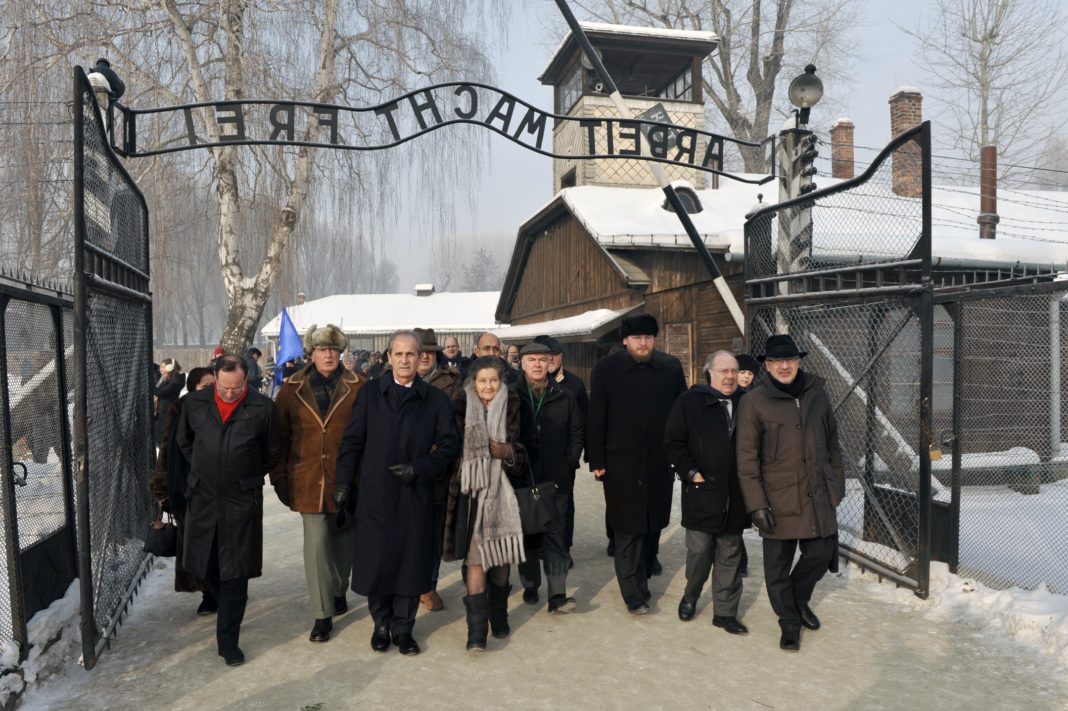 World leaders are marking International Holocaust Remembrance Day with declarations of support for the Jewish people and with warnings against intolerance.

French President Nicolas Sarkozy said that the memory of the atrocities committed at Auschwitz obligates humanity to fight for peace. On the same token, the pope asked the world to be vigilant about preventing another holocaust.

In commemoration of the 65th anniversary of the liberation of the Auschwitz death camp, Sarkozy sent a letter to European Jewish Congress President Moshe Kantor. The French president wrote that his country will continue taking action to remember the Holocaust and to commemorate the victims.

“This memory is a human obligation,” wrote Sarkozy. “It is a requirement, a sacred mission to restore the human dignity and the unique characteristics of the children, women, and men who encountered the unspeakable, the inconceivable.”

“Auschwitz is the symbol of absolute evil inscribed in a red flame upon humanity’s consciousness,” Sarkozy added. He continued on to say that the memory of Auschwitz obligates Europe and the rest of the world to promote peace and stability among nations.

Pope Benedict XVI has marked Holocaust Remembrance Day by denouncing the “horror” of the Shoah and the “unheard of brutality” of death camps created by Nazi Germany.

The German-born pope issued an appeal Wednesday “that such tragedies never repeat themselves.”

Benedict called the death camps “abhorrent and inhumane places” and turned his thoughts to the “countless victims of a blind racial and religious hatred.”

He told his weekly audience the memory of those events, and especially “the tragedy of the Shoah that has struck the Jewish people,” should induce respect for all mankind.

Israeli leaders traveled to Europe to take part in events marking International Holocaust Remembrance Day. President Shimon Peres spoke before the German Bundestag and addressed the events of the past, as well as current threats such as the Iranian regime.

An official ceremony will be held at the Auschwitz death camp during which Prime Minister Benjamin Netanyahu and Polish President Lech Kaczynksi will speak. Members of the Israeli delegation that traveled to Poland for the event, including MK Mohammad Barakeh, will attend the ceremony. A candle procession will be held by survivors and some of the camp’s liberators.