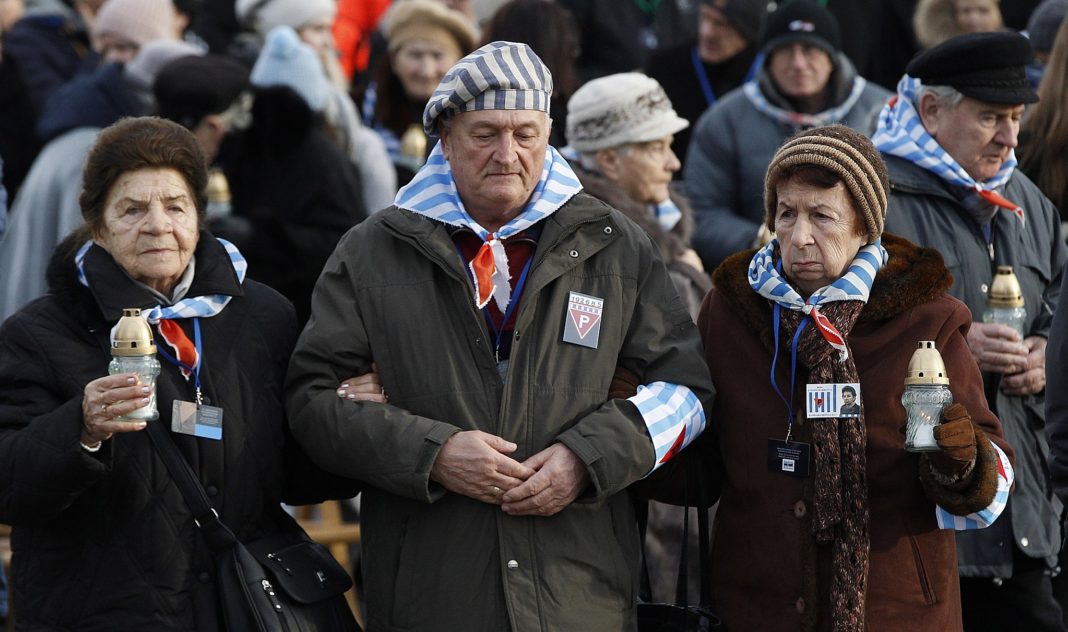 Anti-Semitic incidents in Poland from this week alone show the need for vigorous efforts to commemorate the Holocaust, the president of the European Jewish Congress told reporters this week, ahead of International Holocaust Day.

“This week we saw the language of Adolf Hitler and Adolf Eichmann in Poland,” Moshe Kantor said. He was referring to statements attributed to the Krakow-based Bishop Tadeusz Pieronek, who was quoted as telling an Italian Catholic news web site that the Shoa, or holocaust, was a “Jewish invention.”

Kantor, who spoke about this issue at a press conference in Krakow, was also referring to the spraying of anti-Semitic graffiti on the community building of the Jewish community in the city of Wroclaw in western Poland this week.

“Keep in mind these things were said in the center of a murdered [Jewish] civilization of one million people,” Kantor said of Pieronek’s statements. “This man is a bloody anti-Semite.”

The Polish daily Rzeczpospolita on Tuesday ran an interview with Pieronek, in which he explained that he told the Italian reporter who interviewed him that the Jews had invented the word Shoa, and not the extermination of six million Jews, which he said “no reasonable person would deny.” He also said it was the Jewish People’s right to use the Holocaust to their advantage.

“This is a disgraceful act of intolerance and anti-Semitism and the Polish authorities need to move quickly and decisively to catch and punish the perpetrators,” said Michael Freund, the founder of the non-profit Shavei Israel.

The offensive graffiti was sprayed on the building which serves as the headquarters to the Poland emissary of the nonprofit group that seeks to return “hidden Jews” to Judaism’s fold.

“The best response to those who seek to intimidate Jews is to fortify and strengthen Jewish life and that is precisely what we will do,” Freund added.

The Wroclaw community center serves between 500 to 1,000 Jews, according to the organization’s emissary to Poland, Rabbi Yitzchak Rapoport. He said the last time such graffiti was scribbled on the community building’s walls was during Operation Cast Lead last January.

Rapoport said the graffiti may have been connected to increased media coverage of Jewish issues in the Polish press ahead of a ceremony at the Auschwitz Nazi death camp on Wednesday, commemorating 65th years since the camp’s liberation, but that he wasn’t sure of this.

The event was attended by Prime Minister Benjamin Netanyahu and other prominent Israeli politicians, as well as European Parliament members.

Kantor said he would speak with some of the people attending about opening an academic institution on tolerance and security, two concepts which Kantor described as inter-dependent.