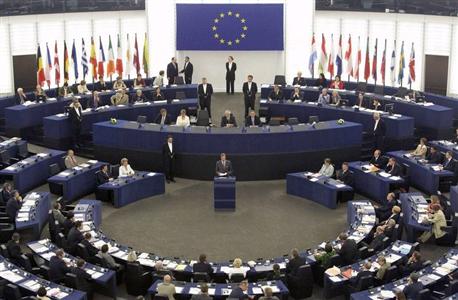 The EU assembly to vote next week on a resolution

Moshe Kantor, President of the European Jewish Congress: “It is vital that all of the European parliamentarians understand not just the facts, but the implications of a one-sided resolution.”

On the eve of a discussion on the Goldstone Report in the European Parliament in Brussels, European Jewish Congress President Moshe Kantor warned that a negative resolution “could affect Israeli-European relations.”

The political groups in the European Parliament are set to meet Wednesday in Brussels to discuss and debate their views on the Goldstone Report which accuses Israel of war crimes in the Gaza war against Hamas in January 2009.

On March 10, the EU assembly will vote on a resolution during its monthly session in Strasbourg.

“It is vital that all of the European parliamentarians understand not just the facts, but the implications of a one-sided resolution,” Kantor added, adding that “a negative resolution could affect Israeli-European relations, especially at a time when there are so many regional issues of great importance that require Israel and Europe working closely together, most notably Iran.”

The Paris-based European Jewish Congress said it has been working intensely to shape the language of the EU parliament resolution, by meeting with presidents of the political groups and key parliamentarians.

Moshe Kantor has met with Israeli Foreign Minister Avigdor Lieberman in Jerusalem to discuss the Goldstone Report issue and the “systematic and orchestrated attempt to delegitimize Israel, especially in Europe.”

The EJC president offered Lieberman the assistance and cooperation of his organization and its many institutions “to fight this public relations battle.”

“We are witnessing a strong and organized anti-Israeli campaign, aimed at delegitimizing Israel in Europe. This campaign is initiated by Muslim and pro-Palestinian organizations and indirectly nations, who seek to use public opinion and political tools,” Kantor told the minister.

“Academic, commercial and union boycotts of Israel on the one hand and the issuing of arrest warrants against Israeli officials are all part of the same campaign.

He mentioned in particular the “Israel Apartheid Week”, which opened Monday in at universities and colleges around the world, as “just another manifestation of this nefarious operation.”

“We are trying to fight each eruption individually not understanding that there is an organized force active behind them all, which we must confront immediately,” Kantor said.

During his visit to the European Parliament in Brussels last week, Avigdor Lieberman met with Italian Christian Democrat MEP Gabriele Albertini, who chairs the important foreign affairs committee, and with a group of more than 30 members of the European Friends of Israel (EFI).