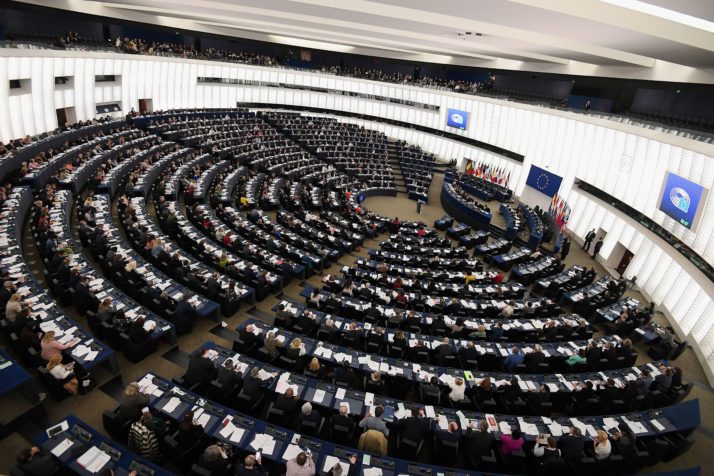 Despite intense lobbying efforts from Jewish groups and attempts by the Christian-Democrats to prevent a vote, the European Parliament adopted Wednesday in Strasbourg a joint resolution urging “both sides” to follow up the Goldstone Report’s conclusions by conducting “investigations within five months”.

The resolution, tabled by the four political groups – the Socialists, Liberals, Greens and the European Left- was approved with 335 votes in favour, 287 against and 43 abstentions.

The Goldstone Report on the Gaza conflict in January 2009 was first presented in September 2009 by the head of the UN Fact Finding Mission, South African judge Richard Goldstone, to the Human Rights Council in Geneva. It was later adopted by the United Nations General Assembly.

The document accuses Israel of having perpetrated war crimes during its military operation against Hamas in January 2009 in response to near-daily rocket and mortar attacks from the Hamas-ruled Gaza Strip at Israeli southern towns.

It also blamed the Islamic group which is in the EU’s list of terrorist organizations.

In the resolution, the European Parliament urged “both sides” to follow up the Goldstone report’s conclusions by conducting “investigations within five months that meet the standards of independence, impartiality, transparency, promptness and effectiveness.”

The same request was expressed in a UN General Assembly resolution on February 26.

“Respect for international humanitarian law and international human rights law by all parties under all circumstances and trust-building between Israelis and Palestinians are essential components of a peace process leading to two states living side by side in peace and security,” says the resolution, which stresses “once again the importance of achieving a just and lasting peace in the Middle East, and between Israelis and Palestinians in particular”.

Israeli officials have stated that the Goldstone report “lacks credibility and reliability” due to its “serious methodological errors.”

In the resolution, MEPs invited EU’s foreign affairs chief, Catherine Ashton, who is due to visit the Mideast later this month, and the EU’s member states to “demand the implementation of (the Goldstone report’s) recommendations and accountability for all violations of international law, including alleged war crimes.”

MEPs also called on the Israelis and Palestinians “to refrain from any measures restricting the activities of non-governmental organizations that were involved in the preparation of the Goldstone report.

They welcomed a call by the EU Council for “an immediate, sustained and unconditional opening of crossings” along the Gaza-Israel frontier as the blockade has further worsened the humanitarian crisis in the Gaza Strip.

In a first reaction to the vote, Israel said Wednesday the resolution is “regrettably flawed and counterproductive, as is the Report itself.”

“While the major international players are striving to find ways to support the peace process, and as “proximity talks” are about to start between Israel and the Palestinians, the European Parliament chooses to concentrate on a highly controversial issue, one that has already been deliberated in other fora.”

Israel said this resolution “ is neither conducive to peace, nor does it enhance the stance of the Euroepan parliament in its wish to contribute to peace efforts.”

EJC President Moshe Kantor declared: “We made it abundantly clear to those MEP’s which we contacted that this resolution was against the overall objectives of Europe’s role in the Middle East.

“The first line of the resolution emphasized the importance of achieving a just and lasting peace in the Middle East, but the resolution will have achieved the exact opposite.”

“Furthermore, blaming the conflict and placing the onus for it on Israel, as the report does, will firstly push the Palestinians further away from the negotiating table and make them more recalcitrant, believing they can use international bodies to fight Israel’s case rather than reaching a negotiated solution,” Kantor added.

On the eve of the voting however, the joint motion for resolution from the four parties was removed from the plenary session’s agenda after the European People’s Party (EPP), the main center-right political group, blocked it.

Instead of voting on one joint resolution, the parliamentarians were planning to vote on six different proposed resolutions and stick with the one that gets the most votes.

But on Wednesday, the motion for a resolution tabled by the EPP which instead of demanding the Goldstone Report’s implementation called for both parties to investigate accusations of war crimes, was rejected in the plenary session, prompting the Socialists, Liberals, Greens and Left groups to table again a joint resolution that was finally approved.

“We are not happy but we noticed that 45 percent of MEPs voted against the resolution,” one source told EJP, deploring the fact that Liberal MEP’s, who were divided on this issue, “made the difference”.

Another source noted that both the process which led to the adoption of the resolution as well as the number of no votes and abstentions, demonstrate the deep divergences within the EP regarding this issue.