Anti-Semitism In The World: 2009 Was Worst In Two Decades, New Survey Shows 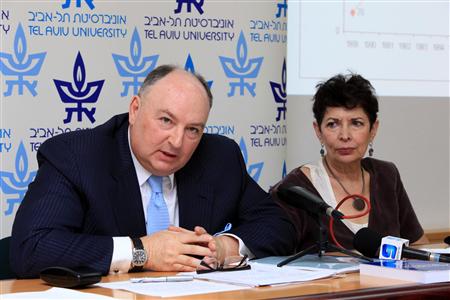 According to a new survey, 2009 was the worst since monitoring of anti-Semitic manifestatons began two decades ago, in terms of both major anti-Semitic violence and the hostile atmosphere.

On the eve of Yom HaShoah, Holocaust Remembrance Day, experts in the field of anti-Semitism presented data demonstrating an increase of over 100% in anti-Semitic attacks and events, with a special emphasis on what they called “the orchestrated and concerted attempt to delegitimize the Jewish People and Israel “ in Europe.

The European Jewish Congress (EJC) and The Stephen Roth Institute for the Study of Contemporary Antisemitism and Racism at Tel Aviv University on Sunday jointly released the survey findings regarding the state of anti-Semitism worldwide.

“These were generated worldwide by the mass demonstrations and verbal and visual expressions against Israel and the Jews. The worst offenders appeared in Western Europe, particularly in the UK and France, followed by Canada,” they stated.

The survey also found a disproportionate and pre-planned onslaught of radical activists from the left, the right and from among Muslim immigrant communities against Jews and against Israel as a Jewish state, using anti-Semitism and the Holocaust as political tools.

“When it comes to the Jews or the Jewish State both extremes are almost mirror images in their expressions of hate and their goals to eliminate the Jewish presence and influence,” said Moshe Kantor, President of the European Jewish Congress, an umbrella organization for Jewish communities in Europe, at the survey’s presentation.

He added: “Even more astonishingly, some of these organizations, who oppose each other on all other issues, are actually coordinating on the one issue that they can unite on – hatred of Jews and Israel.”

Although the extreme-right remains a significant force in perpetrating anti-Smitic attacks, during 2009 most violent cases, especially in Western Europe, where identification was compiled, were determined to have been carried out by individuals of Arab or Muslim background, the study showed.

Kantor enunciated ways to combat the attacks by groups or organizations that are succeeding in politically mainstreaming their message. “This is leading to Jews feeling increasingly unsure of their place in certain cities in Europe, like Malmo, where Jews are increasingly leaving in large numbers,” he said.

He callerd on European leaders t”o show greater leadership,” and said education needs to be a priority. “And law enforcement agencies need to protect the subjects of aggression rather than defending the rights of the aggressors”, he added.