Report: Anti-Semitic Attacks Up In 2009, Especially In W. Europe 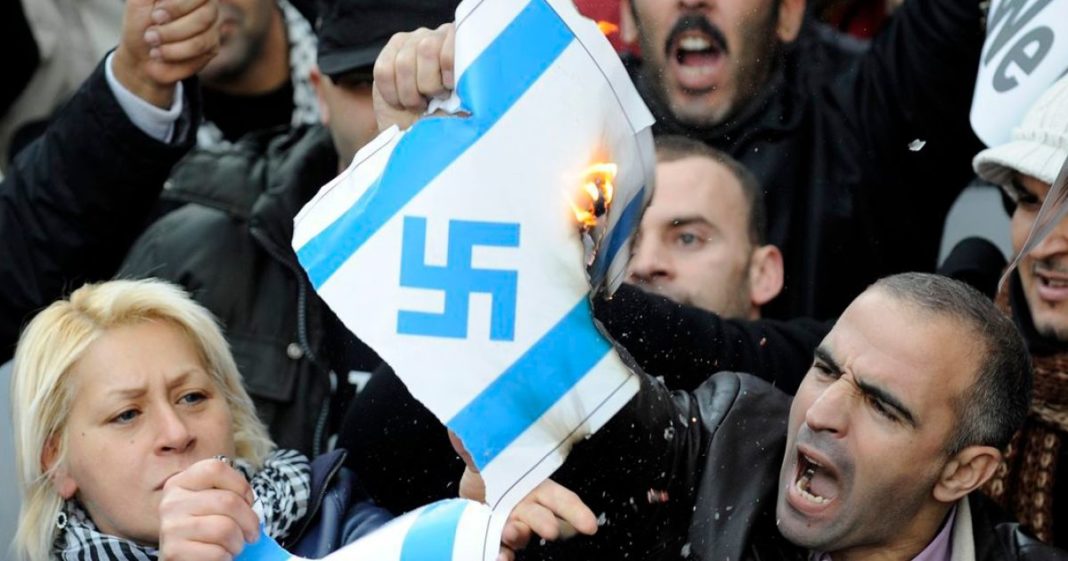 The worldwide increase in anti-Semitic attacks following Israel’s 2009 incursion into Gaza was most evident in the U.K. and France, according to Tel Aviv University’s watchdog on anti-Semitism.

Across the world, anti-Semitic attacks more than doubled, a study by the university’s Stephen Roth Institute for the Study of Contemporary anti-Semitism and Racism revealed.

“The year … was the worst since monitoring of anti-Semitic manifestations began two decades ago, in terms of both major anti-Semitic violence and the hostile atmosphere generated worldwide by the mass demonstrations and verbal and visual expressions against Israel and the Jews,” said the study.

Four percent of incidents – or 41 instances – were armed assaults against Jews because of their religion, and 15 percent were weaponless assaults. Arson accounted for 3 percent, or 34 instances. Threats of violence against Jews and Jewish institutions accounted for 29 percent.

Both the U.K. and France are home to Europe’s largest Jewish communities (approximately 250,000 and 500,000 respectively,) and Muslim communities, a fact which may explain the high incidences in those countries, Roni Stauber, a researcher of the institute, told reporters in Tel Aviv yesterday.

According to the study, most of the violent incidents, particularly in Western Europe, were found to have been carried out by individuals of Arab or Muslim backgrounds, although extreme right-wing activists also play a “significant role” in carrying out such attacks.

Dina Porat, who heads the institution, told reporters at a press conference on Sunday that anti-Semitism is directly linked to anti-Zionism.

The institute’s report was prepared with the cooperation of the European Jewish Congress.

Yesterday, the president of the European Jewish Congress, Moshe Kantor, criticized some Jewish communities – including that of Germany, which recorded 33 attacks last year – for “remaining silent” on some aspects of anti-Semitism. The Central Council of Jews in Germany, however, denied this.

Kantor said France and the U.K. have “well-organized and strong Jewish communities that are not afraid to speak up.” The fact that those countries lead Tel Aviv University’s chart on anti-Semitism during 2009, he added, might lead some Jewish officials elsewhere to lower their communities’ profiles.

The leaders of Germany’s Jewish community – which numbers between 100,000 and 200,000 – “remain very much silent on what’s going on,” he said, referring to some instances of anti-Semitism and to trade relations between German corporations with Iran, despite state-sponsored Holocaust denial and anti-Semitism by Iranian officials.

Levy Salomon, who is in charge of monitoring anti-Semitism in the Berlin area for the Central Council of Jews in Germany, said the community engages in “critical dialogue” with German authorities, and regularly speaks out against anti-Semitic incidents.