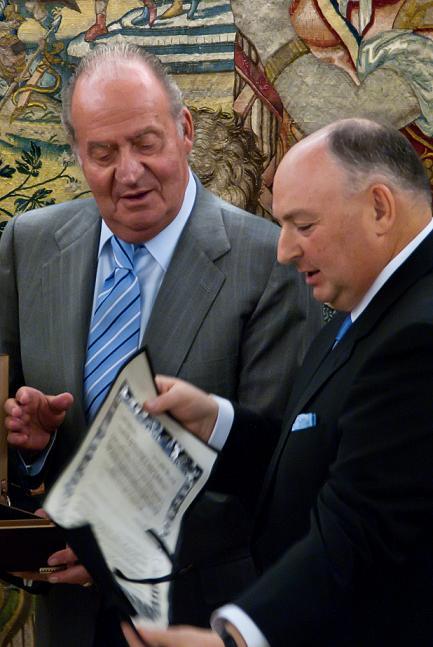 The King has received on Monday the first European Medal of Tolerance award granted by an organization of former presidents, former prime ministers and Nobel continent.

Don Juan Carlos has received this afternoon at the Zarzuela Palace a delegation of this organization created in 2008 as a European observatory of tolerance and of which the former head of the Spanish government Jose Maria Aznar is a member, but was not present at the meeting today, Europa Press reported.

The Council decided to give the King the first award granted by the “tolerance” that he has shown throughout his life, as well as his “role in the profound inner transformation” in Spain and internationally.

The medal is intended to recognize those experiences or successful initiatives in reconciliation and tolerance that can serve as examples for others.

The delegation to Zarzuela was led by former President of Poland Aleksander Kwasniewski, who has come together with the co-Chair and president of the European Jewish Congress, Moshe Viatcheslav Kantor, the Polish ambassador in Spain, Ryszard Szmepf, Secretary General Council, Ireneusz Bil, and the head of the delegation of the Committee in Brussels, Raissa Kalenova.