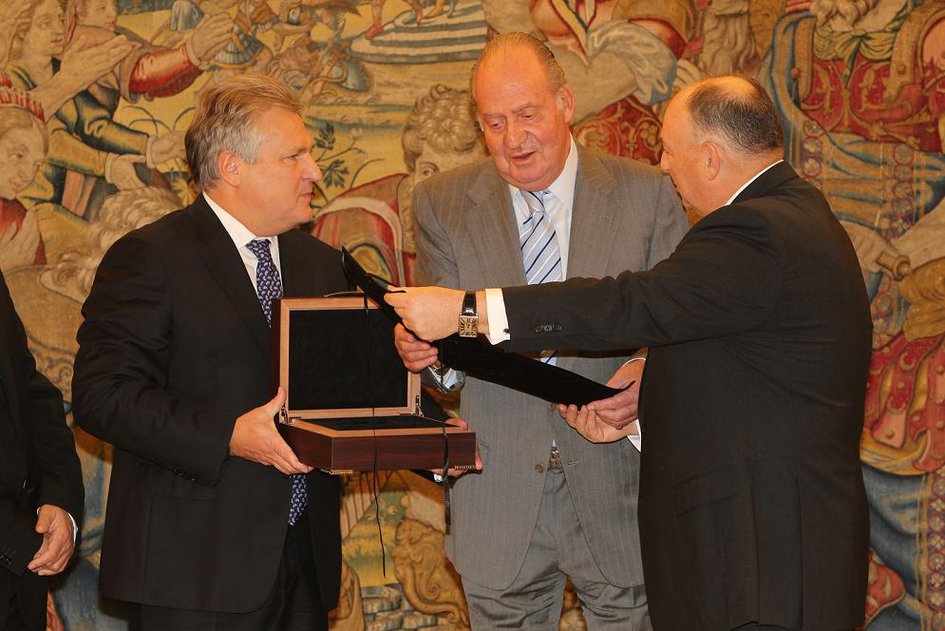 The European Council on Tolerance and Reconciliation (ECTR), which operates under the auspices of the European Jewish Congress (EJC), has bestowed Spanish King Juan Carlos with the first ever European Medal of Tolerance. The award was conferred on the king on Monday in Madrid by the co-chairmen of the ECTR, former Polish President Aleksander Kwaśniewski and EJC President Moshe Kantor (pictured right), in recognition of his devotion to tolerance and political reconciliation. “In Europe, there are major changes, whether it is the ongoing economic crisis or changes within the European Union, which the forces of intolerance are utilizing for their benefit, and we need leadership to steer us through these challenging times.” Kantor said.

The ECTR is comprised of former heads of European states, Nobel Peace Prize laureates and other individuals renowned for their achievements in promoting tolerance. The Paris-based group announced that it will hold a large conference in Dubrovnik, Croatia, later this month to discuss experiences in reconciliation and promotion of tolerance within Europe. The conference titled “Toward Reconciliation. Experiences, Techniques and Opportunities for Europe” is to be attended by leaders from current and former conflicts and disputes in Europe and experts on human rights issues and reconciliation.