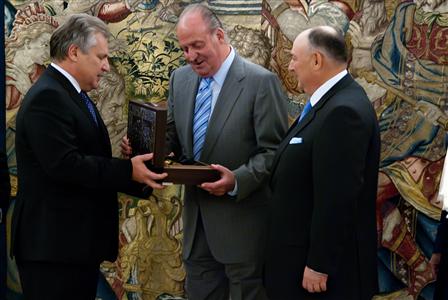 The European Council on Tolerance and Reconciliation bestowed Spanish King Juan Carlos with the first ever ‘European Medal of Tolerance’ in Madrid on Monday.

The medal was conferred on the King by co- chairs of the ECTR, former President of Poland, Aleksander Kwaśniewski and Moshe Kantor, President of the European Jewish Congress, in recognition of his devotion to tolerance and political reconciliation.

The ECTR will hold a large conference in Dubrovnik, Croatia, on 24-25th of October 2010, to discuss experiences in reconciliation and promotion of tolerance within Europe.