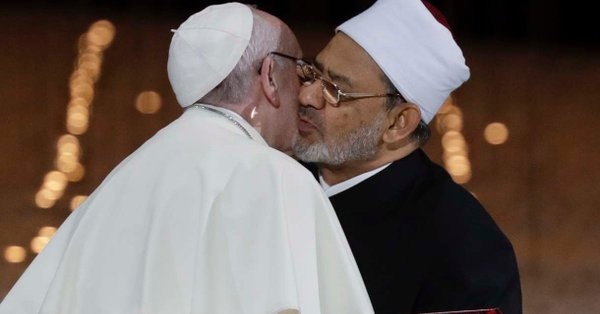 Jews and Muslims should be free to practice their religions in a united Europe, leaders of both faiths said in a statement.

The statement was presented Monday in Brussels to Herman Van Rompuy, the president of the European Council.

Fifty clerics petitioned Van Rompuy to protect their freedom of religion at a time when some right-populist parties are calling for bans to certain non-Christian religious practices, including circumcision for minors and kosher and halal butchering of meat. The statement urged that steps be taken to “ensure that Jews and Muslims are able to practice our respective faiths fully and unimpeded by intrusive, discriminatory and unfair governmental regulations.”

The meeting of senior clerics from Austria, Belgium, Britain, France, Germany, Italy, the Netherlands, Switzerland and the United States was convened in Brussels by the U.S.-based Foundation for Ethnic Understanding and the World Jewish Congress, and the Brussels-based European Jewish Congress.

British Imam Abduljalil Sajid opened the meeting with a prayer for victims of the recent fires in Israel and floods in Pakistan.

Among the clerics’ concerns were protection for new immigrants threatened by hatred and xenophobia, and support for programs that would bring together Muslim and Jewish youth. They also denounced all forms of violence in the name of any religion or ideology.

“We … must restrain the radicals within our own ranks and make sure they don’t gain the upper hand,” said Rabbi Marc Schneier, the president of the Foundation for Ethnic Understanding and WJC Vice President. He said the main purpose of the meeting was to “focus more on what unites us than what separates us.”

“Jews and Muslims [should] start talking more with each other and less about the other,” said Moshe Kantor, president of the European Jewish Congress.